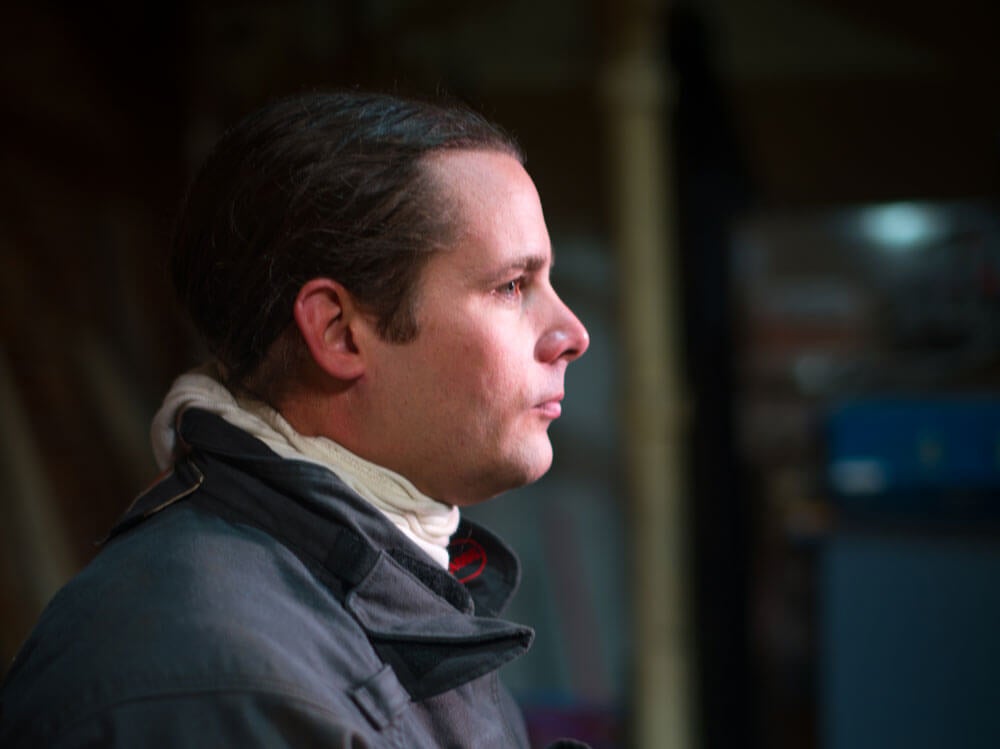 “The city has singled out and mistreated a heroic firefighter because of his religious beliefs.”
– Roger Byron, Senior Counsel, First Liberty Institute

Last week, on Thursday, October 26, First Liberty Institute and volunteer attorney Tom Marcelle filed a federal lawsuit on behalf of John Brooks, because his employer, the City of Utica, New York, has singled him out for religious discrimination and unequal treatment.

Brooks is a dedicated firefighter and a devout Nazirite who made a promise to God to not cut the hair on his head. However, the Utica Fire Department (UFD) has repeatedly refused to grant Brooks a religious accommodation from its grooming policy and has required him to either cut his hair or wear a hair net while on duty.

The UFD has not imposed such requirements on other firefighters with longer hair than Brooks.

In addition, the department’s hair net requirement has already itself proven to put John’s life in danger at an active fire scene.

“Mr. Brooks just wants to be treated fairly, like everyone else,” Roger Byron, Senior Counsel for First Liberty, stated in a press release. “The city has singled out and mistreated a heroic firefighter because of his religious beliefs. This is a textbook case of religious discrimination.”

“It is awful to be placed in a position of choosing between your convictions and your job,” Brooks also stated in the press release. “I love being a firefighter. All I want is for the City to accommodate my religious beliefs and treat me the same as other firefighters with long hair.”

DEDICATED TO GOD AND HIS COMMUNITY

Brooks dedicated himself to God and took a Nazirite vow—a tradition and practice that originates in the biblical text of Numbers 6. Brooks took his vow in 2014 on the day of the Feast of John the Baptist, who was also a Nazirite. Among other commitments, Brooks made a promise to God that he would not cut the hair on his head.

“The day I took my Nazirite vow was one of the most important days of my life,” Brooks has stated. “Being forced to cut my hair would devastate me and violate my covenant with God.”

But, Brooks has also served as a firefighter and paramedic in Utica for the last eleven years. His family has a heritage of public service, as Brooks followed in the footsteps of his father, who served the fire department for over forty years. Thirteen of those years were spent as the fire chief.

Brooks has demonstrated both heroism and compassion. He has been credited with swimming into a canal and diving down to try to find a young girl who had been involved in a car accident. In addition, he has given out of his personal resources to help a family devastated by a house fire.

Brooks keeps his hair tied back, like others in his department with hair longer than his, which keeps it from interfering with his work. Nonetheless, Brooks’ superiors required him to either cut his hair or wear special headgear. Since Brooks could not cut his hair without violating his sincerely-held religious beliefs, they demanded that he wear a baseball cap or a hair net.

The City of Utica’s employee handbook allows firefighters to request religious accommodations. Over Brooks’ career at the department, he has seen the city grant accommodations for members of other faiths.

In addition, other UFD firefighters have hair that is longer than Brooks’ hair. These firefighters and Brooks have identical equipment and job responsibilities. But, Brooks has been the subject of ongoing harassment because of his religious convictions.

Despite the actions of the City of Utica, employees—even firefighters and other government employees—do retain religious freedom rights on the job. For more information about religious liberty in the workplace, read the following article previously published in Liberty Watch: “4 Things You Should Know About Religious Expression in the Workplace. ”