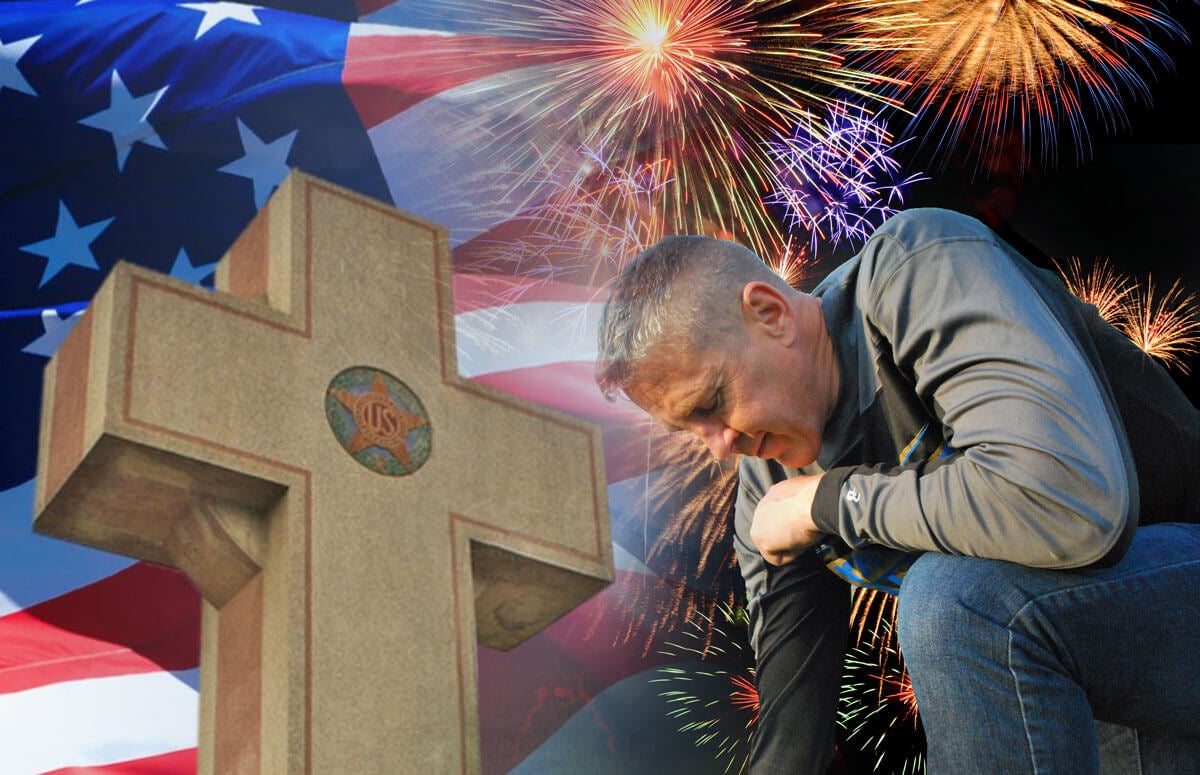 As you prepare to celebrate July 4th – our country’s 242nd anniversary of freedom and independence – First Liberty appeals to the highest court in America in our fight to restore religious liberty for Coach Joe Kennedy and to keep the Bladensburg WWI Veterans Memorial standing.

Are you ready to see a fireworks show unlike any other in our history? This year, the booming echoes of colorful gunpowder resonate all the more, as First Liberty takes two of the most important religious freedom cases of our generation to the Supreme Court of the United States.

Last week, our attorneys filed not one, but two cases with the highest court in the nation.

After several years of intense litigation, we’ve endured through an arduous fight to restore Coach Joe Kennedy’s constitutional rights and to prevent the destruction of the Bladensburg WWI Veterans Memorial. But now, we’ve taken a critical step toward the utmost showdown in both of these cases.

On this 4thof July, we remember our nation’s independence and the liberties that we enjoy. And what better way to honor our heritage of freedom than to appeal to the highest court in the land and defend the First Amendment rights of millions of Americans of their religious faith for generations to come.

Last week, First Liberty Institute and our network attorneys filed a petition with the U.S. Supreme Court on behalf of high school football coach Joe Kennedy. Beloved by his players and their parents, Kennedy was fired by the Bremerton School District in his home state of Washington because he kneeled on the field for a silent, 15-second prayer after each game.

Through years of litigation, Coach Kennedy has faced challenges and demands with heroic courage, especially after the U.S. Court of Appeals for the Ninth Circuit wrongly upheld the school district’s decision to fire him from his coaching position. This meant that to fully vindicate Coach Kennedy’s First Amendment rights, we had to petition the highest court in the land – the U.S. Supreme Court.

First Liberty attorneys also filed a petition – on behalf of The American Legion – to the U.S. Supreme Court to prevent a radical humanist group from desecrating (or outright demolishing) the Bladensburg WWI Veterans Memorial.

Erected in 1925 by The American Legion and local Gold-Star mothers, the memorial honors the sacrifices made by 49 men of Prince George’s County, Maryland who paid the ultimate price by giving their lives in the great “war to end all wars.” Many of the 49 Boys of Bladensburg never returned home to their wives or their mothers, and thus this memorial serves as their only gravestone on American shores.

In spite of its history and heritage, the American Humanist Association continues to argue that the memorial is unconstitutional and should be either altered or demolished.

And because our opponents will not relent in their pursuit of the memorial’s destruction, it meant that our legal team had to take this important fight to the U.S Supreme Court.

Simply said, banning all coaches from praying just because they can be seen is wrong and contradicts the Constitution. That’s why we must strive forward at this critical juncture and protect the right of every American to engage in private religious expression, including praying silently in public, without fear of getting fired.

It falls on our shoulders to remind Americans that we should honor the way Gold-Star mothers chose to remember their sons who died defending our freedom. It is incumbent upon us to fight for the men that already fought for us, to defend their legacy and ensure that they are never forgotten.

In filing these two petitions, we are about to embark on one of the most important ventures in defending religious liberty for millions of Americans. Because the Supreme Court is the final stop, our attorneys will be preparing for a closing battle that will have profound implications for the First Amendment and America’s most foundational freedom.