First Liberty President at VVS: Will You Stand? 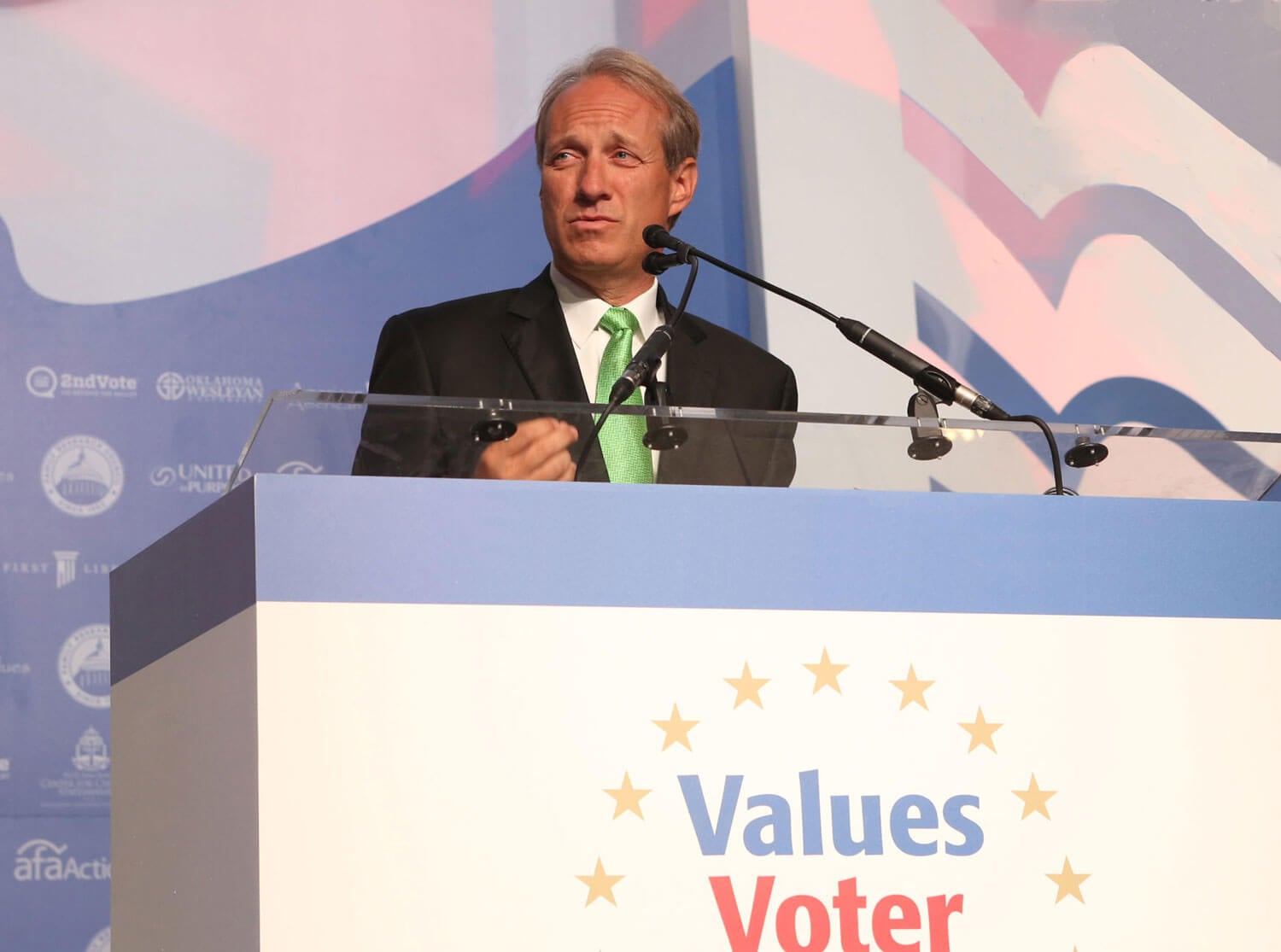 Are you willing to stand?

Sharing stories of First Liberty clients who have been discriminated against, fired and even financially penalized for their faith, Shackelford emphasized the hope that exists for religious freedom if Americans are willing to defend it.

Shackelford pointed to evidence that despite the rising hostility toward people of faith in America, religious liberty cases often win in court. He pointed specifically to First Liberty’s rate of victory “for over 15 years in a row”—90 percent.

Shackelford attributed the high percentage to “top attorneys in the country” who give their time to work on religious liberty cases locally, and current legal precedent supporting religious freedom.

“If people are willing to stand, we’re winning,” he continued. “The law, the history, the Constitution backs religious freedom. The First Amendment is here to stay. We just have to be willing to stand for that.” 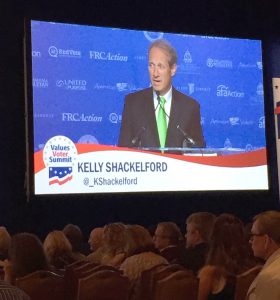 Over 100 people crowded into a room on Saturday afternoon for a breakout session with Mike Berry, First Liberty Senior Council and Director of Military Affairs, and three First Liberty clients in attendance at Values Voter Summit. Berry interviewed the clients about their stories.

Wes Modder was a decorated U.S. Navy Chaplain until he retired with honor earlier this month. Less than two years ago, however, he nearly lost his career and all chance of retirement benefits when the Navy threatened to terminate him after he expressed his religious beliefs in a private counseling session. Watch the video.

Joe Kennedy was a high school football coach in Bremerton, Washington where he coached successfully for seven years without any complaints—until the school district took issue with his personal practice of saying a prayer at the 50-yard-line after games. The school district denied Kennedy’s request for a religious accommodation to continue praying, something he was compelled by his faith to do. When he didn’t stop, they suspended him and ultimately fired him. First Liberty is defending him. Watch the video.

Oscar Rodriquez is a retired Army veteran who is known locally for delivering a rendition of the flag folding speech at public events and private retirement ceremonies. When Rodriguez agreed to perform the speech for his friend’s retirement, Army officials tried unsuccessfully to prevent him from attending—because the speech includes the word “God.” When Rodriguez stood to give the speech at the ceremony, officials physically assaulted him and dragged him out of the ceremony. First Liberty is defending him. Watch the video.

After the session and throughout summit, attendees had the chance to meet and interact with Modder, Kennedy and Rodriguez. The three combined gave 23 media interviews over the three-day period.

“Values Voter Summit was a great opportunity to educate both the media and the attendees about the fight these men have faced and are facing for their religious freedom,” Berry said.

Shackelford called on attendees to support them in his Friday address.

“Oscar Rodriguez is standing. Coach Joe Kennedy is standing. Multitudes of other people we’re representing across the country, they’re standing. My question to you is, will you stand with them?”

Shackelford was also joined by Modder, Kennedy and Rodriguez in a special breakfast session Saturday morning. 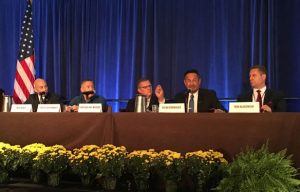 “Liberty thrives on diversity of opinion and on the options for people to be able to live out liberty,” Lankford said. So what are Americans to do when their liberties are being threatened? According to Lankford, “live your values.”

And according to Shackelford, there’s hope for religious liberty when you do.