Nearly two years ago, high school football coach and Marine veteran Joe Kennedy took a knee in silent prayer and lost his job. On Monday, he had his day in court in a pivotal religious liberty case heard in the Ninth Circuit, one step below the Supreme Court. 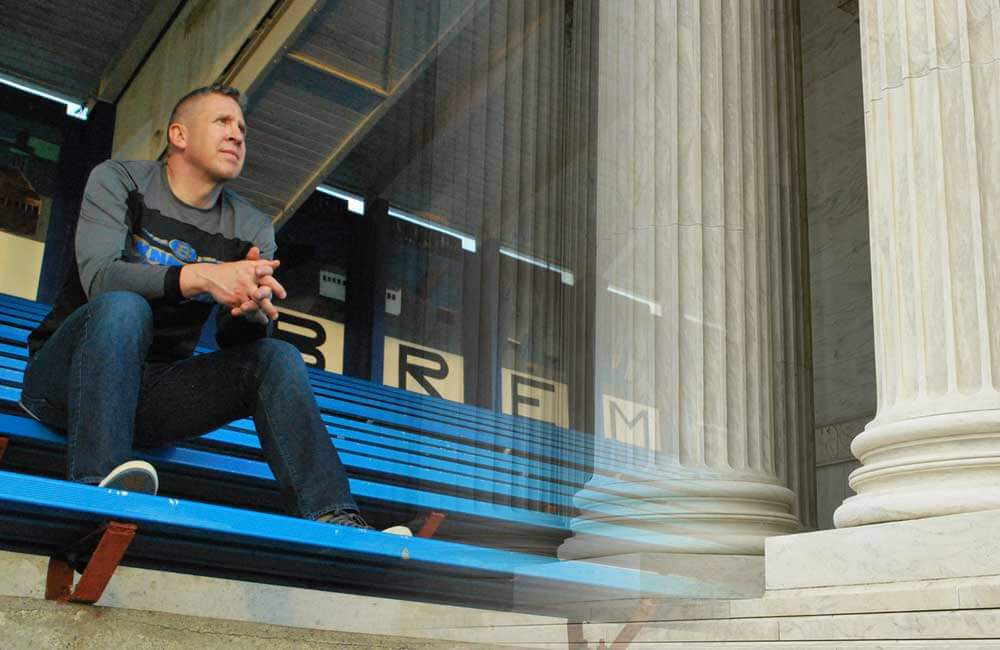 High school football coach and Marine veteran Joe Kennedy had his day in court on Monday, June 12 after being fired for silently praying after games. Attorneys with First Liberty Institute presented arguments to the U.S. Court of Appeals for the Ninth Circuit in Seattle over whether Bremerton School District may continue its discrimination against former coach Joe Kennedy.

“I fought in the Marines for our freedom,” Kennedy said. “I never though I’d have to go to court to protect my own.”

Over the last two years, Joe Kennedy’s saga has made national news. Coaches and public employees across the country who engage in similar religious expression are anxiously watching. President Donald Trump even mentioned it as an example of religious discrimination. Much rides on the outcome.

Right now, it’s up to the three judges who heard Kennedy’s case on Monday to decide whether Bremerton School District was wrong to fire him for his prayers. Their decision should come in a couple of months.

But Bremerton School District doesn’t see it that way.

After Kennedy coached his first game in 2008, he waited until all the players cleared the field and knelt alone in a silent prayer of thanksgiving. That’s what he wants to keep doing. It’s part of a commitment he made to thank God for the opportunity to coach.

In 2015, Bremerton School District told Kennedy to stop praying. They even went so far as to forbid Kennedy from showing his faith in any way in front of the public. They claimed that Kennedy’s prayers violated the First Amendment’s Establishment Clause.

Kennedy asked for a religious accommodation to continue his practice of giving a silent, personal prayer for 15 to 30 seconds on the field after games, but the district refused.

Kennedy is asking for the chance to coach his players again—without having his personal religious freedom stripped away.

Last year First Liberty attempted to have Kennedy reinstated as coach while the lawsuit progressed so he could be with his team. But a district court said no. That’s when we appealed the case to the Ninth Circuit.

According to First Liberty attorney Mike Berry, the legal argument in this case is that public school employees do not lose their First Amendment rights by virtue of their employment.

If the Ninth Circuit upholds the school district’s decision, it will uphold the district’s statement that coaches and teachers may not even silently pray.

“That could affect teachers and coaches of all religions,” said Deputy Chief Counsel Hiram Sasser. “Teachers with yarmulkes, hijabs, and crucifixes express their faith openly everyday in what they wear. A bad precedent could impact their freedom to do so.”

On Monday after oral arguments, Berry referred to an amicus brief filed in support of Kennedy by two other high school football coaches last fall. The two coaches knelt on the field with their team to protest racial injustice. They argued that the First Amendment protects coaches’ individual expressions, even on the job.

“My hope is that, at the end of the day, the court will let me get back to the sidelines and back with my team,” Kennedy said. 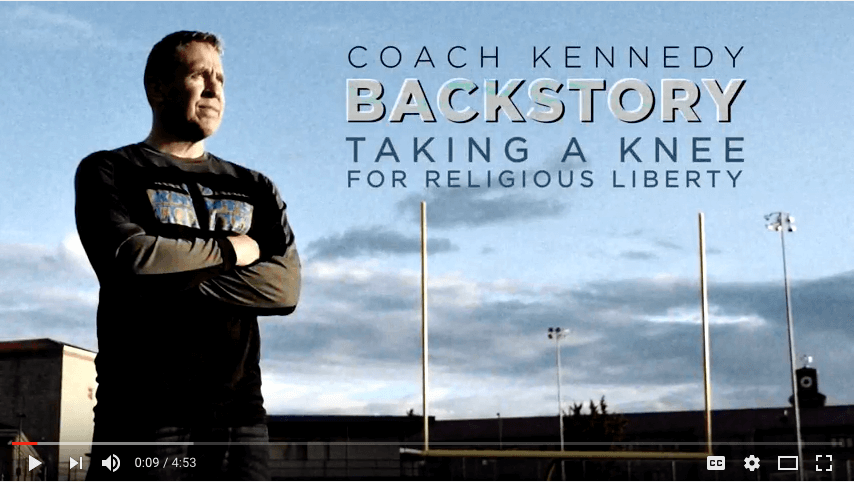 Coach Joe Kennedy’s journey through life helped prepare him for his current battle for religious freedom.