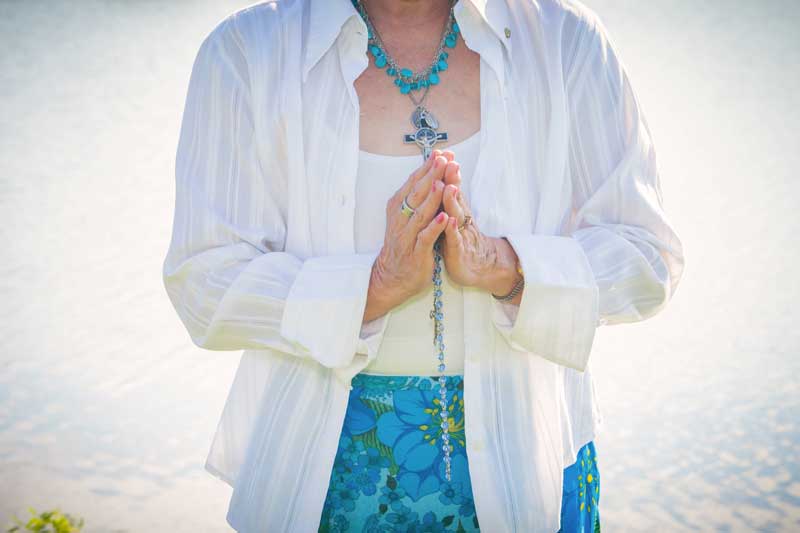 Oral arguments took place March 21 in the United States Court of Appeals for the Tenth Circuit on behalf of First Liberty client Mary Anne Sause of Louisburg, Kansas. Ms. Sause was ordered by police to stop praying in her own home. Her lawsuit was rejected by a federal district court that said that the police’s order “may have offended her, it does not constitute a burden on her ability to exercise her religion.”

With this oral argument Ms. Sause is one step closer to the vindication of her First Amendment rights. A decision is expected later this year.

But the bigger issue is that the City of Louisburg argued in their brief that the First Amendment’s guarantee of free exercise of religion amounts to little more than the right to choose a religion.

“This argument is shocking,” says Kelly Shackelford, President and CEO of First Liberty. He adds:

“Saying that religious freedom is merely the freedom to choose a religion would set a devastating federal precedent. It would, in effect, rewrite the First Amendment. That’s one reason we must win this case.”

First Liberty Institute, along with attorneys from the international law firm of Gibson Dunn & Crutcher LLP, represented Ms. Sause before the United States Court of Appeals for the Tenth Circuit, arguing that no government official should tell someone to stop praying in his or her own home. The attorneys argued that commanding Ms. Sause to stop praying without a legitimate law-enforcement justification burdens her ability to freely exercise her religion in her own home.

“No American should be told that they cannot pray in their own home,” says Stephanie Taub, Associate Counsel for First Liberty Institute. “The right to pray in the privacy of one’s own home is clearly protected by the First Amendment.”

Two police officers came to the home of Ms. Sause late at night on November 22, 2013 and demanded to be let in to her apartment, without giving a specific reason for why they were there. Only at the end of the encounter—an hour later—did they tell her that they were there for a minor noise complaint because her radio was too loud.

To this day, because of the incidents that happened that night, Ms. Sause says she lives in fear of the police and without a sense of peace in her own home. According to Ms. Sause, when the officers approached her door they did not identify themselves, and she could not see them through her broken peephole, so she did not open her door.

The officers left, but later returned to her home and again demanded to be let in. Once inside, the officers proceeded to harass Ms. Sause, telling her to prepare to go to jail, ordering her to stop praying, and saying the Constitution was “just a piece of paper.” The officers finally issued Ms. Sause tickets for “Interference with Law Enforcement” and “Disorderly Conduct.”

“The police are supposed to make you feel safe, but I was terrified that night,” Ms. Sause says. “It was one of the worst nights of my life.”

MAJOR ISSUES AT STAKE FOR ALL AMERICANS

The encounter with the police officers was concerning, but what followed was even more disturbing. Ms. Sause reported the incident to the officers’ supervisors several times. Every time, she was ignored.

In November 2015, Ms. Sause filed a federal lawsuit in District Court in Kansas. Then, in early 2016, the District Court dismissed Ms. Sause’s complaint, claiming that the police officer’s order to stop praying “may have offended her,” but did not “constitute a burden on her ability to exercise her religion.”

That is when First Liberty learned of the case and became involved at the appellate level.

First Liberty’s brief before the Tenth Circuit argues that the officers’ conduct violated Ms. Sause’s First Amendment right to pray in her own home and to be free from retaliation for exercising that right.

A major concern is the City’s argument that the Constitution’s guarantee of “free exercise” of religion means nothing more than the freedom to choose a religion. These serious distortions of law—and threats to the meaning of religious freedom—were answered this week before a panel of judges.

“Prayer is essential to Ms. Sause’s faith and everyday life,” says First Liberty’s Taub, “The government’s argument that the First Amendment only allows an individual to choose a religion, but not to fully exercise that faith, is a blatant misstatement of the law.”

Additionally, the brief argues that the District Court failed to follow proper rules of federal procedure when it dismissed her complaint.

First Liberty’s goal is to reverse the district court’s decision, see the City of Louisburg apologize for violating Ms. Sause’s rights, drop the charges they alleged against her, and abandon the dangerous view that religious freedom is nothing more than choosing a religion.