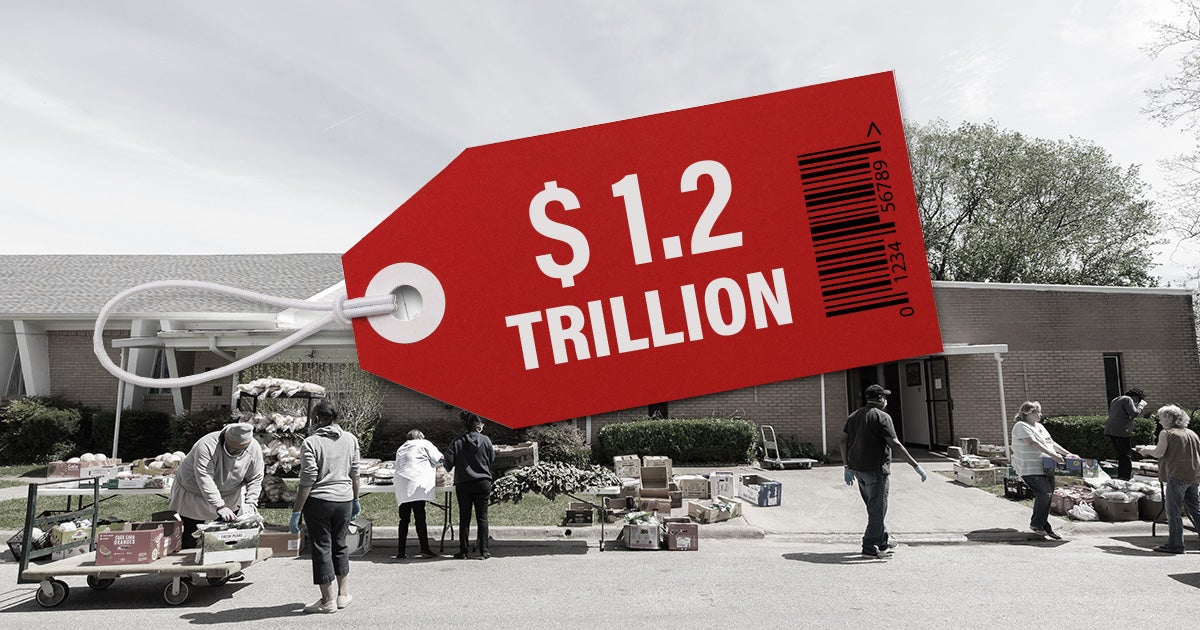 The COVID-19 pandemic has come at a great economic cost for millions of Americans. Recent reports show the viral outbreak has wreaked havoc on more than 40 million people in our country, leading to joblessness and record-high filings for unemployment assistance.

Of course, religious communities and faith leaders haven’t been immune to the economic fallout of the health crisis.

But despite facing financial pressure and hostile activists attacking them, faith-based organizations and churches have demonstrated an unwavering commitment to serve as their faith teaches. Throughout the epidemic, they’re reached out to help people in numerous ways, such as providing food, clothing, medical supplies, setting up field hospitals or even opening up their facilities as testing centers.

Indeed, this crisis has revealed the character of America’s religious communities. It has shown that the reason many of them exist is precisely because their beliefs inspire them to be a resource to people in need, and especially so in crisis situations.

At the same time, the crisis has made it increasingly clear why religious liberty is essential to America’s economy.

Punishing business-owners because of their religious beliefs is not only bad business…it’s unconstitutional.

Your donation to First Liberty helps us defend your right to run your business consistent with your faith.

Amidst the high hostility to religious expression and people of faith, Americans must recognize that there’s a heavy monetary price to pay for shutting down religious freedom.

The economic impact of religious organizations to our nation’s economy cannot be understated. Research shows the religious sector in America contributes an estimated $1.2 trillion dollars annually. That’s equivalent to being the world’s 15th largest national economy, putting it ahead of about 180 other countries!

Here’s how that incredible figure breaks down across several sectors:

Let’s pause for a moment and ask ourselves: What if opponents of religious liberty had their way and succeeded in shutting down all faith-based businesses, churches and religious institutions?

Think about the economic disaster that would create.

Is destroying a $1.2 trillion slice of the economy a price that we’re willing to pay?

Since employment is on everyone’s mind, let’s also consider what a permanent shut down of religious freedom would mean for the 1.72 million Americans working in what are estimated to be 350,000 houses of worship or faith-based institutions nationwide.

To put it in perspective, with an average annual salary of $35,000 per religiously-affiliated worker, the cost of putting 1.72 million out of work would amount to $60 billion…in a single year.

We can only wonder the additional debt the government would have to incur in order to fill the void once faith based social services are gone. Or perhaps it will be the zealous, anti-faith activists themselves who will make up for the lost economic output and charitable public assistance if they succeed in censoring and shutting down the religious sector.

The fact remains, that if we don’t protect religious liberty, we will end up paying the cost in much more than a constitutional currency. Our country will also have to pay a crippling price in real dollars.

Opponents who launch relentless assaults on religious freedom inevitably threaten one of America’s most charitable demographics: people of faith.

Research shows religious Americans are among the most generous, exceeding in giving far beyond their secular peers. In his book, Who Really Cares?, economist and former President of the American Enterprise Institute, Arthur C. Brooks notes:

Giving trends show that close to $130 billion in individual donations are given to religious organizations and houses of worship. That exceeds charitable giving to any other type of humanitarian causes, including arts, culture, education, public health, etc.

Shut down religious freedom and you’re likely going to also be closing down an entire sector of the population motivated by their faith to be generous and charitable.

So, what’s the bottom line?

When our religious liberties are in danger, so is our economy.

When the First Freedom falls, we experience the domino effect on all out other freedoms—and that includes economic liberty.

Religious groups, houses of worship and people of faith are often the first to shoulder the cost. But attacking religious freedom doesn’t just sum up to losing our first and most fundamental God-given rights. We lose economic freedom as well. It is not simply the religious community that experiences a loss, it is all Americans—religious or not.