How Religious Is Our Military? 3 Ways Faith and Defending Freedom Go Hand-in-Hand 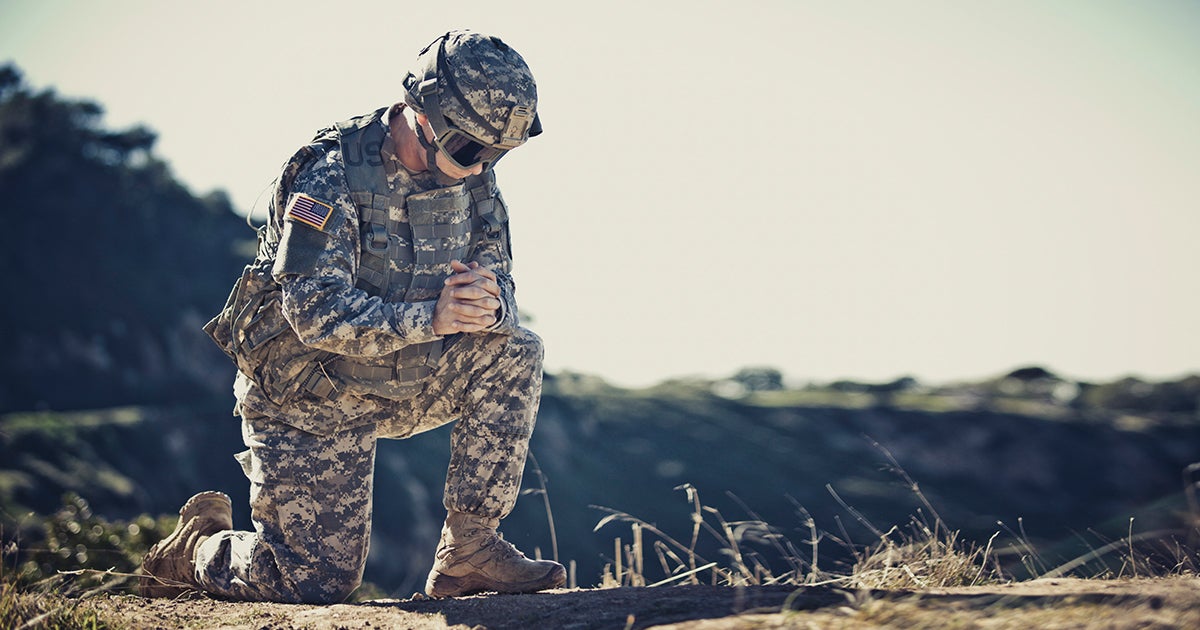 Do you have faith in our military servicemen and women?

Recently, a Pew Research survey reported that 80% of Americans have confidence in our armed forces to act in the best interest of the country and its people, far above many other political or governmental institutions.

In a way, this overwhelming statistic reveals that, like you and I, most Americans have faith in our military. We trust our men and women in uniform because, after all, thousands of them risk their lives and make great sacrifices every single day to defend our most cherished rights and freedoms.

So while many of us do place a great deal of faith in our brave servicemen and women, it’s also important to recognize how their faith, or religious beliefs, continue to play a central role inside our nation’s armed forces.

Many people don’t realize it at first, but faith and religious freedom are critical to our national security. They’ve been part of our America’s military history for hundreds of years, even before the formation and birth of the United States.

While there are many opposition, anti-religion groups who will try to defy it, today faith continues to be a force multiplier, a key element in mission and military preparedness, for those who serve inside America’s military.

In this special feature we’re going to take a closer look at religion inside our armed forces. Below are three key points you need to know about religion in the military, with key statistics and research to show us why we must protect the right of our nation’s military service members to live out their faith.

According to a recent study conducted by the Congressional Research Service, approximately 73% of all military service members identify as people of faith, compared to less than 3% percent who are atheist or agnostic. Religious diversity in the military is broadly representative of the U.S. population, with nearly 70% of active duty military personnel who consider themselves to be Christian.

The graph* below gives us a better understanding of religious diversity in our actively serving military: 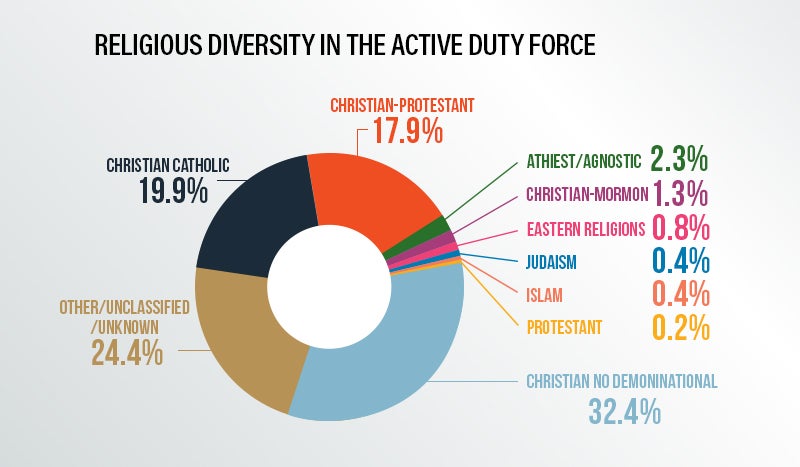 Over 90% of Military Veterans Say They Are Religious

Similarly, faith is also overwhelmingly present among veterans. According to an internal report conducted in 2015 by the U.S. Department of Veterans Affairs, over 18 million of nearly 20 million veterans in America (more than 90%) identify as being religious, with less than 6% reporting that they do not belong to a particular faith group or they don’t know their religious affiliation.

The graph** below shows a breakdown of the 12 different religious groups that were identified within the veteran community: 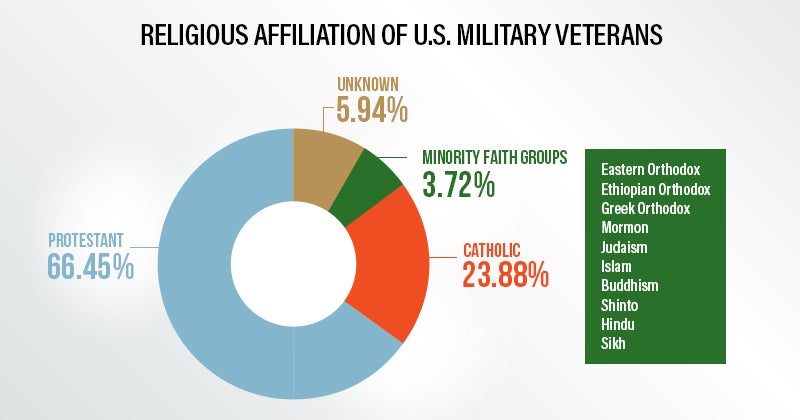 The military itself has a vibrant and growing community of various faiths.

Prior to 2017, the U.S. military recognized just over 100 religions, but during the current administration the Department of Defense expanded the list of recognized religions, bringing the total to 221 different faith groups. This most recent expansion includes a number of minority faiths, Christian and Jewish denominations, as well as humanist subgroups that are now formally included within the scope of the Department of Defense policy and regulatory protections.

In essence, as more religious groups are recognized, more servicemen and women who belong to smaller faiths are guaranteed the same rights and protections granted to their peers who are members of larger faith groups.

In all, faith is in the DNA of America’s military, and it is it imperative that we continue to protect our service members’ and our veterans’ constitutional rights, especially their freedom to live according to their religious beliefs.

Faith has played a central role since our nation’s inception, back to the founding era when George Washington led the Continental Army in the fight for independence. Today, over 70% of the men and women who serve in uniform continue to draw strength, courage and inspiration from their faith as they fight for the rights and freedoms that we cherish so dearly.

That’s why our collective mission here at First Liberty Institute is to fight for those who fight for us. We are the first line of defense when service members are targeted and attacked for the very faith that inspires them to risk life and limb to safeguard our hard-won freedoms.

Right now, YOU can be a force multiplier by supporting First Liberty’s efforts to protect and defend our service members’ from attacks on their religious freedom. Join the Fight.