Is the U.S. Army Punishing Military Chaplains For Their Religious Beliefs? 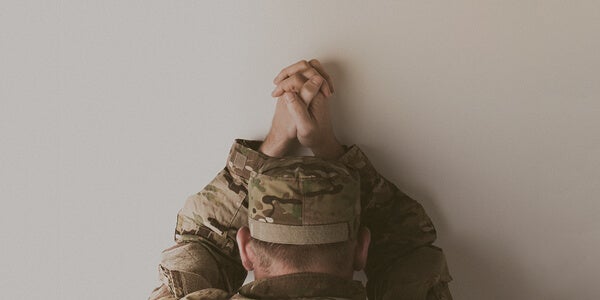 In a recent editorial, Mike Berry, First Liberty Deputy General Counsel and Director of Military Affairs, discusses the case of Chaplain Scott Squires, who complied with Army rules but is facing reprimand for adhering to his religious beliefs.

This article was originally published in The Daily Caller on April 21, 2018.

As a former active duty Marine Corps officer, I’ve had the privilege of serving alongside quite a few military chaplains. For better or worse, popular culture has created a somewhat stereotypical portrayal of the military chaplain—many readers may recall the fictional character Father Francis Mulcahy from the television show M*A*S*H. In my experience, chaplains are some of the most dedicated and professional service members in our armed forces.

As an attorney focused on the area of religious liberty, I can say without exception that taking adverse action against a chaplain because he cannot act contrary to his sincerely held religious beliefs not only violates federal law, it prevents a chaplain from completing his mission.

Among the chaplains my firm, First Liberty Institute, has successfully represented, Army Chaplain Scott Squires is the latest to be dragged into a fight for his religious freedom, not to mention his career and reputation.

A soldier of 25-years — including multiple tours in Afghanistan, Africa, and the Middle East –Chaplain Squires is a decorated officer currently stationed at Ft. Bragg, North Carolina. First as an enlisted soldier, and now as a chaplain, he’s had a stellar career, helping untold numbers of soldiers and their dependents through the hardships and challenges of military life.

According to Department of Defense regulations, chaplains must meet several requirements. In addition to being qualified to serve as a military officer, chaplains must also be “endorsed” by a recognized religious organization. That’s because, as one federal court observed, chaplains not only represent the military, they also represent their faith group.

As faith group representatives, Department of Defense regulations require chaplains to adhere to the tenets of their endorsing organizations. Failure to do so could result in a chaplain losing their endorsement, meaning they can no longer be a chaplain.

The North American Mission Board (NAMB) of the Southern Baptist Convention endorses Chaplain Squires. Among the many doctrinal tenets to which the NAMB subscribes, one is that no NAMB-endorsed chaplain may conduct marriage retreats for same-sex couples.

NAMB’s position is far from unique, as the majority of military chaplains belong to denominations with similar doctrine on marriage, doctrine that is rooted in millennia of church teaching.

The Army investigator apparently believed Chaplain Squires should have violated his denomination’s teachings and military regulations. He faulted Chaplain Squires for acting “as if his NAMB restrictions superseded” a soldier’s desire to attend a marriage retreat. Ironically, according to federal law, NAMB restrictions do, in fact, supersede soldiers’ rights when it comes to NAMB chaplains.

Inexplicably, even though the Army investigator concluded that any “discrimination” was “unintentional” and that the Army’s regulations regarding the matter are “unclear,” he recommended that Chaplain Squires be reprimanded, something that would tarnish the career and reputation of an otherwise exemplary officer and soldier.

On behalf of Chaplain Squires, my firm sent a letter to Army officials urging them to reverse the investigator’s recommendation and ensure that Chaplain Squires’ record is cleared.

In other words, we want the U.S. Army to follow the law, just as Chaplain Squires did.

Do you know someone in the military? Would they know their rights?

First Liberty offers premier legal resources for America’s service members and military families. We equip you with the information and tools that can deter attacks on your constitutional rights.

Don’t get caught in an ambush! Download your Religious Liberty Protection Kit for the US Military today!