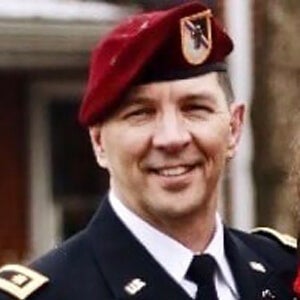 First Liberty defends chaplain and chaplain assistant who complied with Army rules but face reprimand for adhering to religious beliefs.

Chaplain Scott Squires faced potential disciplinary action by the United States Army for adhering to his church’s religious teaching on marriage. Following a complaint, an Army investigator concluded that Chaplain Squires was guilty of discrimination when Squires explained he could not conduct a Strong Bonds marriage retreat with same sex couples due to the requirements of his chaplain-endorsing agency, the North American Mission Board of the Southern Baptist Convention. Even though Squires successfully ensured the soldier was placed in the next available Strong Bonds retreat conducted by another chaplain without restrictions, the investigator concluded Squires’ conduct was discriminatory, and recommended that Squires be reprimanded. Squires’ chaplain assistant, SSG Kacie Griffin, was included in the investigation for simply informing Squires of the couple’s application and letting the couple know that Chaplain Squires would want to speak with them about the event. Griffin faced the prospect of losing her opportunity to receive an officer’s commission and a full ride college scholarship because of one general’s intentional indecision. First Liberty Institute sent a letter to the U.S. Army urging it to reverse the investigator’s conclusion and recommendation of disciplinary action. The U.S. Army complied with First Liberty’s request and completely exonerated Chaplain Squires and SSG Griffin.

DISCIPLINED FOR FOLLOWING THE RULES

No chaplain should be punished for following the rules. But Chaplain Scott Squires, who has served his country for 25 years, first as an enlisted soldier, and now as a Chaplain in the United States Army, faced the specter of a court martial for following the rules of his denomination and military policy. Meanwhile, SSG Kacie Griffin, chaplain assistant to CH Squires, lost her place in the highly selective, “Green to Gold” ROTC program. Why? When a same-sex couple registered for a marriage retreat CH Squires was scheduled to facilitate, he was prevented from leading the retreat by the rules of his endorsing agency, the North American Mission Board (NAMB) of the Southern Baptist Convention (SBC). SSG Griffin merely communicated information to CH Squires.

A Chaplain Who Follows the Rules

The North American Mission Board of the Southern Baptist Convention endorses CH Squires. Without that endorsement, he cannot serve as an Army chaplain. NAMB, following SBC doctrine, does not permit their Chaplains to facilitate marriage retreats that include same sex couples. Doing so would violate the Southern Baptist Church’s beliefs on the institution of marriage and could result in a chaplain losing his endorsement. Army regulations also require Chaplains to adhere to their endorsing agency’s rules and religious tenets. Thankfully, the Army has a policy that requires those chaplains who are constrained by their endorsing agency to remove themselves from such retreats and allow another chaplain to facilitate the retreat.

When his assistant, SSG Kacie Griffin, informed CH Squires that a soldier in a same sex marriage wanted to attend a marriage seminar, CH Squires took the appropriate action required by his church and the Army. CH Squires immediately consulted with his direct command and then worked quickly to personally ensure the soldier was included in the next seminar being conducted by a Chaplain without restrictions. For reasons unknown, the soldier never attended the rescheduled retreat.

When the soldier filed a complaint, the Army launched an investigation into Squires’ actions, which eventually landed on the desk of Major General Kurt Sonntag. An Army investigator recommended that SSG Griffin be reprimanded for her purely administrative act. Her immediate supervisor cleared SSG Griffin of those charges, but when the complainant appealed that decision to MG Sonntag, SSG Griffin lost her eligibility for the Army’s “Green to Gold” program in which enlisted soldiers are competitively selected to attend college and become commissioned officers because MG Sonntag deliberately refused to decide the appeal.

After First Liberty submitted its rebuttal identifying significant legal and factual errors with the initial investigation report, MG Sonntag directed the same investigator to continue investigating and to submit a new report. After further investigation, that investigator recently recommended that CH Squires be found guilty of “dereliction of duty” for taking just three business days to reschedule a marriage retreat he was prohibited from facilitating to ensure the couple could attend. Such a recommendation could have lead to a court martial for CH Squires and time in a military prison.

The new report, however, either intentionally or negligently overlooked evidence from the investigation clearing Chaplain Squires of any wrongdoing. The investigator claimed Squires didn’t discuss the situation with his superior officer before taking action to reschedule the marriage retreat, but his senior chaplain told the investigator that he did discuss the situation. Not only that, the chaplain that replaced Squires on the retreat told the Army investigator, “He was responsible in his duties the entire time as I see it.” Despite this clear evidence, the Army investigator concluded that Chaplain Squires should be charged with “dereliction of duty.” Read our response here.

Read First Liberty’s letter to the Secretary of Army here.

Under federal law and Department of Defense regulations, the military may not take adverse action against a chaplain who acts in accordance with his or her religious tenets. First Liberty sent multiple letters to the U.S. Army urging it to reverse the investigator’s decision and the recommendation that Squires and Griffin be disciplined.

“The United States Army, acting under the command of Major General Sonntag, was threatening to punish one of its chaplains because he followed the rules,” said Mike Berry, Deputy General Counsel and Director of Military Affairs to First Liberty. “No chaplain should face the specter of a court martial and military prison for following the rules of their faith and the Army. We’re grateful to the U.S. Army for reversing course, respecting the religious liberty of its soldiers and restoring both Squires and Griffin’s careers.”

Read the Army’s report recommending CH Squires be charged with “dereliction of duty” and First Liberty’s response urging that the recommendation be rejected.

Ft. Bragg, N.C.—Today, the United States Army announced that it has rejected the findings of an investigation, and will abandon charges of “dereliction of duty” against First Liberty Institute clients Chaplain Scott Squires and Chaplain Assistant, SSG Kacie Griffin. An earlier Army report recommended Squires be disciplined for following the rules of the Army and taking three business days to reschedule a marriage retreat he was prohibited by his denomination from facilitating.

“We are grateful that the Army has rejected and abandoned these baseless charges,” said Mike Berry, Deputy General Counsel and Director of Military Affairs to First Liberty. “The United States military is no place for anti-religious hostility against its own military chaplains. Chaplains like Scott Squires assistant Kacie Griffin do not have to give up their First Amendment rights in order to serve their fellow soldiers.”

The complaint that triggered an investigation of Chaplain Squires alleged that he discriminated against a same-sex couple when he quickly rescheduled a marriage retreat his chaplain endorsing agency, the North American Mission Board (NAMB) of the Southern Baptist Convention (SBC), prevents its chaplains from facilitating. Despite Department of Defense (DOD) regulations that require chaplains to adhere to their endorsers’ rules and religious tenets and overlooking statements clearing Chaplain Squires of any wrongdoing, an Army investigator recommended that Squires be found guilty of “dereliction of duty,” a court martial offense that could have resulted in up to six months in military prison.

“I look forward to being able to focus on continuing my career serving my fellow soldiers,” said Chaplain Squires. “I am eternally grateful to First Liberty for covering my six and fighting to restore my religious liberty.” 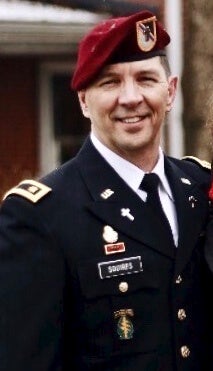 The use of this photo does not imply DOD endorsement. 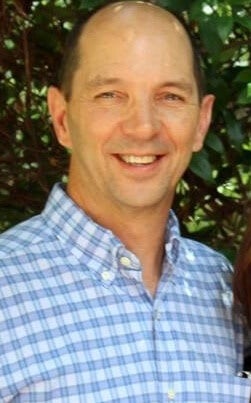 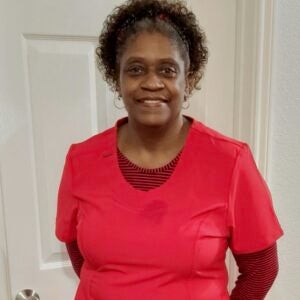 Health care workers should never be forced to choose their beliefs or their job. 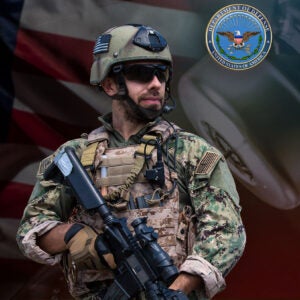