400 Trials, Military Prison and Losing Liberty—Is This the Country We Want? 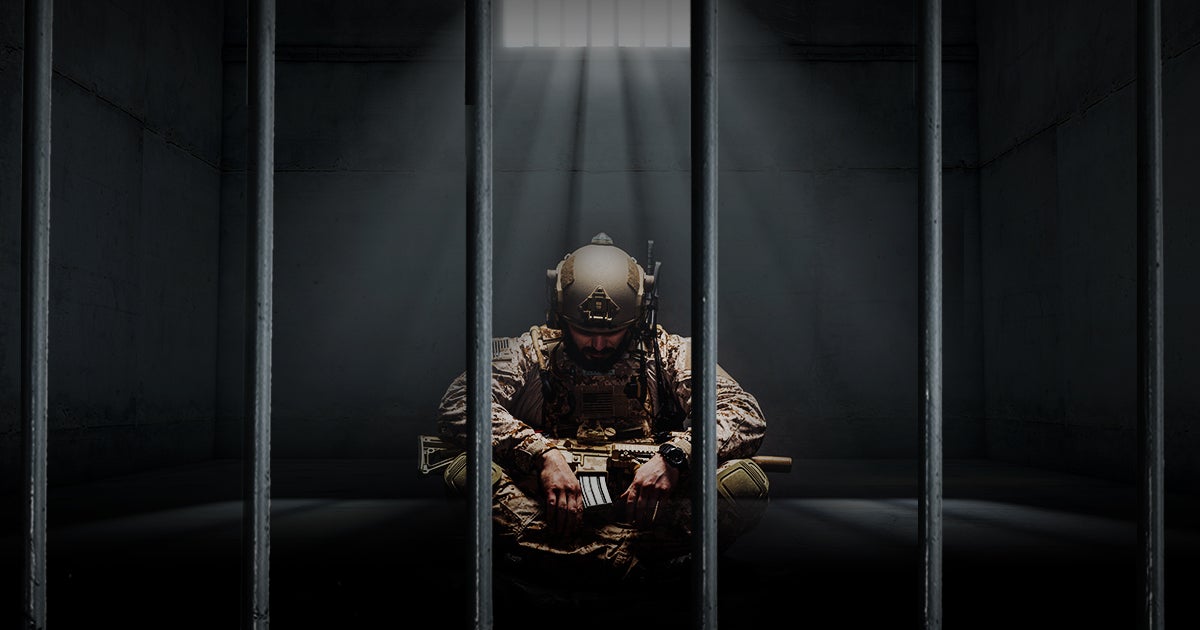 I heard something recently that really got under my skin.

There’s an infamous anti-faith group—deceptively named Military Religious Freedom Foundation (MRFF)—that won’t stop threatening the religious freedom of our country’s servicemen and women, the very freedom they risk their lives defending for the rest of us.

I’ve dealt with this group in the past, and believe me, their reputation precedes them – and not in a good way. Countless times, I’ve had to fight and litigate against them because their sole mission is to erase the religious freedom that’s been foundational to America’s armed forces since the days of George Washington.

But in all the times I’ve had to face them, I’ve never heard something quite like what the head of MRFF said recently in reference to officers who would share their faith with fellow service members:

“When people ask me about what I want in the military, I tell them it’s 400. Four hundred trials by general courts-martial. We need people to lose their liberty and go to jail for what they’ve done.”

What a dishonorable and disgraceful statement to make against the men and women who sacrifice their health and risk their lives for us.

The MRFF filed a complaint demanding that the Air Force ban commanders from even briefly invoking God (such as, “God bless America”) during change-of-command ceremonies.

Honestly, is this the country we want? A nation where brave military heroes who defend our nation face the possibility of military prison because they opted to exercise their constitutional right to live out their faith?

This is the same group that we are fighting right now because they filed a lawsuit to remove a WWII veteran’s Bible from a POW/MIA remembrance display in a VA facility in New Hampshire, even going so far as to call it “repugnant.”

That veteran is Herman “Herk” Streitberger, and I can tell you with certainty that the Bible he donated to that VA facility indeed belongs on that remembrance table.

During his capture at a German prison camp during WWII, Herk found strength in his faith. Like thousands of other service members and veterans, Herk is a living example of American prisoners of war who’ve relied on their faith as a source of comfort, courage and strength during their captivity.

Our nation has historically maintained the sacred tradition of setting a separate table in countless Department of Defense and VA facilities to honor prisoners of war and those who went missing in action.

Removing Herk’s Bible from a POW/MIA Remembrance Table or display is an insult to his legacy and his sacrifice. And, it would also be a dishonor to countless brave American heroes who’ve had to endure torture, imprisonment and cruelty while in the hands of the enemy.

We simply cannot allow MRFF to have its way, but the alarming reality is that the MRFF isn’t going to stop or relent in its aggressive campaign of attacks against faith and religious expression in the military.

If they want to remove Herk’s Bible, they’re going to have to go through us. It’s not going to happen on our watch.

As you know, this is a historic and crucial year for religious liberty in America. We’re experiencing a sea-change for religious freedom unlike anything we’ve seen in the last 50 years.

Today, we have a unique opportunity to stand together and fight for Herk, as well as the thousands of our nation’s heroes who are being attacked by fringe, agenda-driven groups like the MRFF.

First Liberty Institute is spearheading a national petition drive calling for President Trump to issue an executive order that will protect religious freedom in America’s military.

This would be a direct order from the commander-in-chief to respect the First Amendment rights of all servicemen and women. This order would reiterate that the Constitution guarantees religious freedom for those who risk their lives for you and me.

And, it would serve as a deterrent and a bulwark against the barrage of attacks brought on by the MRFF, or anyone else who wants to try to take away the constitutional rights of our men and women in uniform.

We need you to join the national effort. With your support, First Liberty Institute can make a major and lasting impact on the preservation of religious freedom in the U.S. military.