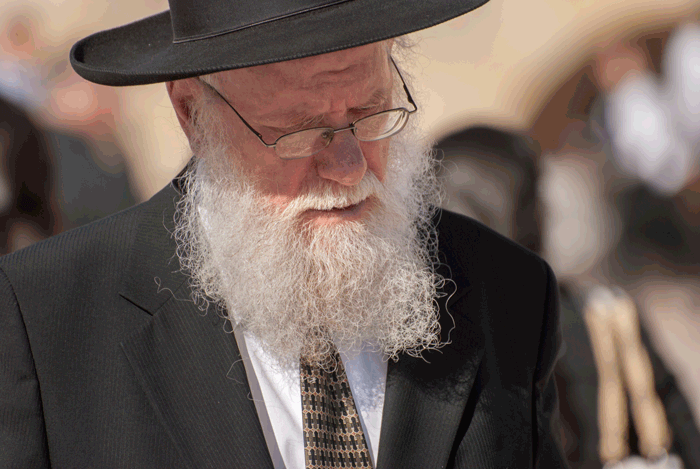 A few days before the Jewish New Year of Rosh Hashanah, observed this year on October 2, an extremist special interest group filed a federal lawsuit to stop a small Jewish synagogue in California from partaking in a traditional ceremony to be carried out shortly thereafter.

The kaporos (“atonement”) ceremony is a centuries-old religious tradition, dating back at least 1,100 years. Once a year right before Yom Kippur—which occurs on the 10th day after Rosh Hashanah commences—participants ask God for atonement. During the rite, a chicken is passed over the participant’s head three times and then killed in a way that comports with standard Jewish kosher laws.

This year, a Maryland-based special interest group, United Poultry Concerns, tried to stop Chabad of Irvine from participating in the ceremony, even though the state of California and the federal government have recognized kosher killings to be legal and humane.

The extremist group obtained a temporary restraining order against Chabad of Irvine on Friday, October 7, 2016. It threatened to bar the small synagogue from performing its kaporos ceremony this year.

Then First Liberty came on the case.

First Liberty and volunteer attorneys from the international law firm WilmerHale worked through the night to protect the synagogue. Read the legal brief here. On Tuesday afternoon, right before Yom Kippur started, the federal judge lifted the ban, giving Chabad of Irvine the freedom to perform the ceremony in accordance with its beliefs.

“All Americans have a right to practice their religious traditions in peace,” Hiram Sasser, Deputy Chief Counsel for First Liberty Institute and co-counsel for the synagogue, says. “This is a great victory not only for the members of the synagogue, but for every person of faith in America.”

Chabad of Irvine: Dedicated to Faith and Love

Located in Irvine, California, Chabad of Irvine is committed to one value in particular — a love for all Jews. The synagogue has served Jews in the California community since 1979, offering ministries like counseling, hospital visitations, clubs for children and adults, religious education, and more.

“One of the primary aspirations of Chabad is to generate a resurgence of Jewish tradition and awareness throughout the community. By arousing intellectual interest, Chabad is able to re-link Jewish adults with their roots as they are enabled to discover what was previously vague and unavailable to them.”

In keeping with this mission and their deeply held religious beliefs, members of Chabad of Irvine hold a kaporos ceremony every year before Yom Kippur.

During the ceremony, the atonement of sins is facilitated through prayer and the kosher killing of a chicken. Afterward, the monetary value of the bird is given to the poor.

Like other Jewish synagogues, Chabad of Irvine emphasizes that humane treatment of the birds throughout every process of the ceremony is a priority and a requirement of Jewish law.

Such kaporos ceremonies are common among Jewish communities across the nation and the world. Many synagogues organize events where many families in the community can come to participate in the ceremony together.

United Poultry Concerns is determined to force the millennia-old religious practice to cease.

On September 29, 2016, United Poultry Concerns, whose stated interest is in “the treatment of domestic fowl,” filed a lawsuit against Chabad of Irvine over their annual kaporos ceremony.

On October 7, a federal district court in California issued an ex parte temporary restraining order against the Chabad of Irvine.

“The kaporos ceremony is a cherished tradition of our faith,” Rabbi Alter Tenenbaum, the rabbi of the Chabad of Irvine, says. “To be ordered to stop our religious practice because some refuse to tolerate our beliefs was deeply distressing.”

First Liberty Institute stepped in and appeared as Chabad of Irvine’s legal representation on October 11, 2016, filing an emergency brief on behalf of the synagogue. In the brief, attorneys from First Liberty and WilmerHale asked the judge to lift the temporary restraining order in time for them to hold their kaporos ceremony and celebrate Yom Kippur. Federal Judge André Birotte Jr. heard the arguments and lifted the ban that day.

“We are grateful to Judge Birotte for taking emergency action to ensure that the Jewish synagogue members’ First Amendment rights were safeguarded during Yom Kippur,” Matthew Martens, partner with WilmerHale and lead counsel for the synagogue, says.

This year, as in the past 1,100 years, the Jewish community in Irvine, California was free to observe its religious rituals. Lawyers for Chabad of Irvine will soon return to court to ensure that Chabad of Irvine remains permanently free to exercise its faith for years to come.