With the support of Texas Attorney General Ken Paxton, Judge Wayne Mack’s legal team defends the constitutionality of opening court with an invocation

Judge Wayne Mack is asking a Texas federal court to dismiss a lawsuit brought against him by the Freedom From Religion Foundation (FFRF).

The lawsuit seeks to end the Montgomery County judge’s practice of allowing volunteer chaplains to open his court proceedings with an invocation — an American tradition still held at the U.S. Supreme Court. 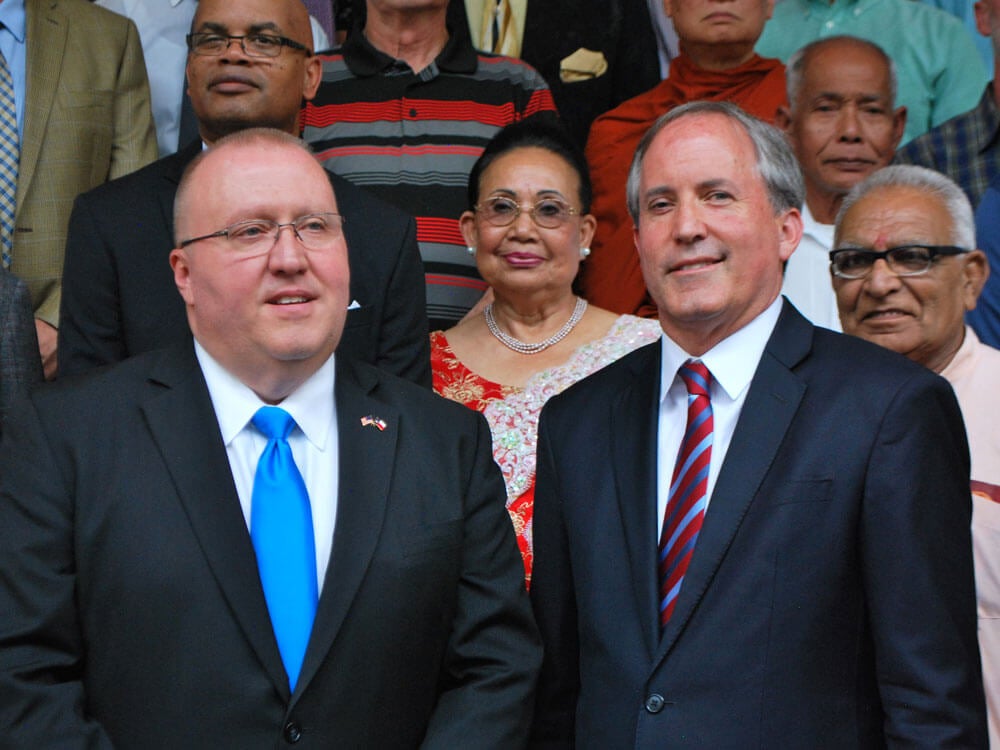 First Liberty Institute and Gibson Dunn & Crutcher LLP filed the Motion to Dismiss on Wednesday, May 17. Texas Attorney General Ken Paxton intervened in the lawsuit in support of Judge Mack.

“If the Supreme Court, Congress, and cities and towns across the country can open their meetings with an invocation, then Judge Mack can certainly do so,” said Hiram Sasser, Deputy Chief Counsel for First Liberty Institute.

Judge Mack’s legal battle is nothing new. It began in 2014 when the FFRF complained about his volunteer chaplaincy program and courtroom invocations to the Texas State Commission on Judicial Conduct.

Mack began the chaplaincy program years ago to help alleviate his duties as both County Coroner and Medical Examiner. He saw the need for a response to the emotional needs of many of the community members he served. The program enlists volunteer chaplains of all faiths. After a local death, a chaplain arrives to comfort loved ones while Mack carries out his official investigative duties.

Mack says allowing those chaplains to open his courtroom proceedings with an invocation is one way he honors their service.

He also made sure both his chaplaincy program and courtroom invocations were legal before implementing them.

“Judge Mack simply allows chaplains from all faiths to provide invocations in the same manner that was recently approved by the United States Supreme Court,” Sasser said.

After a hearing with Judge Mack and his First Liberty attorneys in November of 2015, the Commission dismissed FFRF’s complaint.

But the true victory came for Judge Mack several months later in August 2016.

Paxton’s opinion asserted that the practice did not violate the Establishment Clause of the Constitution’s First Amendment.

Congress shall make no law respecting an establishment of religion, or prohibiting the free exercise thereof.

“I was stunned to learn that I had been sued because I provide the opportunity for chaplains from all faith traditions to offer an invocation,” Mack said. “I thought the Attorney General’s opinion settled this issue.”

U.S. Rep. Kevin Brady, a Republican from Texas and the House Deputy Whip, believes “this hollow federal lawsuit is designed specifically to intimidate.”

“Judge Mack has the courage to stand strong for our history and tradition, and I and many others in our nation are proud to stand with him.”

As for Mack, he says, “I look forward to putting this behind me so I can get back to the important business of serving the citizens of Montgomery County.”