First Liberty to fight back to protect school’s religious freedom. 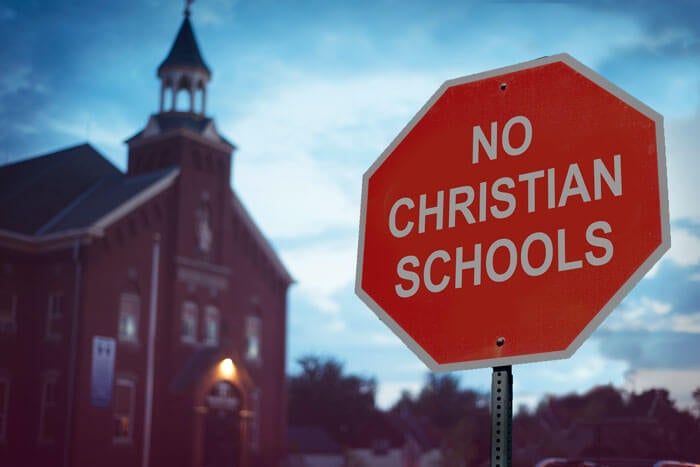 On Friday, June 2, a three-judge panel of the United States Court of Appeals for the Sixth Circuit ruled that a Michigan township can effectively forbid First Liberty client Livingston Christian School (LCS) from moving into its town. The court found that the township’s refusal to let LCS occupy a church building would not “constitute a substantial burden” on the school’s free exercise of religion – even if it were the only available location in town.

“This precedent is very dangerous,” stated Hiram Sasser, Deputy Chief Counsel of First Liberty. “It states that it is not a burden on religious exercise for a city to effectively ban religious schools, churches, synagogues or mosques from moving into town. This is shocking and cannot be allowed to stand.”

Sasser added, “Towns who use their zoning laws to keep religious schools and organizations out of their backyard violate federal law and the First Amendment.”

CHRISTIAN SCHOOL DENIED PERMIT TO MOVE TO ONLY VIABLE LOCATION

Livingston Christian School (LCS) had operated in Pinckney, Michigan for nine years. In 2014, however, the school looked for a new location

The only viable option the school found was in Genoa Township at Brighton Church of the Nazarene. LCS and Brighton Church entered into an agreement for the school to lease one of the church’s buildings. In March 2015, the church, on behalf of LCS, submitted an application to amend its existing special use land permit so that the school would be allowed to use the church’s property.

The township, however, denied the application outright—despite the fact that several hired consultants, the township’s Planning Commission, and the township’s Community Development Director had recommended the school be allowed to operate on the property.

At the time of the vote, the township offered no explanation for its decision, but the board later elaborated and claimed several reasons for the denial. These reasons included the contentions that the school would overburden the public infrastructure and would not “[p]romote harmonious and organized development consistent with adjacent land uses.”

LCS filed a lawsuit against the township in federal court, but the court ruled against the school, claiming that the school’s religious liberty had not been “substantially burdened.”

In November 2016, First Liberty and volunteer attorneys from Covington & Burling, LLP filed an appeal to the U.S. Circuit Court of Appeals for the Sixth Circuit.

First Liberty’s appeal noted that because the church property was the only viable place for LCS to exist, the township’s denial threatened the school’s ability to carry out its religious mission and the school’s very survival.

The appeal argued that the township’s actions did, in fact, place a substantial burden on LCS’s free exercise of religion and therefore violated the Religious Land Use and Institutionalized Persons Act (RLUIPA). The township also violated RLUIPA by failing to narrowly tailor its actions, as RLUIPA requires government agencies to act in “the least restrictive means” possible.

First Liberty Institute is dedicated to defending the religious freedom rights of Livingston Christian School. First Liberty has successfully represented other religious institutions—such as Opulent Life Church, which was a major federal appeals court victory, and Plano Vietnamese Baptist Church—in matters relating to zoning ordinances. Even if this case goes to the U.S. Supreme Court, First Liberty attorneys say they will continue to defend the rights of LCS, parents and children, and other schools confronting similar resistance.