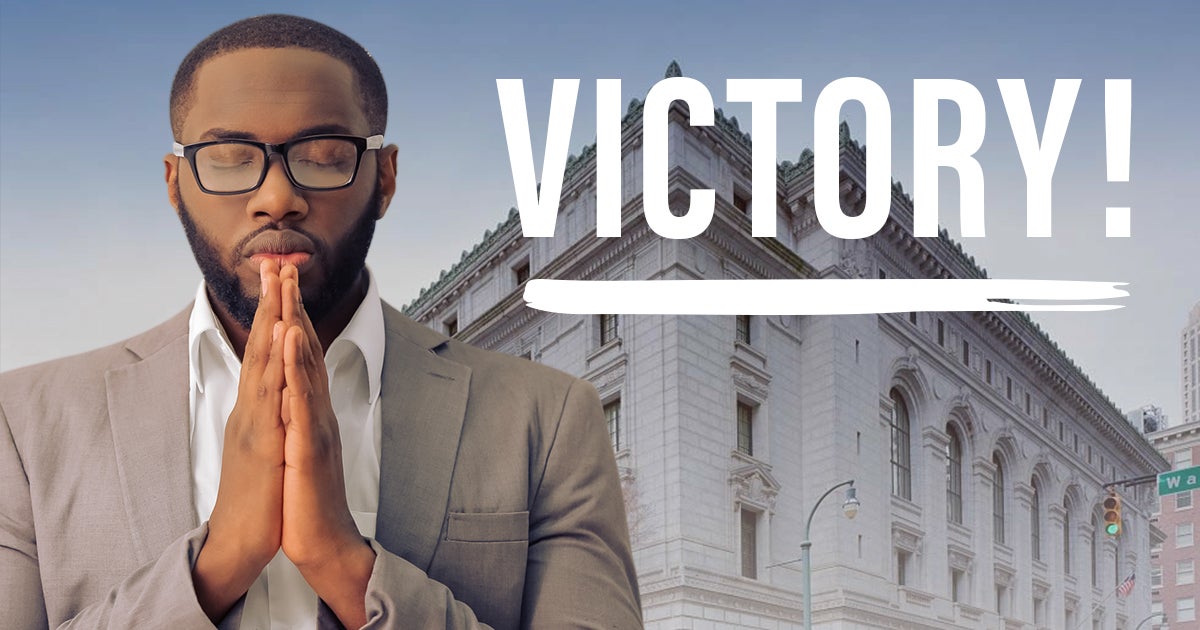 Last week, First Liberty and our network attorneys at Kirkland & Ellis LLP and Kent & McFarland, won a critical victory in federal appeals court after a juror was dismissed during deliberation for seeking guidance through prayer and believing his prayers were answered.

What’s even more encouraging is that this victory for religious freedom couldn’t have been delivered at a more appropriate time, as the U.S. Court of Appeals for the Eleventh Circuit en banc (meaning, all of the judges on that court) issued its decision on the National Day of Prayer. The Eleventh Circuit ruled that a federal district court judge abused his discretion by dismissing the juror.

Chief Judge William Pryor, writing for the full panel of judges on the Eleventh Circuit, explained:

“Jurors may pray for and believe they have received divine guidance as they determine another person’s innocence or guilt, a profound civic duty but a daunting task to say the least.”

So, why is this victory significant for religious liberty?

Watch the video below. First Liberty’s President, CEO and Chief Counsel, Kelly Shackelford, explains the importance of this victory not just for one juror, but for every person of faith across the country:

Think about how contradictory it is for a court or judge to ask a juror to take an oath under God—a statement that quite literally ends with the words “So, help me God”—but then subsequently punish that person for acting on those words, praying and asking God for guidance and believing that God answered their prayer.

Because the Eleventh Circuit ruled that it was impermissible to dismiss the juror in this case, it set a precedent protecting millions of Americans so that they can’t be disqualified from fulfilling their civic duty as jurors simply because they believe that God answers prayer.

In a brief submitted to the Eleventh Circuit, Former Solicitor General Paul Clement—the lead network attorney working alongside First Liberty to defend the juror’s right to pray—summarized it best:

“A nation that enshrines religious toleration in its founding document and invokes the religious beliefs of its citizenry to reinforce their public oaths cannot dismiss jurors based on the way they express their religious convictions.”

More broadly, this victory also reaffirms America’s commitment to religious liberty, and not just a superficial freedom that vainly asks people to swear an oath to God as a platitude or a formality, but the full liberty of living out one’s faith in the public square without having to “check it at the front door.”

Beyond carrying out one’s civic responsibility through jury duty, it only takes a quick glance at American history to see how commonly public leaders rely on faith, prayer, and divine guidance as they make critical decisions—ranging from the president, members of Congress, the cabinet, governors, state legislators, country commissioners, councilmembers and other government officials throughout the country.

America has demonstrated for over two centuries a longstanding protection of religious expression in the public square. And in all that time, people of faith have been more than capable of carrying out their duties as jurors, judges, legislators, or as the president…all while living out their religious beliefs and convictions.

True religious freedom means at least having the freedom to pray, whether publicly or privately. And of course, this includes the freedom to believe God answers your prayers without being automatically disqualified from jury service or from serving one’s country in general.