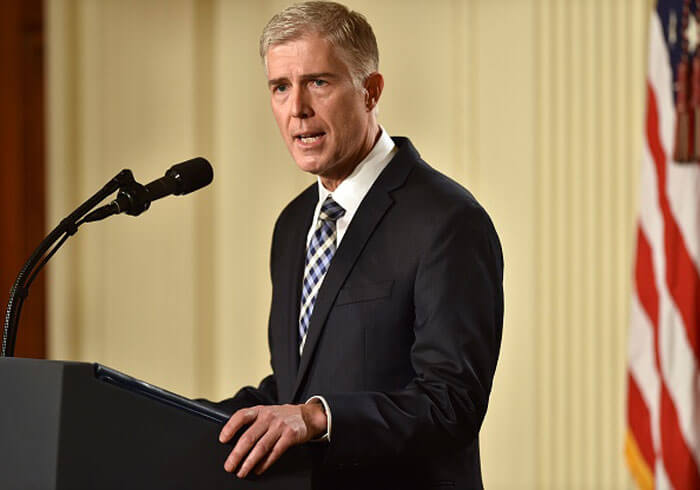 On Tuesday, President Donald Trump announced his nomination of Judge Neil Gorsuch to the U.S. Supreme Court. Judge Gorsuch has served on the United States Court of Appeals for the Tenth Circuit since 2006.

“As a candidate, President Trump promised to appoint pro-religious freedom judges to the Supreme Court,” Shackelford says. “He took a positive step toward achieving that goal.”

This is part of an ongoing effort to provide analysis and input to the new administration on nominees to the High Court and other federal courts.

“As a religious freedom law firm, we have one criterion for evaluating judicial candidates,” said Shackelford about this process. “We ask, ‘Does this candidate have a proven record of upholding the Constitution, especially as it relates to religious freedom?’ I am pleased to say that Judge Gorsuch has just such a record, authoring or joining multiple landmark opinions upholding religious freedom.”

Some of the most notable religious freedom opinions Judge Gorsuch wrote or signed as a judge on the Tenth Circuit Court of Appeals include:

Judge Gorsuch was nominated to the Court by President George W. Bush, and unanimously confirmed by the U.S. Senate.

But no one expects his path through the Senate to be easy this time, as opponents are already mobilizing—an effort that includes zeroing in on Judge Gorsuch’s positions on issues where he has found the Constitution consistent with religious freedom.

FOLLOWING THE TRADITION OF JUSTICE SCALIA

In 2016, speaking of Justice Scalia, he said, “focus on text, structure, and history is essential to the proper exercise of the judicial function.”

He said that “judges should be in the business of declaring what the law is using the traditional tools of interpretation, rather than pronouncing the law as they might wish it to be in light of their own political views . . . Though the critics are loud and the temptations to join them may be many, mark me down too as a believer that the traditional account of the judicial role Justice Scalia defended will endure.”

Such statements, along with his record in court, give hope to friends of religious freedom.

“America needs Supreme Court justices who will uphold the Constitution and defend the religious liberty of every American,” Kelly Shackelford says. “I am hopeful that Judge Gorsuch will live up to President Trump’s and the American people’s expectations and strongly protect our constitutional freedoms.”