Kennedy Kicks Off: With a “Fresh Set of Downs” from the Supreme Court, We’re Ready to Win Coach Joe’s Case 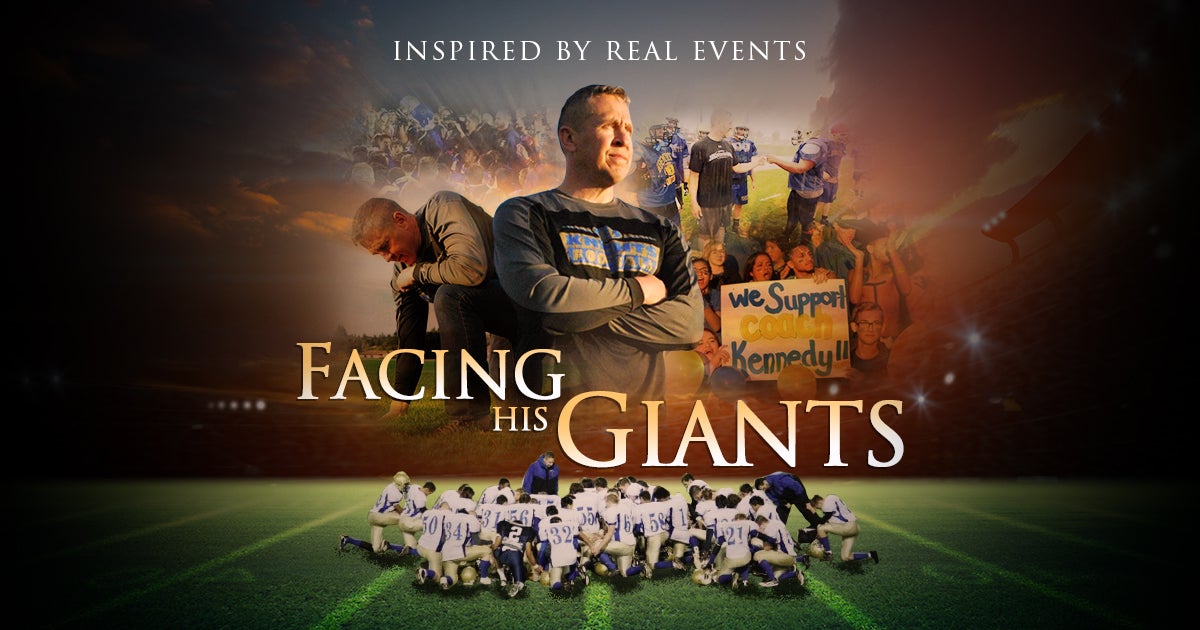 Across the nation, football fans know what time it is: it’s game time!

Like you, plus millions of fans across America, we’re eagerly watching our favorite teams finish their pre-season openers. You can literally feel the rush…the excitement…and the passion kicking in – or better said, kicking off!

And with the regular season just around the corner, there’s one “home team” in particular that’s getting ready to take the field and execute their innovative game-plan.

Which team is it?

You may recall that earlier this year, four Justices of the Supreme Court issued a very rare statement signaling what we’d need to do in order to win Coach Kennedy’s case, including what questions needed to be answered for the Court to possibly hear his case in the future.

And now that Coach Kennedy’s case is back at the district court level for a second time, our All-Pro legal team huddled-up, went back to the X’s and O’s of the case, and put together an innovative new game-plan.

In short, we’ve got a fresh set of downs and we’re ready to battle for all 4 quarters of this historic fight for religious freedom.

Join First Liberty’s “First Down Giving Challenge.” Help us get a legal victory for Coach Joe by donating $10 for every first down your favorite team makes during their season opener. Or, why not just make a $50 gift for a coach who prayed on the 50? Give today.

There comes a time in life when you have to take a stand for what you believe. And Coach Kennedy did just that…he took a stand by kneeling in prayer.

As a man of faith, part of his “agreement with God” was that if he ever had the opportunity to become a football coach, he would give God the glory after every game.

For him, that meant going to the 50 yard-line to kneel down in a brief, silent prayer – win or lose. That was his commitment to God. Not showing up or not fulfilling his promise, was never an option.

That’s what sets Coach Kennedy apart. His heroic persistence is what makes him unique, and most of us who’ve talked to him personally quickly find that he’s not merely an “X’s and O’s” coach.

He’s a great coach who always asks his players, and himself, to dig deeper.

As a retired Marine Corps Gunnery Sergeant who did a combat tour during Operation Desert Storm, he instilled the intangible values of leadership, character, fidelity and persistence in those he coached.

That’s largely what made him a beloved favorite among his players, many of whom came from less-than-ideal backgrounds, as well as among parents and families in his community.

In addition to teaching the importance of winning values, one of the most profound things Coach Kennedy would constantly tell his players was to take a stand when adversity came their way.

So, when he was struck with adversity and was fired for privately praying on the field, Coach Kennedy knew he had to be a leader and live up to what he’d taught his players.

Never one to back down from a challenge, he and our firm fought in federal court for several years. Despite numerous setbacks, his courage and tenacity eventually took his case all the way to the nation’s highest court, the U.S. Supreme Court.

Even though the High Court opted not to hear his case earlier this year and effectively reset the game clock by sending his case back to the trial court, this Marine and combat veteran has no plans to run from the fight.

Right now, as our legal team prepares for the next round of litigation, one that will require a countless amount of effort and grit, we are hopeful that the bad calls he’s endured for the past three seasons will be reversed.

We’re looking forward to a final victory so that Coach Joe can soon be back on the field doing what he loves…being a fantastic coach while freely and openly living out his faith. And if he wins, it will set a precedent for the entire nation.

Related story: Exclusive Interview with Coach Joe Kennedy. How 20 Years in the Marine Corps Gave Him the Courage to Kneel. Read more.