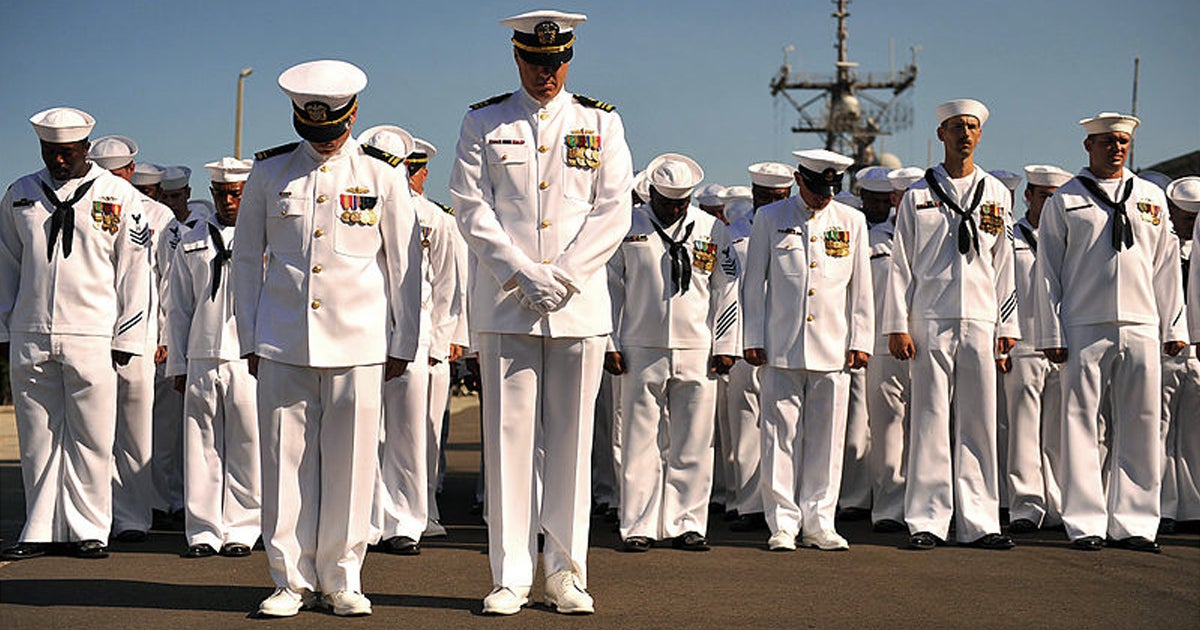 The Military Religious Freedom Foundation (MRFF) is once again creating a problem where none exists.

Their latest target is Cmdr. Richard Smothers, chaplain of Naval Station Newport in Rhode Island, who is teaching a 12-week, optional seminar called “Lead Like Jesus.”

This time, the MRFF decided to stir up unnecessary trouble when an email was sent to base leaders, containing a flyer with information about the faith-based seminar. They’re demanding that the base’s commander, Ian Johnson, conduct a full investigation of Cmdr. Smothers and anyone else who promoted the event with flyers or emails. They argue that through the email flyers, service members are being “voluntold” to attend a Christian event.

Last time we checked, a military chaplain’s primary function is to provide religious services and counseling, which inevitably means informing fellow service members of updates regarding faith-related seminars for which attendance is voluntary. However, it seems like the MRFF has invented a “mythical” version of the Constitution where chaplains are in violation of the law for…doing their job.

Below we explain not only why the MRFF’s claim is both outrageous and extreme, but also why it doesn’t have any solid legal basis. Additionally, we’re giving you a brief refresh of the longstanding history and the essential role chaplains play in keeping America’s military service members spiritually fit.

Christian Chaplains Can Talk About Jesus — It’s What They Do

Encouraging troops through faith is a chaplain’s job. How can a chaplain perform his duties if he can’t even mention his religion’s most important figure?

Most chaplains are endorsed by a particular church or religious organization, whether Christian, Jewish, Muslim or a host of other religions. They agree to uphold that organization’s beliefs and to carry out their duties as a representative of their faith. If they don’t, they lose their endorsement.

That’s why it’s so absurd when chaplains are attacked for sharing certain aspects of their faith—like a Christian chaplain giving a seminar about Jesus. It goes against their very job description.

Just like chaplains can choose an endorsing organization, military members can choose which chaplains they associate with or from whom they seek religious counseling.

Contrary to what the MRFF portrays, Christianity isn’t being forced upon any service member. If they elect to seek out a chaplain’s service, military policy allows them to choose one whose religious tradition best matches their own.

Responding to this most recent complaint, Elizabeth Baker, Navy Region Mid-Atlantic spokeswoman, stated: “It’s not any kind of directive from the chaplain to lead like Jesus…it’s a discussion series after services only for those who volunteer to attend.”

Chaplains are Intrinsic to America’s Military

During the Revolutionary War, George Washington recognized that spiritual fortitude is just as important as physical strength. That’s why one of his first requests to the Continental Congress was to have chaplains in each regiment, which eventually led to the formation of the Chaplain Corps in 1775.

To this day, the chaplain corps has withstood the test of time as a valuable asset and a necessary institution critical to each branch of the U.S. military.

First Liberty Has Fought This Battle Before — And Won

Of all military service members, you would expect chaplains to be able to live and to serve their country in accordance with their faith. However, it’s evident that the assault on military chaplains is persistent. The good news is that First Liberty’s victories on behalf of military chaplains are consistent:

These Attacks Aren’t Limited to the Military

The All Out war on religious expression isn’t just limited to the military. People of faith in the public square are coming under fire on a regular basis. Not long ago, activists called for the U.S. inspector general to investigate Secretary of State Mike Pompeo because he mentioned how his Christian faith informed his leadership style.

Americans shouldn’t be afraid to speak publicly of their faith—whether they’re an elected official, a military chaplain or a student in school.

By going All In with First Liberty, you can help us continue defending military chaplains like Cmdr. Smothers from the MRFF’s attacks, as well as reclaiming the right of all—service members and civilians alike—to freely live out their faith.