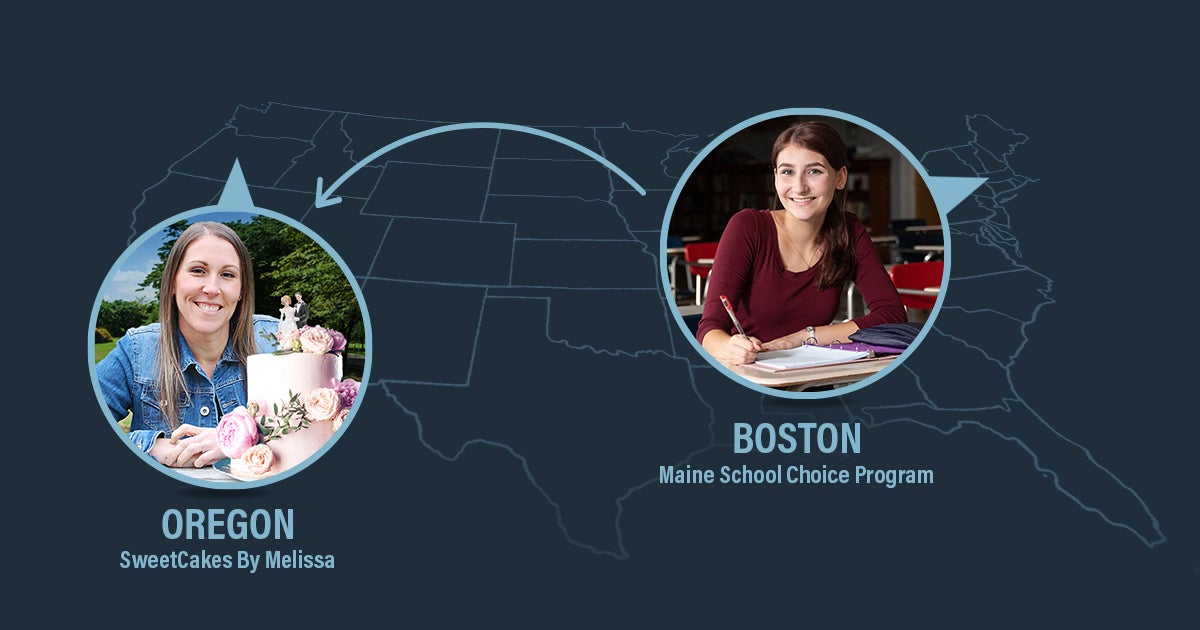 Last June, the Supreme Court sent a clear message to Oregon officials: Aaron and Melissa Klein, owners of their family bakery, SweetCakes by Melissa, are “entitled to the neutral and respectful consideration of [their] claims in all the circumstances of the [Masterpiece] case.”

In other words, award-winning cake artist Melissa Klein deserves the same protection from religious discrimination that was afforded to Jack Phillips in his Supreme Court victory and that the “government has no role in deciding or even suggesting whether the religious grounds for a conscience-based objection is legitimate or illegitimate.”

Late yesterday, at the Oregon Court of Appeals in Salem, First Liberty attorneys presented oral argument in the key next step in determining whether Oregon government officials should be in the business of deciding whose faith is — or is not — acceptable. Or, whether they must remain neutral.

By now, many of you familiar with Aaron and Melissa’s horrific, seven-year struggle through the liberal-leaning court system for politely declining to bake a custom wedding cake for a same-sex couple. In response to the Kleins’ religious convictions, the Bureau of Labor and Industries punished them with $135,000 penalty, forcing them to shut down their flourishing family business – one they had dreamed of passing along to their children.

For the Kleins, and for thousands of other faith-based small business owners, the implications of this case are tantamount as to whether the government can force anyone in America to choose between their faith and their livelihood, and whether government officials have the legal authority to force Christian-owned businesses to close if the business declines to participate in a same-sex wedding or event.

Since opening their business in 2007, the Kleins have always been happy to serve everyone who comes into their bakery, but they simply cannot endorse all messages. Nor, should the government be allowed to force them to do so.

The Constitution requires government officials to abide by a strict standard of religious neutrality and respectful tolerance of the religious beliefs of Americans. As Justice Kennedy explained in the Supreme Court’s 2018 NIFLA decision, “government must not be allowed to force persons to express a message contrary to their deepest convictions. Freedom of speech secures freedom of thought and belief.”

But the big question remains: will the Oregon Court of Appeals openly defy the Supreme Court of the United States?

Stay tuned for breaking updates as the case progresses—we’ll be the first to let you know right here in the Insider.

Stand With Aaron & Melissa Klein & Send Them A Letter of Support

Earlier this week, First Liberty and the Institute for Justice appeared before the U.S. Court of Appeals for the First Circuit in Massachusetts to challenge the state of Maine’s school choice program.

The program is designed to help families in areas without public schools by offering tuition payments for students to attend the public or private school of their choice in lieu of maintaining public schools of their own.

First Liberty filed an “friend-of-the-court” brief in a similar case from Montana currently before the U.S. Supreme Court on behalf of our client, Forge Mentoring.

A decision in the Maine case may be delayed until the Supreme Court issues its decision in Montana, which will be heard this term.