3 Reasons: Why There’s No Such Thing as a “Secular” Constitution 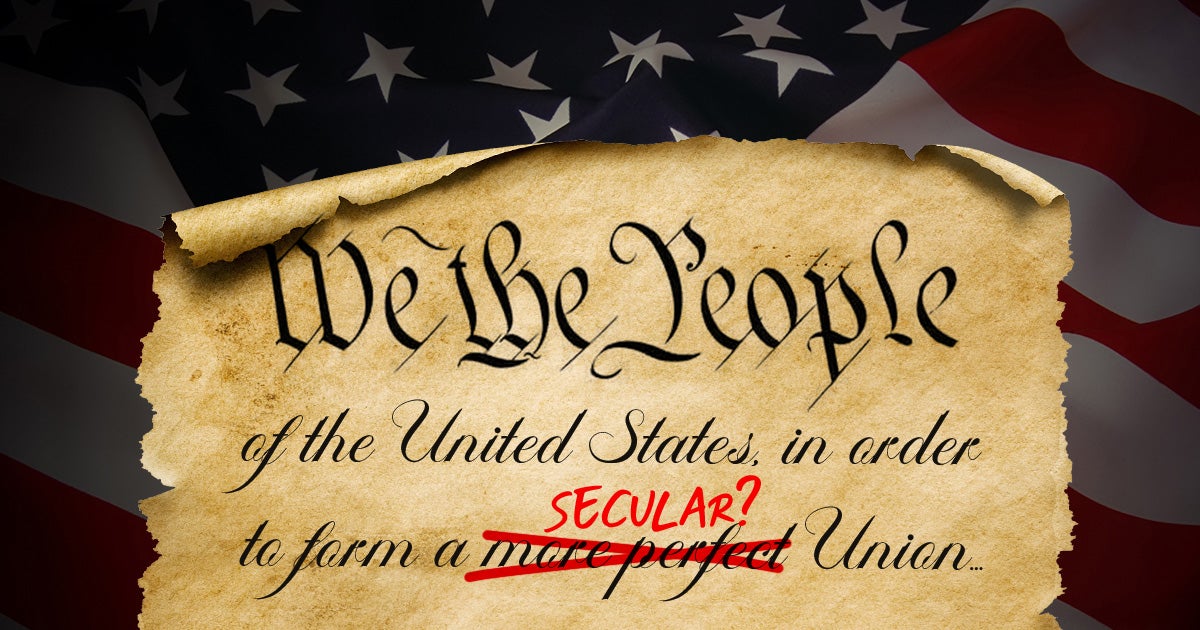 If you love to discuss (and to defend) the U.S. Constitution, it’s not uncommon to find yourself in a conversation or debate with others who claim that our nation’s founding charter of government is a “secular” document.

While it’s true that America’s government is not a theocracy, it’s historically inaccurate and inconsistent to argue that the Founders never intended government and religion to mix.

In this second edition of our “A Secular Constitution?” series, we’ll explore three reasons why America’s Constitution is not (and should not) be a secular document.

God or Government: Who Grants Our Rights?

As America’s Founders intended, the Constitution is not a secular document. To claim that it is secular is to ignore centuries of historical evidence and would require the denial of one of the most quintessential ideas that have made the Constitution so exceptional and enduring: That our rights and freedoms come from God, not government.

Nowhere is this better explained than in the Declaration of Independence (1776), as Thomas Jefferson eloquently phrased it:

“We hold these Truths to be self-evident, that all Men are created equal, that they are endowed by their Creator with certain unalienable Rights, that among these are Life, Liberty, and the Pursuit of Happiness….”

Underpinning the Constitution is a transcendent idea of a divine grantor of rights, beyond the power of government and of man—which means it cannot be considered wholly secular. 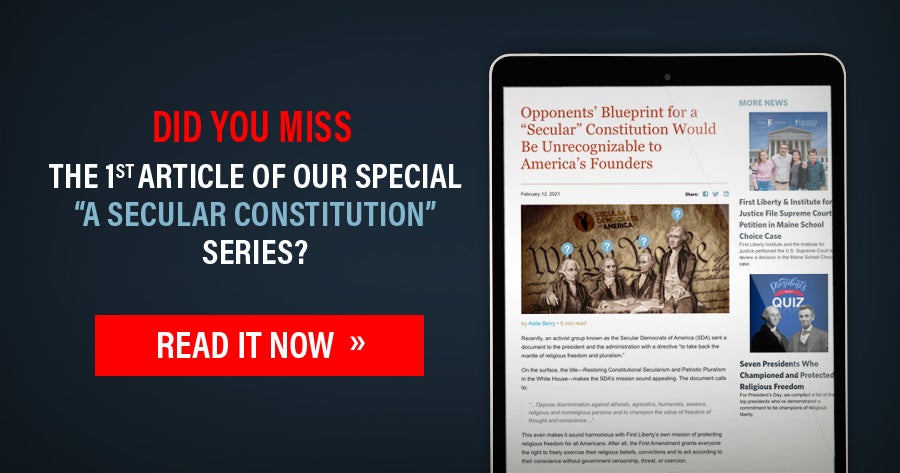 If America’s Constitution is secular…why are religious traditions and expressions of faith so common and abundant, including in our nation’s governmental institutions?

From America’s inception to present, faith constantly appears in all forms and sectors of our public institutions: George Washington petitioned the Continental Congress to establish (and use government money to pay) the US Army Chaplain Corps, opening every session of Congress since 1789 with an invocation, having daily prayers aboard U.S. Navy vessels, displaying the face of Moses and the Ten Commandments inside the U.S. Supreme Court, or adopting “In God We Trust” as our national motto and minting it on our currency.

Under a full-blown, secular constitution, it would be nearly impossible to accommodate and tolerate these forms of religious expression on government property or by government officials.

Again, we must emphasize that the Founders considered the free exercise of religion to be a positive force, necessary the flourishing of the republic. It was not their intent to use the Constitution to erase religion from the public square.

Learning from Example: The Soviet Union and Cuba’s Secular Constitutions

What does it mean to have a “secular” constitution? Let’s consider the example of two countries.

“In the USSR, the church is separated from the state, and the school from the church.”

(Important note: The phrase “separation of church and state” does not appear anywhere in the text of the American Constitution).

Not too far from America’s shores, the Cuban Constitution clearly declares the country is a secular state, provides for the separation of religious institutions and the state, and explicitly places the Communist Party above religious freedom as “the superior leading force of the society and the State.”

Why the urgent need to cement in writing the complete separation of government from religion?

Because in communist and totalitarian regimes the state must be supreme, above houses of worship, social institutions and above the natural rights of the individual. What’s more, knowing that religious communities have successfully led millions of people to speak up and stand against abuses of power, a secular constitution is necessary in order to crush any opposition of the state.

Proponents of making America’s Constitution wholly secular would be well served by remembering an old adage from Winston Churchill: “Those that fail to learn from history are doomed to repeat it.”

Today, we’d be wise to heed Churchill’s advice. To learn not only from our own history, but from the history of other nations, that secularizing the Constitution could lead down a dangerous path and possibly the destruction of our beautiful and truly exceptional Republic.