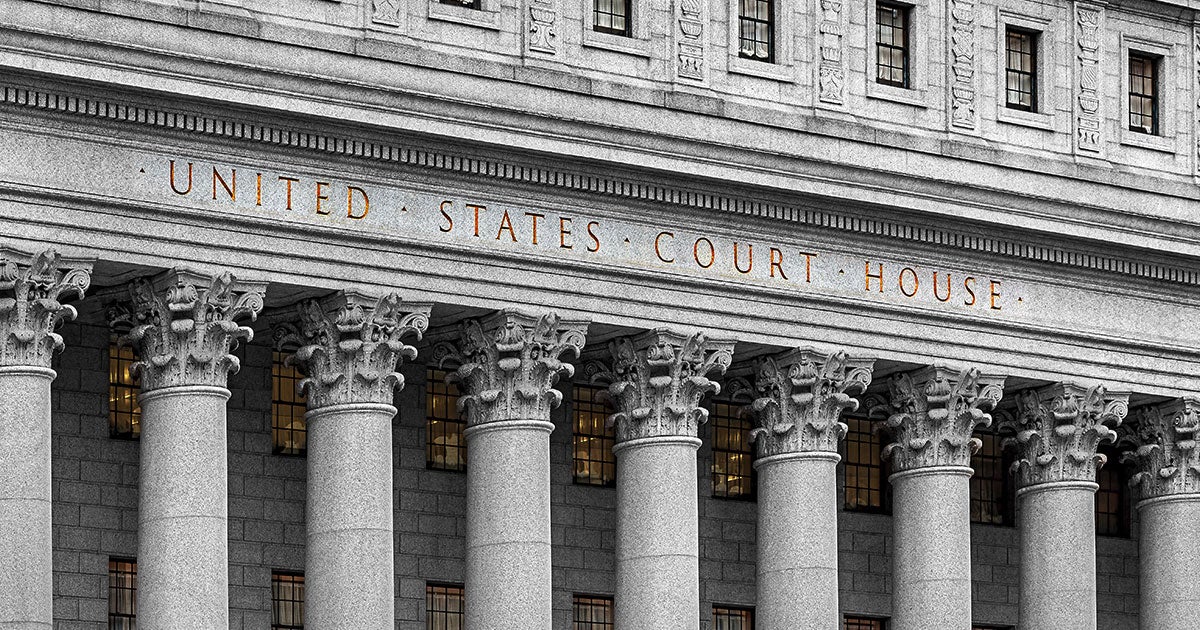 After a relatively slow start through the first few weeks of the year, things now appear to be back in full swing when it comes to judicial confirmations.

In this special feature, you’ll find 3 key updates of where the numbers stand in terms of nominations and appointments. Additionally, our team of experts take a look forward to what the overall makeup of the judiciary could be if the U.S. Senate moves to fill all remaining federal vacancies.

51 Appointees Have Rejuvenated the Circuit Courts

Let’s begin by taking a look at the Senate’s recent confirmation of Andrew Brasher for a lifetime judgeship on the U.S. Court of Appeals for the 11th Circuit, making him the 51st circuit court judge appointed during the current administration.

Brasher’s confirmation is a continuation of the president’s record-breaking success, evident by the fact that he’s consistently outpaced his predecessors in confirming pro-religious freedom judges to the nation’s second highest courts. Looking back to the tenure of Teddy Roosevelt, no other president has been able to appoint that many circuit court judges at this point in his presidency.

But Brasher’s appointment is all the more impressive because it brings to light the dramatic rejuvenation of the federal judiciary, particularly at the circuit level.

At 38 years old, Brasher is another addition to one of the youngest classes of federal judges appointed in recent memory. Consider, for example, that the median age of the President’s circuit court nominees is approximately 48 years old, younger than the judges confirmed during the past five presidential administrations.

The graphs below break down the age of judges based on ideological appointment, which help us see the rejuvenation that’s occurred over the last three years: 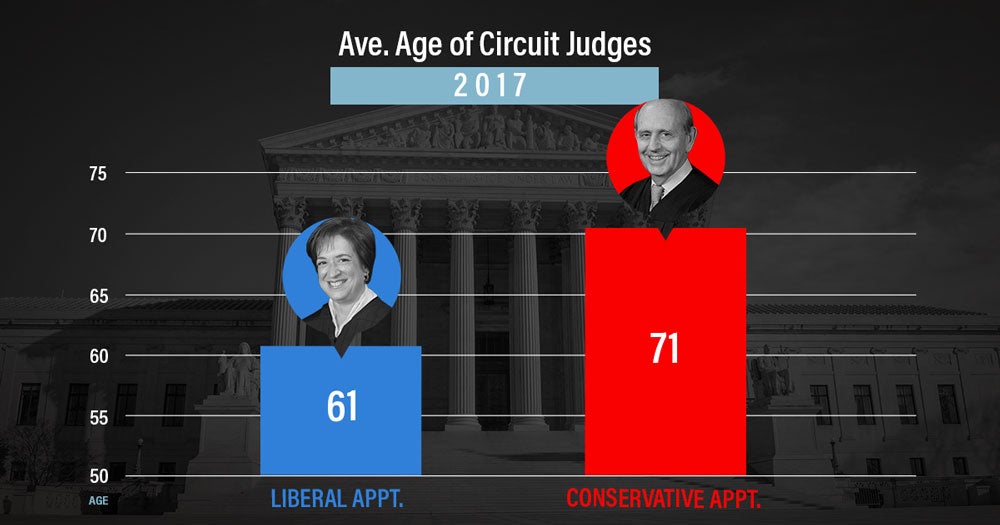 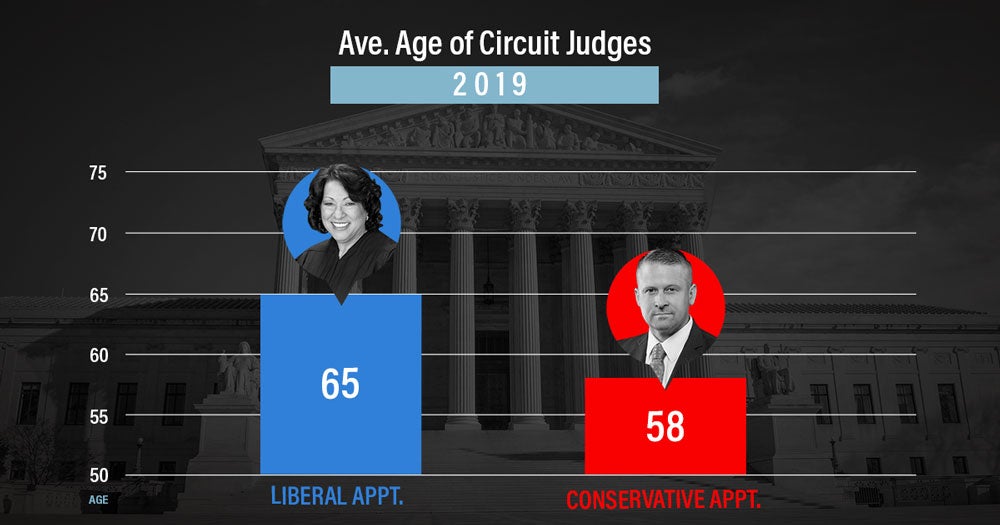 And of course, the implications of a lifetime appointment are lasting, especially for your religious freedom. With younger judges who will interpret the Constitution as originally written, it’s likely that America’s federal courts will have judges who will help safeguard religious liberty for the next half century.

We can protect the God-given right of religious liberty by going “Back to the Constitution” and reclaiming our federal courts.

No Vacancy Left Behind: 200+ Confirmations & Possibly 0 Vacancies by End of 2020

Last week’s confirmation of Brasher—coupled with the confirmation of 4 more judges to the district courts—brings the total number of judicial appointments to 190 during the current administration.

And based on the record pace at which we’ve seen the Senate move on nominees, it’s practically expected that the administration will surpass a 200th judicial confirmation in 2020.

Senate Majority Leader Mitch McConnell has publicly stated that his motto for the year is, “No vacancy left behind.” It might appear a lofty goal to fill all remaining vacancies, but it’s within reason when you consider there are only about 70 district court seats to fill and only 1 circuit court vacancy.

Let’s put that in perspective. In 2019, the Senate confirmed 81 district court judges, which comfortably exceeds the current number of district vacancies. At the circuit level, we saw 20 judges confirmed last year, meaning that the sole remaining circuit vacancy (which doesn’t currently have a designated nominee) can be filled if the Senate chooses to move once the president announces his pick.

The Tipping Point: Entire Judiciary to Have a Majority of Conservative-Appointed Judges

More broadly, it’s also important to look at the circuit courts collectively. Because of the record pace of confirmations over the last three years, 7 of 13 federal circuits are now comprised of a majority of conservative judges.

And, we see an even greater transformation when we look at the entire federal judiciary, including both district and circuit courts.

According to the latest data from the Federal Judicial Center, there are approximately 400 liberal appointed judges across the whole federal bench, which translates to about 51%. By comparison, the federal judiciary has a total of about 390 conservative-appointed judges, slightly equating to 49%.

In other words, the confirmation of a dozen (more or less) nominees would be enough to tip the scales for a majority of the federal judiciary to be conservative-appointed.

If all remaining vacancies are filled, those percentages would change to about 54% to 46%, respectively for conservative and liberal judges.

As you know, the stakes for our constitutional rights are at an all-time high at this moment in our history, especially as First Liberty continues to fight key religious freedom battles nationwide in district and circuit courts.

When it comes to reclaiming the rights of people of faith, it makes a tremendous difference to have a federal judiciary staffed with a majority of judges whose credentials, prior decisions and judicial philosophy reflect a deep respect for religious liberty.

Safeguarding religious liberty for our children and grandchildren starts by making sure we keep delivering superior, expert judicial research and vetting future judges. With YOUR support, First Liberty can keep leading the charge and ensure that our federal bench is filled with committed protectors of America’s First Freedom.