First Liberty is defending Col. Michael A. Madrid, who is being falsely accused and threatened with demotion and the loss of substantial retirement benefits because of his faith. This type of religious intolerance and discrimination against a decorated officer is inexcusable. 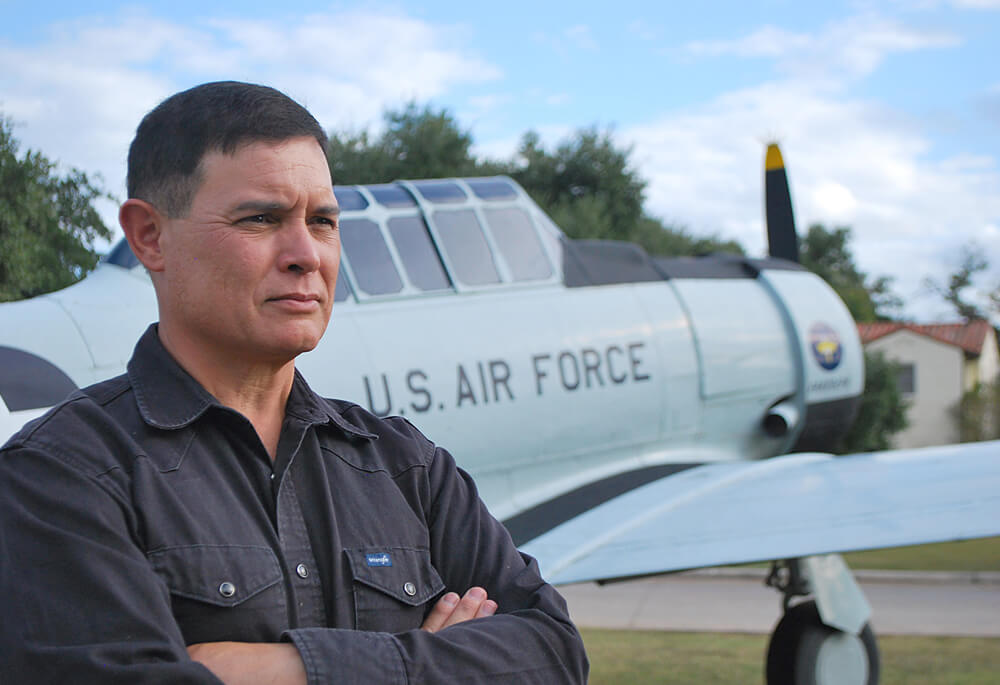 An Air Force Colonel is under fire for his Christian faith.

First Liberty Institute is defending Colonel Michael A. Madrid, who was falsely accused of anti-gay discrimination and faces the potential loss of his career and substantial retirement benefits over misrepresentations of his faith. Even though Col. Madrid had been totally exonerated by an official Air Force investigation—and promoted and given a military decoration—a new commander, Major General John E. McCoy, arbitrarily issued a “Letter of Admonishment” that could devastate Col. Madrid’s career.

Without new evidence or new investigation, Maj. Gen. McCoy assumed that Col. Madrid must be guilty. Our concern is that McCoy came to this conclusion because Madrid is known to be a devout Christian with fidelity to a biblical view of sexuality.

“This type of religious intolerance and discrimination against a decorated officer is inexcusable,” says Mike Berry, First Liberty Director of Military Affairs. “The Air Force must take immediate action to correct this and to provide justice and due process for Colonel Madrid.”

First Liberty sent a demand letter to the U.S. Air Force on Wednesday, March 29. The letter says that Col. Madrid has been denied due process and insists that the Letter of Admonishment be rescinded. If not, First Liberty attorneys say they are ready to take further legal action.

In 2012, Col. Madrid, a devout Christian, was assigned to F.E. Warren Air Force Base in Wyoming. There he worked with a young Air Force officer who happened to be gay.

Unfortunately the officer was later court-martialed and charged with multiple serious crimes. His crimes included illegally bringing a loaded weapon onto the Air Force base, prescribing narcotics illegally, and performing duties while under the influence of narcotics.

Col. Madrid supported the court-martial as a matter of justice, even though he had previously mentored the Airman. However, the Airman was unhappy with Col. Madrid. During the court-martial, he complained that Col. Madrid made derogatory comments about his sexuality. Madrid strenuously denied these false claims, but the Air Force launched a full investigation.

CASE CLOSED — OR SO WE THOUGHT

In 2014, the Air Force found the officer’s accusations against Col. Madrid “unsubstantiated.” The commanding officer who oversaw the investigation said in an official letter, “I consider this matter closed.”

But that didn’t last long.

In 2016, Col. Madrid was transferred to Randolph Air Force Base in San Antonio. A flight surgeon, he was also appointed Chief of Medical Standards.

As a result, Maj. Gen. McCoy placed a Letter of Admonishment in Madrid’s permanent record. The letter virtually guarantees that Madrid, who has an otherwise perfect record and who is only one promotion away from the rank of Brigadier General, will never be promoted. It could also cause Col. Madrid to be demoted, resulting in the loss of tens of thousands of dollars in active and retired pay.

Berry says it appears that Maj. Gen. McCoy acted out of a personal bias against Col. Madrid’s religious beliefs. He explains:

“Colonel Madrid is known to be a devout Christian. Based on the available evidence, we can only conclude that Major General McCoy judged and punished a decorated Air Force officer simply because he became aware of the officer’s traditional religious views. That is not only outrageous, but it is illegal. The Air Force must correct this and hold Major General McCoy accountable.”

If Maj. Gen. McCoy’s Letter of Admonishment is not rescinded, Col. Madrid’s lifetime of service to the U.S. Air Force will be dishonored and his rightful benefits destroyed.

“I feel like the full power of the Air Force is coming down on me because of my faith,” Col. Madrid says. “Now, after more than a quarter century of service to this nation, I feel like I constantly have to look over my shoulder. It’s incredibly intimidating.”

No member of the U.S. military who has honorably served their country deserves to live in such fear of their own government.

First Liberty’s team of constitutional attorneys is prepared to defend Col. Madrid, just as it has successfully defended service members in the past.

“Major General McCoy has no right to ignore the rule of law and arbitrarily decide, more than two years later and without any new evidence, that he can punish Col. Madrid.”

First Liberty is asking friends to add their names to a Letter of Support to Col. Madrid. This letter will help give Col. Madrid and his family the encouragement they need in this ordeal. It will also send a signal to the U.S. military that Americans are watching this controversy, and that they are watching all treatment of people of faith in the military.

We invited you to sign your Letter of Support now so that it your name will be added to others from all across America who are standing publically with Col. Madrid. Please stand with them.