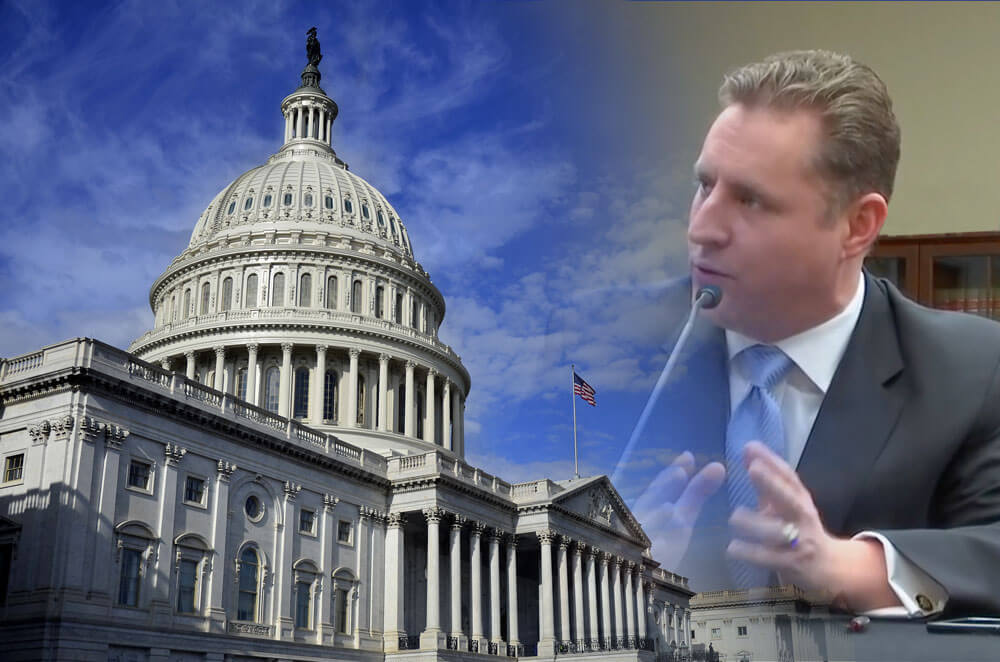 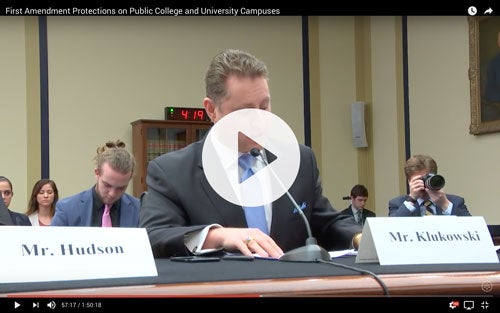 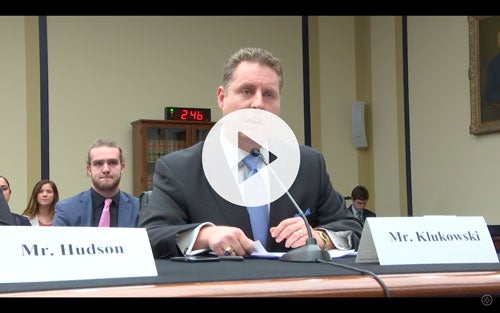 Klukowski explains the role of freedom in public universities. 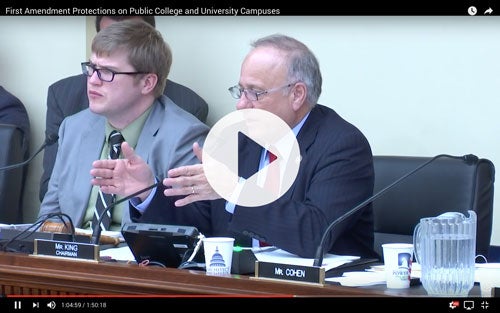 Will this be the generation where free speech dies, especially free religious speech?

Recently, faith-based groups have been banned from campuses after refusing to change their rules to allow those of no faith to hold offices in the club.

And speakers from Jewish backgrounds have been shouted down or had lectures canceled. One professor—a liberal who infuriated campus radicals because she dared to invite a conservative sociologist to give a speech—was sent to the hospital after being injured in an out-of-control demonstration.

Can freedom survive such blows?

That was the question put on the table Tuesday in a hearing by the U.S. House of Representatives. The location was the House Rayburn Office Building, where a concerned panel of both Republican and Democratic members convened the “Subcommittee on the Constitution and Civil Justice” of the House Judiciary Committee.

Ken Klukowski, Senior Counsel and Director of Strategic Affairs for First Liberty Institute, was one of four distinguished panelists called by the subcommittee to respond to the shocking wave of speech suppression on university campuses, including suppression of people of faith.

3 CASES OF GROWING INTOLERANCE OF RELIGION

After briefly explaining the legal context of freedom of speech to the eight members of Congress on the subcommittee, Klukowski presented three real-life examples from First Liberty’s case files.

“Audrey Jarvis,” he began, “was a 19-year-old student at Sonoma State University in 2013. Audrey is a devout Roman Catholic. One day she was working for the university’s Associated Student Production organization at a student orientation fair. During that event, her supervisor instructed her to remove the cross necklace she was wearing, because—she was told—it ‘might offend others’.”

Klukowski continued, “Ryan Rotela’s professor in an intercultural communications class at Florida Atlantic University instructed the students in class to write the name ‘Jesus’ on a piece of paper. The professor then instructed them to put the paper on the floor, then step on it. Because Ryan is a devout Christian, he informed the professor that he would not be comfortable stepping on the name of his Lord and Savior. Ryan was suspended from the class for not complying with the assignment.”

Finally, Klukowski cited a case at Purdue University where a family gave a financial donation to the engineering school, and was asked by the school to offer words on a plaque to be placed in the school. The family included language about “seek[ing] to better the world through the understanding of God’s physical laws,” Purdue rejected the language referring to “God.”

First Liberty won all three matters, but Klukowski pointed out they represent the tip of a growing iceberg that could sink free religious speech on campus, in the classroom, and in the minds and hearts of the next generation.

After his testimony, Klukowski was questioned by several Members of Congress regarding what he called, “a growing trend of intolerance.”

Rep. Trent Franks (R-AZ) stated, in response to Klukowski’s testimony, “True tolerance is not pretending you have no differences. It’s being kind and decent to each other despite those differences.”

“[Regarding] individuals who have certain views that are derived from millennia-old religious beliefs: Are they allowed to express those in terms of their written and spoken words? And are they also allowed to organize themselves according to those principles? I think there’s been a very disturbing trend in the law in that regard, and I hope the Supreme Court moves more in the direction of the original meaning of the relevant provisions of the First Amendment and restores these safeguards for people of faith.”

Fittingly, Klukowski spoke those words just as, only a short distance away, the U.S. Senate was beginning full debate on the nomination of Judge Neil Gorsuch to be the next U.S. Supreme Court Justice. Klukowski hopes Gorsuh’s confirmation will help fulfill his hope for a Court more favorable to free religious speech on campuses and elsewhere.

A REMARKABLE MOMENT OF AGREEMENT?

Rep. Jerry Nadler (D-NY), on the other end of the political spectrum from Franks, followed up by saying he agreed with Klukowski that Christian organizations on campus should be allowed to limit officers to believing Christians.

In addition, Rep. Nadler mentioned that he remembered being shouted down as a student leader at Columbia University. “I remember what it felt like, and I’m very much opposed to that,” he said.

Nadler was, however, skeptical about how far the requirements for officers should be allowed: should it extend to beliefs on government’s role and other issues he saw as more peripheral?

Klukowski responded with a vital principle: The organization itself should decide how its faith beliefs applied to all issues, because all issues are potentially spiritual. A public university administration should allow the faith-based campus organization to set their own faith-based requirements, not the university deciding which viewpoint of the organization qualified as “religious” vs. “non-religious.”

WHAT CAN BE DONE?

Klukowski mentioned three remedies available to the federal government that could restore protections of basic rights.

First, he stated, “People of faith, whether Evangelicals, Catholics, Jewish Americans, or people of various other religious faiths, have a civil right under the First Amendment to share their faith and their viewpoint on public university campuses, certainly within the public forum doctrine.”

It follows, he said, that:

“Any university abridging their speech, or taking adverse action against any student, group of students, or in many instances a faculty member, or other employee, or donor, thereby commits a civil rights violation, one that could be investigated by the Civil Rights Division of the U.S. Department of Justice.”

Second, he cited that, “Congress could exercise its power under the Spending Clause of Article I of the Constitution to condition a university’s eligibility for federal funding on that university’s respecting free speech by not behaving in a manner that would be an illegal civil rights violation if done by a public university.”

Third, he explained how economic coercion is being brought to bear by politically-correct corporations against lawyers who would defend free religious speech on campus. He suggested that Congress has the power to stop this abuse.