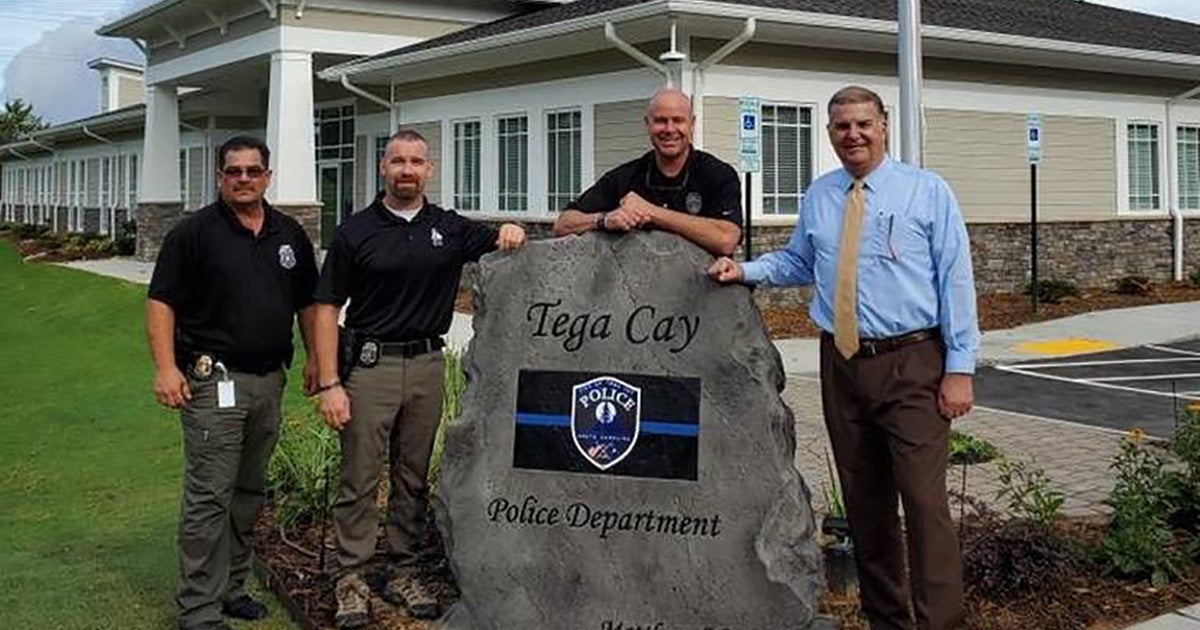 It’s only been a few weeks since the U.S. Supreme Court issued its landmark decision in the Bladensburg WWI Veterans Memorial case, which not only keeps that particular memorial standing, but also sets a standard to protect hundreds of other similar memorials across the country from destruction or desecration.

And it didn’t take long for this historic legal precedent to be put to the test.

You may recall that by upholding the constitutionality of the Bladensburg Peace Cross, the High Court sent a clear message: The days of activists using the First Amendment as an illegitimate weapon to attack religious symbols on public land are over.

But apparently, there are some people who didn’t get the message.

Recently, city officials in Tega Cay, South Carolina decided to remove a stone memorial from the front of the city’s new police station after one person complained about religious references.

As a result, First Liberty Institute’s legal team stepped in and advised city officials that the memorial was permissible within the bounds of the law and the U.S. Constitution, and that the memorial shouldn’t have to be taken down or altered in any way, especially in light of the Bladensburg decision.

Today, we’re happy to report that thanks to our efforts and proactive involvement in this matter, city officials announced they will be bringing back the stone memorial honoring fallen police officers.

The stone memorial was a gift from the Tega Cay Women’s Club, a civic group, and was first installed on July 12 by a local Scout working on his Eagle rank.

Shortly after the memorial was put up, a lone resident of this small community appeared before the city council complaining about the word “Lord” and a Biblical verse reference to Matthew 5:9 inscribed on the memorial. He said it made the city seem exclusionary and biased in favor of one specific group at the expense of others. He also alleged that leaving the memorial on public land would land the city in a legal quagmire.

In response, the city council consulted with the police department and city attorneys, and in effort to remove the “offensive language,” they proceeded to literally scrub three references to “Lord,’ which are found on the back side of the stone monument.

Complaints continued, however, and the city opted to take it down altogether, stating that it was causing a great divide between residents.

Tega Cay’s City Manager explained that design ideas for the memorial came from the National Law Enforcement Memorial in Washington, D.C., which also features a Biblical reference, Proverbs 28:1. Additionally, the prayer that appears on the memorial is commonly referred to as the “Police Officer’s Prayer,” and is used in police departments across the country.

Thankfully, the Supreme Court addressed these specific issues in its Bladensburg ruling, stating that practices and displays consistent with America’s history and traditions are presumed to be constitutional.

The Tega Cay memorial honoring fallen police officers certainly falls under the legal protections of the Bladensburg precedent, especially because it uses symbols, references and practices that have been employed in countless police departments.

Hopefully, debacles like the one in Tega Cay will prove to be the exception. In light of the Supreme Court’s decision, all government officials should recognize that it’s permissible to continue on with religious traditions, practices or displays that have been used in our country’s history.

Of course, our victory in the Bladensburg Peace Cross case was only possible thanks to loyal supporters like you, who are committed to the principles and values of our great nation, and who courageously stand with First Liberty Institute in the fight for our first freedom.

Today, we see the real, tangible impact of this landmark decision, and we can be hopeful that it will continue to bear fruit and deliver a lasting impact for the future of religious liberty in towns and communities, like yours, all across America.