President Trump is considering a religious freedom Executive Order that provides broad religious freedom protections. However, special interests are seeking to derail, delay, or water down the order. Here’s why we should tell him: “Sign the ENTIRE Religious Freedom Order.” 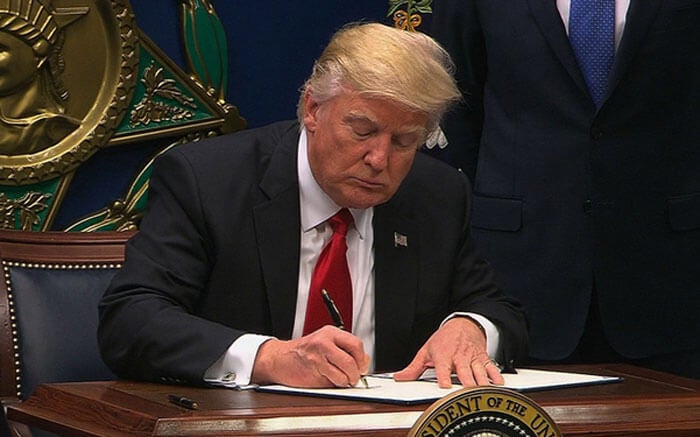 Last week, an executive order was leaked to the media that seeks to provide broad religious exemptions for all Americans. This executive order promotes personal liberty by continuing to preserve religious freedom for individuals, for churches and houses of worship, for schools, for employers and businesses, and for faith-based non-profit organizations.

Yet the leak of the order sparked a protest from special interests uncomfortable with the historic role of faith in wide swaths of American society. As a result, First Liberty Institute, along with other pro-religious freedom organizations, took the lead in informing millions of Americans of the backlash, and urging them to tell President Trump not to let the proposed order be watered down or go unsigned.

As Liberty Watch is posted, the controversy over the order remains unresolved, and First Liberty continues to ask Americans to petition President Trump to sign the entire order.

“As a candidate, President Trump promised to support religious freedom for all Americans. Two specific pieces of legislation he said he would support are the First Amendment Defense Act and the repeal of the Johnson Amendment,” said Kelly Shackelford, President and CEO of First Liberty. He elaborated:

“This executive order is very similar to the policy suggested in those two pieces of legislation, as well as fulfilling other promises the President made on religious freedom. By proposing this order, President Trump is simply following up on his campaign promises.”

The First Amendment Defense Act was written after the Supreme Court ruled on same-sex marriage in the Obergefell case. The bill was proposed to ensure that, as Justice Kennedy said in the majority opinion, Americans would still be able to “advocate” for their beliefs about marriage without fear of punishment. The bill, which has 172 cosponsors in the House and 37 cosponsors in the Senate ensures that government employees cannot penalize people of faith for their beliefs on marriage, specifically that marriage is the union of a man and a woman.

WHAT THE PROPOSED EXECUTIVE ORDER SAYS

The proposed order would require specific government agencies to give reasonable accommodations for religious freedom for employees, contractors, and organizations. By contrast, groups of people whose rights were threatened under the Obama Administration would be free to function in accordance with their religious beliefs.

Provisions of the order include:

“Through this order, President Trump is expressing a principle most Americans agree upon: the government should never use what people believe as a weapon to attack them or punish them,” Shackelford says. “If Americans agree on anything, it is that people have a right to disagree in freedom and without punishment. I am grateful President Trump is standing by his campaign promises to defend people of all faiths.”

As we publish this article, President Trump is considering this Executive Order, which will provide broad religious freedom protections. However, the special interests working to limit religious freedom are seeking to derail, delay, or water down the order. 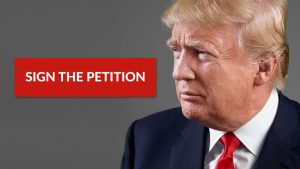