President Trump’s Order on Religious Liberty: Will it Truly Help?

A week after President Trump signed his executive order on religious freedom, First Liberty attorneys provide further analysis of its impact. Will the order truly advance the cause of freedom? 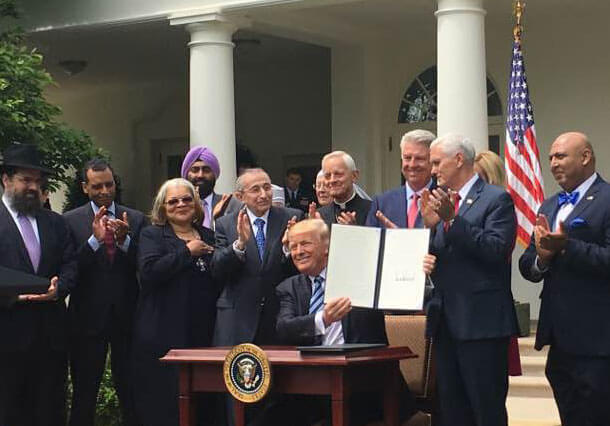 On Thursday, May 4—the National Day of Prayer—President Trump signed the Presidential Executive Order Promoting Free Speech and Religious Liberty. A flurry of immediate reaction ensued from various points of view: Some thought it inadequate. Some outright denounced it (from differing sides of the ideological spectrum). Some gave unqualified praise. Others were in the middle. It provoked one lawsuit; but another planned lawsuit was dropped.

But what is the executive order’s true impact? To learn, it’s best to talk to seasoned attorneys who fight daily in the trenches of religious liberty litigation.

First Liberty Institute handles hundreds of legal matters each year dealing exclusively with assaults on the religious liberty of Americans, and currently has half-a-dozen cases in federal appeals courts one step below the U.S. Supreme Court. A week after the order was released, First Liberty attorneys remained cautiously positive—including for reasons not commonly mentioned in the immediate aftermath.

SHACKELFORD: THOSE WHO DISRESPECT RELIGIOUS FREEDOM SHOULD LOOK IN THE MIRROR

Kelly Shackelford, President, CEO and Chief Counsel of First Liberty Institute, initially issued qualified praise for President Trump’s executive order. Yet he also asserts that the need for such an order indicates the unnervingly fragile status of religious freedom in America today due to unreasonable hostility to people of faith.

“President Trump’s executive order should be both unnecessary and unremarkable,” said Shackelford. “Yet activists have now even pledged to challenge President Trump in court for supporting the First Amendment. That tells you the problem right there. Our country was founded on the promise that its government would respect the religious liberty of its people. Those who have made it a multi-million dollar cause to disrespect that liberty should look in the mirror when they ask why such an order is necessary.”

First Liberty has tracked the rise of hostility to religion for years, releasing the annual survey UNDENIABLE: The Survey of Hostility to Religion in America. The 2017 edition is due to be released in the coming weeks, and will show a continued trend of hostility by special interest groups, government agencies, corporations, and others.

The executive order fulfills part of the stated agenda on religious freedom articulated by President Trump during the 2016 campaign, the transition, and after his inauguration—but not all of it.

WHAT DOES THE ORDER SAY?

The executive order has six sections. Two are procedural. The other four contain the following points of focus:

Section 1: A general policy statement in favor of religious freedom, including this initial statement: “It shall be the policy  of the executive branch to vigorously enforce Federal law’s robust protections for religious freedom.”

Section 2: A directive that the IRS is to exercise maximum enforcement discretion to alleviate the burden of the Johnson Amendment, which prohibits religious leaders from speaking about politics and candidates from the pulpit.

Section 3: A directive that provides regulatory relief for religious objectors to Obamacare’s burdensome contraceptive mandate, a position supported by the Supreme Court decision in Hobby Lobby.

Section 4: A directive that the Attorney General of the United States (currently Jeff Sessions) will develop and issue guidance on religious freedom for all federal agencies.

Sections 2 and 3 generated the most attention from the media and many commentators. The Johnson Amendment—the focus of Section 2—has had a chilling effect on religious speech for decades since its birth in the 1950s. Ultimately, only a legislative solution by Congress, beyond President Trump’s order, will be necessary to address the problem more permanently. And Section 3 eliminates Obamacare’s requirement that even faith-based ministries participate in offering health insurance that violates the ministry’s beliefs regarding abortion and contraception. First Liberty represents clients at risk for crippling fines for refusing to make provisions for such required insurance.

But while regulatory relief in those areas is welcome, it is Section 4, overlooked by many, that could ultimately prove most forceful.

LAW ENFORCEMENT ON THE SIDE OF RELIGIOUS FREEDOM

Section 4 is an open door for advancing constitutional religious freedom throughout vast structures and appendages of the federal government. Ken Klukowski is Senior Counsel and Director of Strategic Affairs for First Liberty. Based near Washington, DC and a recognized expert on religious freedom law, Klukowski was invited to the Rose Garden signing ceremony of the executive order. 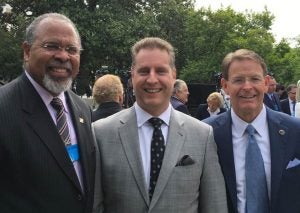 Commenting on the order, he says:

“It would be difficult to overstate the importance of Section 4. President Trump’s Executive Order empowers Attorney General Jeff Sessions, a courageous and principled public servant who truly understands religious liberty issues, to codify and implement additional protections for religious liberty under the Constitution and current federal law. It explicitly orders the Attorney General to explore these protections and then issue directives and guidance with the full authority of the White House. As head of the U.S. Department of Justice, in carrying out Executive Order 13,798, Attorney General Sessions can help ensure that all federal agencies and officers will respect and protect religious liberty.”

Matthew Kacsmaryk, Deputy General Counsel for First Liberty and a former federal prosecutor in the Department of Justice, adds, “In today’s federal bureaucracy, with countless departments, employees and contractors, memos from the Attorney General have enormous influence.”

ONE EXAMPLE: THE U.S. MILITARY 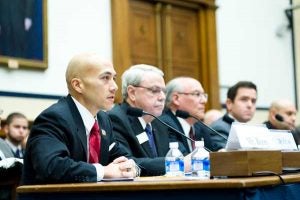 Michael Berry, Senior Counsel and Director of Military Affairs for First Liberty Institute,
said the executive order respected the Constitution’s separation of powers,
and will help the struggle for religious liberty for our service personnel.

One example of the impact of Section 4 is the U.S. Military. Mike Berry, said:

“Section 4’s direction to the Attorney General ‘issue guidance’ could have a large impact on religious liberty in the Armed Forces as the Department of Defense is in desperate need of religious liberty education. This will strengthen the religious freedom of those who have needed it the most: the men and women of our armed forces.”

He called the order, “the best news we’ve received from the White House in eight years.”

Berry also called the order a tribute to the constitutional separation of powers between the branches of the federal government.

“Ultimately, Congress and the courts must act if religious freedom is to have the protection it deserves and needs. While this executive order was much needed, President Trump wisely chose to stay within his constitutional domain: the Executive Branch.”

WHAT’S AHEAD IS EVEN MORE IMPORTANT

“This is a step in the right direction,” he said, “but it’s always possible that this executive order won’t last longer than the Trump administration. That is why it’s so vital to nominate and confirm federal judges who understand how to properly interpret the Constitution from the perspective of originalism. For example, placing Justice Gorsuch on the Supreme Court will positively impact religious liberty for decades to come, and the effort has just begun on the appointment of judges across the nation.”

In the end, say the First Liberty attorneys, the battles for religious freedom will be won or lost in courts of law, decided by judges. But even those cases will be affected by progress such as this order. The battle is won step by step. According to attorneys in the legal trenches, this step is one to be celebrated, but the hard fighting is yet ahead.