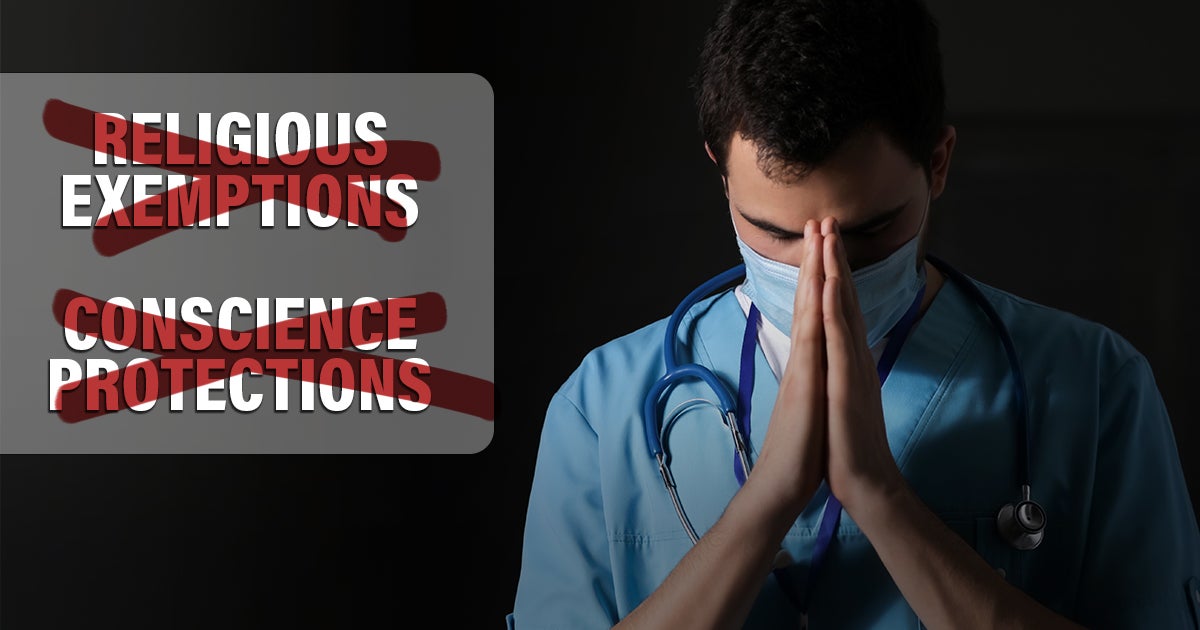 First Liberty recently delivered a compelling 42-page public comment to a proposed rule by the Biden administration, commonly known as the “transgender mandate,” which would rollback extensive civil rights protections for Americans of faith in health care.

In August, the Biden Administration proposed to change an Obamacare rule in ways that substantially burden Americans who have sincerely held and longstanding beliefs on sex, pregnancy and marriage. The change would force millions of religious health care professionals and institutions to participate in abortions, sterilizations and “gender-transition” surgeries—all while allowing exceptions from such procedures for secular reasons. If religious providers and institutions are forced to choose between their faith and their healthcare work, many providers and institutions will be forced to leave the medical field, which will reduce Americans’ access to healthcare.

Within 60 days, four members of First Liberty’s legal team—Justin Butterfield, Maya Noronha, Christine Pratt and Kayla Toney—two of whom worked on adding the religious liberty protections to the Trump administration’s Section 1557 Regulation, and three of whom worked in the office that enforces the Section 1557 Regulation, strictly scrutinized the agency’s proposed regulation, warning them of the extensive legal problems with their proposal. 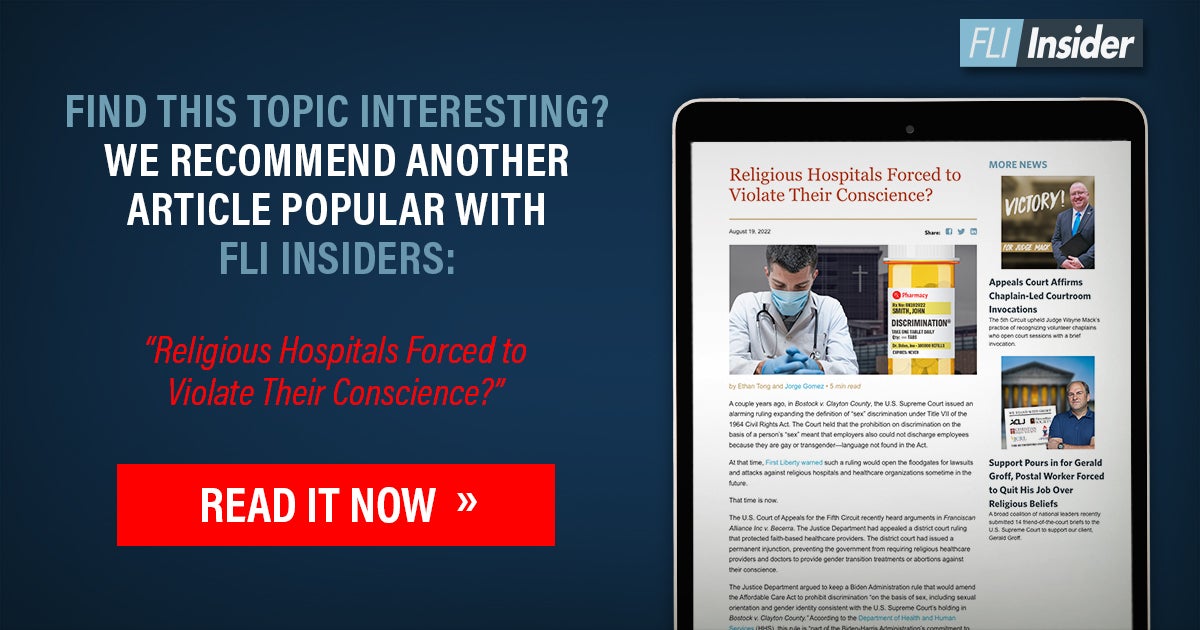 The comment states that Americans of diverse faiths whom First Liberty represents—including Catholics, Protestants, Buddhists, Jews, Muslims and Falun Gong—are burdened by this proposal. It details numerous religious texts and creeds that assert that sex is an objective, binary category that cannot be changed by self-perception or medical intervention. It also highlights the positive benefits that religious providers and spirituality serve in advancing health and wellbeing.

If the Biden Administration fails to address the significant legal issues raised in FLI’s comment, the agency can be sued in federal court.