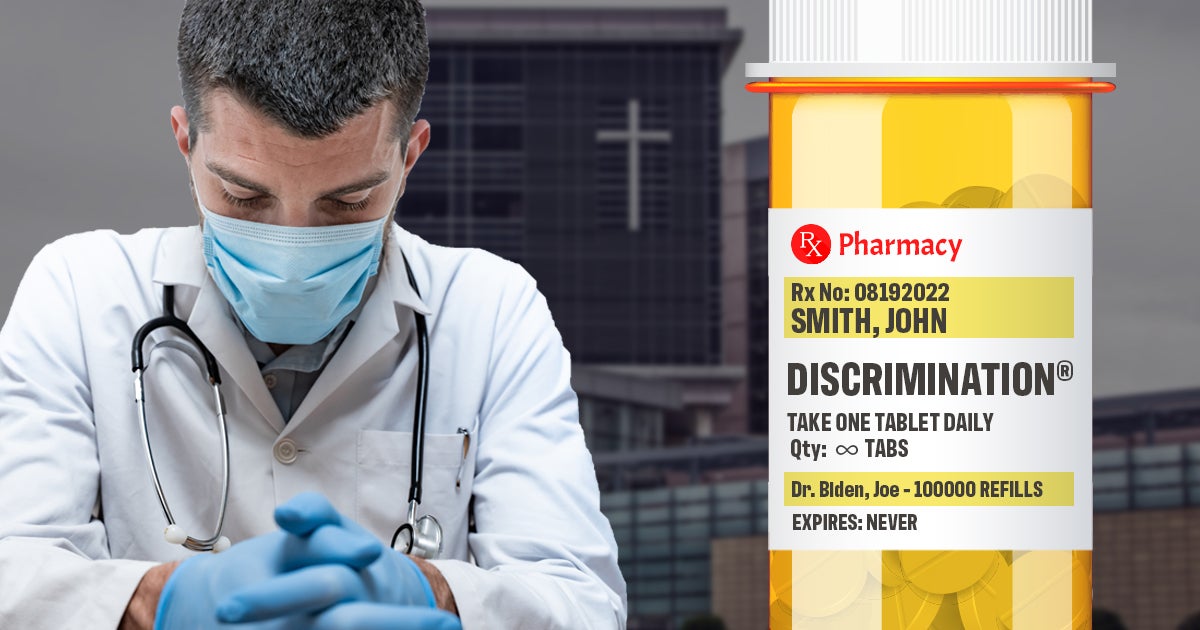 A couple years ago, in Bostock v. Clayton County, the U.S. Supreme Court issued an alarming ruling expanding the definition of “sex” discrimination under Title VII of the 1964 Civil Rights Act. The Court held that the prohibition on discrimination on the basis of a person’s “sex” meant that employers also could not discharge employees because they are gay or transgender—language not found in the Act.

At that time, First Liberty warned such a ruling would open the floodgates for lawsuits and attacks against religious hospitals and healthcare organizations sometime in the future.

That time is now.

The U.S. Court of Appeals for the Fifth Circuit recently heard arguments in Franciscan Alliance Inc v. Becerra. The Justice Department had appealed a district court ruling that protected faith-based healthcare providers. The district court had issued a permanent injunction, preventing the government from requiring religious healthcare providers and doctors to provide gender transition treatments or abortions against their conscience.

The Justice Department argued to keep a Biden Administration rule that would amend the Affordable Care Act to prohibit discrimination “on the basis of sex, including sexual orientation and gender identity consistent with the U.S. Supreme Court’s holding in Bostock v. Clayton County.” According to the Department of Health and Human Services (HHS), this rule is “part of the Biden-Harris Administration’s commitment to advancing gender and health equity and civil rights.”

Make no mistake. This rule is a direct threat to religious freedom. Religious physicians and faith-based providers would be subject to penalties if they decline to perform surgeries that violate their conscience.

This rule is only the most recent attack against religious healthcare providers. In 2016, an association of more than 19,000 healthcare professionals, eight states, and two religious hospitals challenged a similar HHS rule put in place under the Obama administration that threatened doctors who declined to perform these procedures with large fines and, in some cases, revocation of federal funding. In 2019, a temporary injunction was issued, protecting religious organizations and hospitals. In 2021, that temporary injunction was made permanent. Now, that protection is once again under fire.

Our friends at the Becket Fund for Religious Liberty, who represent the religious objectors in Franciscan Alliance, explain that the current rule from the Biden Administration is no different than it was under the Obama Administration in 2016. Becket attorney Luke Goodrich stated:

“They want religious organizations to have to play Whac-A-Mole every time the government violates the Religious Freedom Restoration Act, and they want a ruling that will leave them free to keep violating religious liberty every time they shuffle the same legal requirement from one volume of the Federal Register to another.”

Becket argues that religious groups and individuals should not have to ask for a new injunction every time an administration resurrects an old regulation eroding religious liberty.

It’s unconscionable when the government uses onerous regulations to cudgel people of faith to conform to its orthodoxy on sexual identity and gender orientation. In America, healthcare providers should not be forced to violate their conscience. “The federal government has no business forcing doctors to violate their conscience, professional medical judgment, and Hippocratic Oath to ‘do no harm,’” Dr. Van Mol, a plaintiff in the case, said.

The ramifications of a bad Supreme Court ruling could not be clearer, and Bostock is a prime example. If the Fifth Circuit upholds the Biden administration’s rule, thousands of doctors immediately could be hit with massive fines for operating in accordance with their beliefs and conscience. One thing is increasingly clear: the rule has nothing to do with providing better healthcare. It has everything to do with coercing people of faith to conform to an ideology. We’re hopeful that the Fifth Circuit will rule in favor of religious organizations and uphold the current injunction.

As our legal experts have explained at length, Bostock will continue to cause serious problems for religious liberty in our country. People of faith need to remain vigilant and cautious, as we can expect increased litigation aimed at religious employers who hold faith-based standards related to sexual conduct and the immutable, biological distinction between male and female.