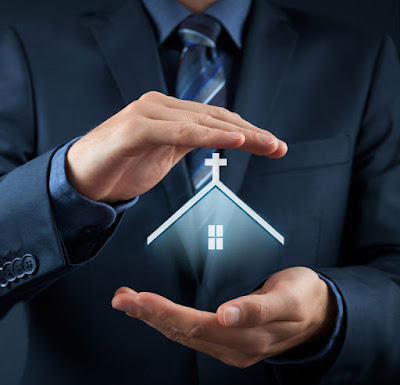 Less than a year ago, First Liberty Institute received an average of 15 legal requests per week. Since the United States Supreme Court Decision legalizing same-sex marriage in June, we average almost 15 requests per day.

As much as one would like to believe that churches—of all places—are not among the increasing number of requests for legal help, that is simply not the case.

We remember the Houston Five—five pastors whose sermons were subpoenaed in Houston, Texas last year. We can now add to that same list Dr. Eric Walsh, a public official openly fired from his job at the Department of Health for sermons he preached at his church during the weekend.

There are still other examples of discrimination against churches that can be categorized as disregard at best, hostility at worst. For instance,

·      Cornerstone Church by the Bay in Bayview, Texas – fighting for their right to hold worship services on their own property


·      Opulent Life Church in Holly Springs, Mississippi – subjected to a discriminatory city ordinance aimed at preventing churches, and only churches, from acquiring downtown property. This case resulted in a major victory in federal appeals court, yet the fact that it happened indicates the unprecedented resistance churches face today.

In a world where hostility toward religion is rising, even American churches and pastors are realizing that it is not a matter of if, but when, their church, ministry, or individual rights could come under legal duress. Thus, it has become vital for churches to legally guard themselves. And First Liberty Institute is here to help.

First, there are four rights every pastor should be aware of.

FOUR RIGHTS EVERY CHURCH AND PASTOR MUST KNOW

Pastors have a right to preach. Yet, when it comes to issues of political or social concern, many pastors are reluctant to speak to their congregations, for fear of legal retaliation. As political adversity toward religion increases, it is crucial for pastors to know that they have the right to address issues of public concern from the pulpit.

Churches have a right to serve. The Religious Freedom Restoration Act (RFRA) states that a governmental entity “may not substantially burden a person’s free exercise of religion [unless it] demonstrates that the application of the burden to the person…is in furtherance of a compelling governmental interest; and…is the least restrictive means of furthering that interest.” In other words, the government has an extraordinarily high burden to meet in order to interfere with a church’s service to a community, and may only do so if there is no “less restrictive” alternative.

Churches have a right to gather and meet. Churches have First Amendment protections, as well as rights guaranteed by federal law, to gather and worship free from governmental interference. These rights are enumerated in the Religious Land Use and Institutionalized Persons Act (RLUIPA), which states that “No government shall impose or implement a land use regulation in a manner that:

Churches have a right to religious autonomy. Churches are legally protected in establishing and implementing their own systems of governance including areas of:

Knowing these rights, however, is essential—yet not enough. That is because a new wave of issues has arisen, mainly caused by activist groups and governments who adhere to the tenets of the sexual revolution: LGBT rights and abortion rights.

Yet there is a simple and reliable way to guard your church.

STEP 2: Compare and contrast. Review your own governing documents, policies, and statements of faith and compare them with our Religious Liberty Templates and Guides to determine what areas need to be addressed (and how to address them).

STEP 3: Amend and adopt. Make certain that your documents address all of the issues that we set forth in our Religious Liberty Templates and Guides. We have incorporated significant and thorough case law in drafting the Religious Liberty Templates and Guides in an attempt to ensure legal protection and compliance for your religious entity. Therefore, we suggest that you utilize the language that we have provided verbatim in amending or drafting your own governance documents. Make certain that all documents and written policies express your beliefs consistently.

STEP 4: Be thorough. We encourage you to work diligently to ensure that your beliefs are written down, codified, and enforced so that you have the tool kit needed to prove the sincerity of your faith. In a legal climate where religious legal intrusions are becoming increasingly problematic, we encourage you to thoroughly document those beliefs that you intend to defend, particularly as they relate to morality, conduct, marriage and sexuality.

STEP 5: Be consistent. Beyond specifying in detail your sincerely held religious beliefs in your governing documents, consistent application and enforcement of those beliefs is vital. Consistently adhere to the policies that you adopt in order to avoid legal problems that arise from applying a “double standard.”

With these four rights to speak and minister, and five steps to fortify your legal protections, churches can be proactive in shielding their ability to minister to their communities from legal retribution.

There is no denying that people of faith are engaged in a battle for religious liberty, but thankfully, it is a battle we can win. With proper knowledge and utility of the laws, pastors, churches, and religious individuals can stand firm in their rights, knowing that the laws are on their side.

About First Liberty Institute
First Liberty Institute is a nonprofit legal group dedicated to defending and restoring religious liberty across America — in our schools, for our churches, in the military and throughout the public arena. Liberty’s vision is to reestablish religious liberty in accordance with the principles of our nation’s Founders. For information, visit firstliberty.org.