Why Violence and Intolerance is Spreading to the U.S. — And How We Can Stop It 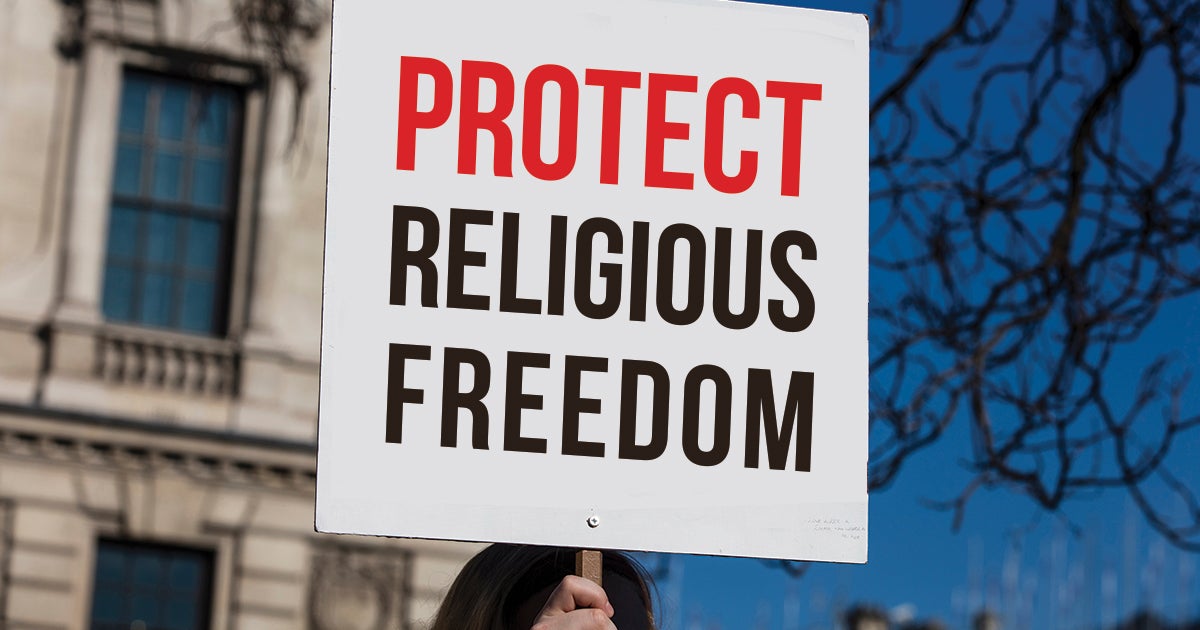 A quick scan of recent headlines reveals all too common themes of civic unrest, violence and corruption in countries across the globe.

Recent research shows that another common theme—and central cause of these issues—can be directly related to this: a lack of religious freedom.

According to this research, nations without strong protections for religious liberty are more prone to have higher levels of social unrest, hostility and corruption in their political institutions, as well as their businesses.

Let’s explore in more detail why religious liberty is a force that not only prevents corruption from running wild, but also a catalyst that fosters more peaceful societies.

None of us want to live in a country that’s rife with corruption, and understandably so.

Researchers and economists typically look at levels of corruption as a key component of the overall health and prosperity of a country, especially because corruption can affect the wealth of a nation, as well as lead to instability and unpredictability in its core institutions.

A review of the Pew Research Center’s 2012 Government Restrictions on Religion Index and the 2014 Corruption Perceptions Index demonstrates an interesting correlation. In particular, higher levels of corruption occur in countries and political systems in which the laws exclude religion or target religious groups. In other words, higher governmental restrictions on religion often lead to higher levels of government corruption.

In a comparative analysis, Brian Grim, President of the Religious Freedom and Business Foundation, found that nine of the ten most corrupt countries around the world have high levels of government restrictions on religion. 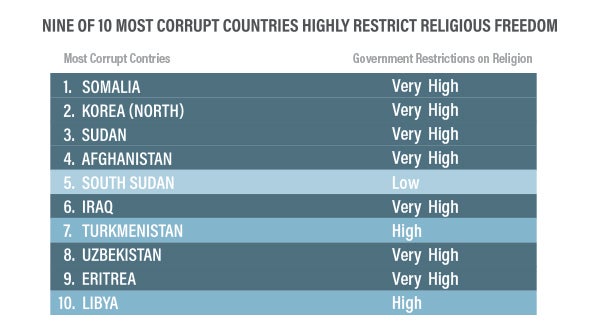 The Religious Freedom and Business Foundation explained, “The attempt to force businesses to act as secular, neutral, value-free organizations may be one contributing factor to the corruption, greed and short-sighted decisions that lead to the global economic collapse of 2008.”

So what’s one way to reduce corruption? By promoting and protecting religious freedom.

Religious freedom allows business people to use their faith and religious beliefs as a way to guide and to inform their business and political decisions. When you foster and promote religious liberty in a society, you are empowering businesses, leaders and everyday citizens to live without the fear of government cracking down on their beliefs. In essence, you’re setting people free to make moral and ethical decisions because their faith informs their thinking and their actions.

Having religious liberty leads to positive values among businesses and their owners so they may live according to their convictions, and that makes for an environment less conducive to corruption.

Related story. Why religious freedom is good for business – and your wallet. Read more.

Along with low levels of corruption, peace is often considered a strong indicator of a stable society. But when there’s hostility toward religion and religious freedom, there’s usually a subsequent decline in the peace a country enjoys.

Religious freedoms and the ability to live out your faith reduce the opportunity for religion-related violence. These freedoms are essential to rid society of tensions and to generate the tolerance needed in order for groups of various faiths to coexist without going to war with one another.

In short, without religious freedom, it’s simply much more difficult to obtain the societal peace that most people aspire, not just here in America, but also worldwide.

“When religious freedoms are not respected, the result can be violence and conflict. Normal economic activities become vulnerable to disruption, with local and foreign investment driven away and sustainable development undermined. One need only look at Egypt, where religious regulations and hostilities have adversely affected the tourism industry.”

While the same scale of physical violence, unrest and upheaval may not be happening here in America, we are seeing hints of hatred and animosity that will only worsen if we fail to protect our first freedom. Three of our recent cases exemplify this well:

Each of these cases shows that if religious freedom is not respected, hostility and violence are an unfortunate byproduct. That’s why First Liberty Institute is first in the fight for religious liberty, because our society is more peaceful when all Americans have a right to freely and openly live out faith.

When there is true religious freedom, people’s lives become better—we have less corruption and more peace. Give today to leave a legacy of freedom for future generations.