Court rules that government officials were shielded from legal liability even assuming they violated a retired Catholic nurse’s First Amendment right to pray. 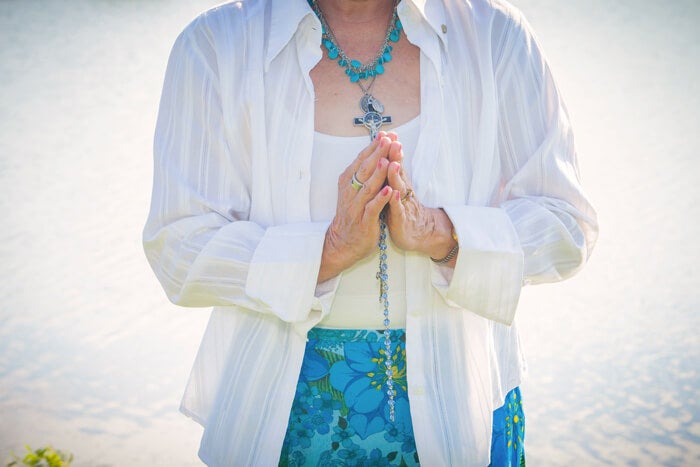 The right to pray in one’s own home without retaliation or government harassment is a fundamental aspect of religious freedom. Mary Anne Sause — a retired Catholic nurse on disability — went to court to vindicate this right.

In 2013, Sause was ordered to “stop praying” in her own apartment during an encounter with police over a minor noise complaint. According to Sause, the order did not serve any legitimate law enforcement purpose. Instead, it was part of an approximately hour-long incident in which the two officers repeatedly harassed her.

First Liberty attorneys represented Sause on appeal of her lawsuit against the officers, but on Tuesday, June 20, a three-judge panel of the U.S. Court of Appeals for the Tenth Circuit upheld a lower court’s dismissal of the case. The court ruled that the officers involved in the incident were shielded from liability by the legal doctrine of qualified immunity, although it acknowledged potential violations to Sause’s First Amendment rights.

The majority opinion stated that for purposes of legal argument:

“We assume that the defendants violated Sause’s rights under the First Amendment when, according to Sause, they repeatedly mocked her, ordered her to stop praying so they could harass her, threatened her with arrest and public humiliation, insisted that she show them the scars from her double mastectomy, and then ‘appeared…disgusted’ when she complied – all over a mere noise complaint.”

However, the opinion went on to conclude it would not have been “obvious to a reasonable officer” that the officers’ conduct violated the First Amendment.

“Although the decision to uphold the lower court’s dismissal is disappointing, the harsh criticism of the officers’ conduct as alleged in this case supports our First Amendment claim,” Jeremy Dys, Deputy General Counsel for First Liberty Institute stated in a press release. “No one should face the prospect of being arrested for praying in their own home.”

TOLD THE CONSTITUTION IS “JUST A PIECE OF PAPER”

On the night of November 22, 2013, two police officers demanded to be let into Sause’s apartment in Louisburg, Kansas.

Sause is a rape survivor, so she is careful to make sure that she can identify visitors before she opens the door. According to Sause, she did not open the door to the police officers because they did not identify themselves and she was not able to see them due to her broken peephole.

The police officers returned later and again insisted on being allowed inside. When Sause answered the door, they asked why she hadn’t opened the door previously. Seeing a pocket Constitution that had been given to her by her congressman lying nearby, Sause picked it up and showed it to the officers. At this point, they had still not explained why they were there.

However, when Sause showed them her copy of the Constitution, one officer laughed and said that it was “just a piece of paper” that “[d]oesn’t work here.”

According to the Complaint, the harassment escalated once the police officers were inside. At one point during the incident, one of the officers told Sause to get ready to go to jail. When Sause asked why, he responded by saying “I don’t know yet.”

Afraid, Sause asked if she could pray. He agreed, and Sause knelt, praying silently. However, when the second officer returned and asked what Sause was doing, the first officer laughed and said mockingly that she was praying.

The second officer proceeded to command Sause to “get up” and “stop praying.” Sause, terrified and fearing arrest, followed their orders. The first officer did nothing to intervene.

The officers later searched through the codebook to find charges they could press against Sause, eventually issuing tickets for “Interference with Law Enforcement” and “Disorderly Conduct.” The officers also forced Sause to show them any scars or tattoos on her body.

“The police are supposed to make you feel safe, but I was terrified that night,” Sause said. “It was one of the worst nights of my life.”

Sause repeatedly reported the incident to the officers’ supervisors, but to no avail. She eventually filed a federal lawsuit in the District Court of Kansas, with one of the claims against the officers being that her First Amendment religious liberty rights were violated when she was ordered to stop praying.

In early 2016, the district court dismissed her case. The court argued that the command to stop praying “may have offended her” but did not “constitute a burden on her ability to exercise her religion.”

It was after this point that First Liberty Institute stepped in to defend Sause. In September 2016, First Liberty appealed the district court’s ruling to the U.S. Court of Appeals for the Tenth Circuit. Attorneys from the international law firm of Gibson Dunn & Crutcher LLP served as volunteer counsel.

In a brief on Sause’s behalf, First Liberty and Gibson Dunn argued that the officers’ actions violated Sause’s right to freely pray in her own home without fear of retaliation. The brief also argued that the district court’s dismissal of Sause’s case violated proper procedure.

“No American should be told that they cannot pray in their own home,” stated Stephanie Taub, Counsel for First Liberty Institute. “The right to pray in the privacy of one’s own home is clearly protected by the First Amendment.”

Despite the setback of the Tenth Circuit’s ruling, First Liberty will continue to defend Sause’s First Amendment rights on appeal.