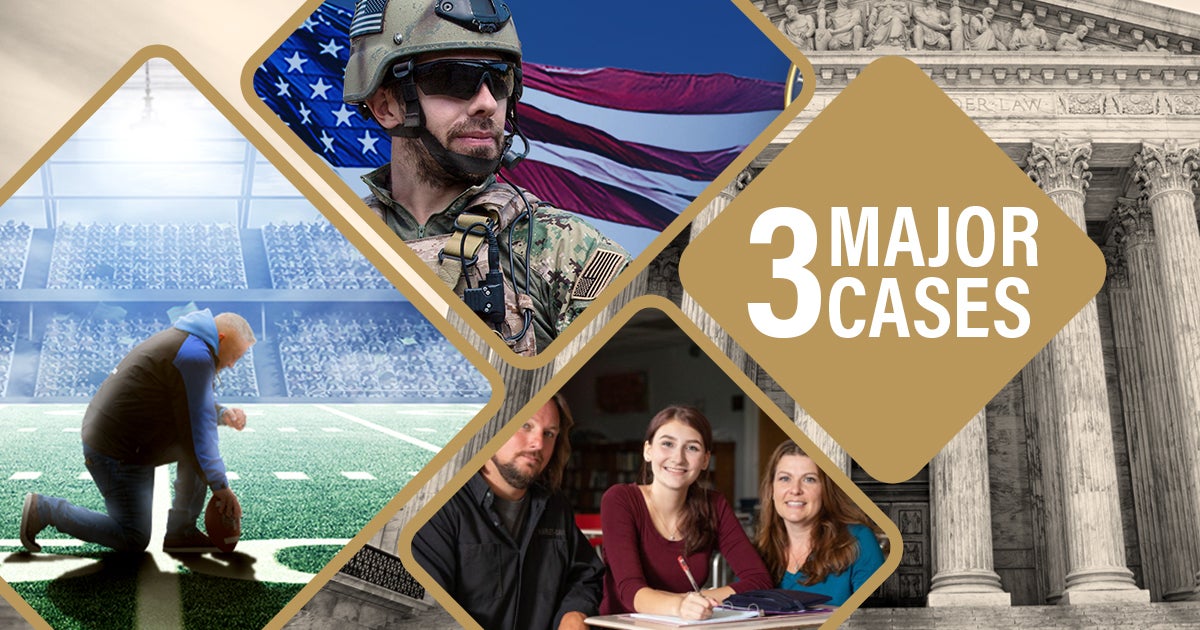 This week, First Liberty filed a brief at the U.S. Supreme Court in defense of our Navy SEAL clients, asking it to reject a recent appeal by the Biden administration.

Just last week, the administration asked the Court to lift a lower federal court order protecting our clients from being punished for requesting religious accommodation to the vaccine mandate. In other words, the government asked for permission to continue punishing religious service members while the case is being heard.

Since the mandate was put in place last year, the administration has shown a particular disdain for the constitutionally protected, sincerely held religious beliefs of our service members. Our clients’ religious accommodation requests have been denied without being given the proper consideration required by law. What’s more, some military officials continue to discriminate and threaten their careers, livelihoods and even their families.

Both a district court and an appeals court have already acted in our favor, affirming there is no military or pandemic exception to the Constitution and ordering government officials to back off while the case is being considered. The original order, issued in January by federal district court judge Reed O’Connor, was recently upheld by the U.S. Court of Appeals for the Fifth Circuit. It is our hope that the Supreme Court will also reject the administration’s punitive approach and respect the religious liberty of our clients.

This is now the third matter First Liberty is fighting at the nation’s highest court. These cases are incredible opportunities to impact religious liberty in our nation—and they also mark a major milestone at First Liberty. 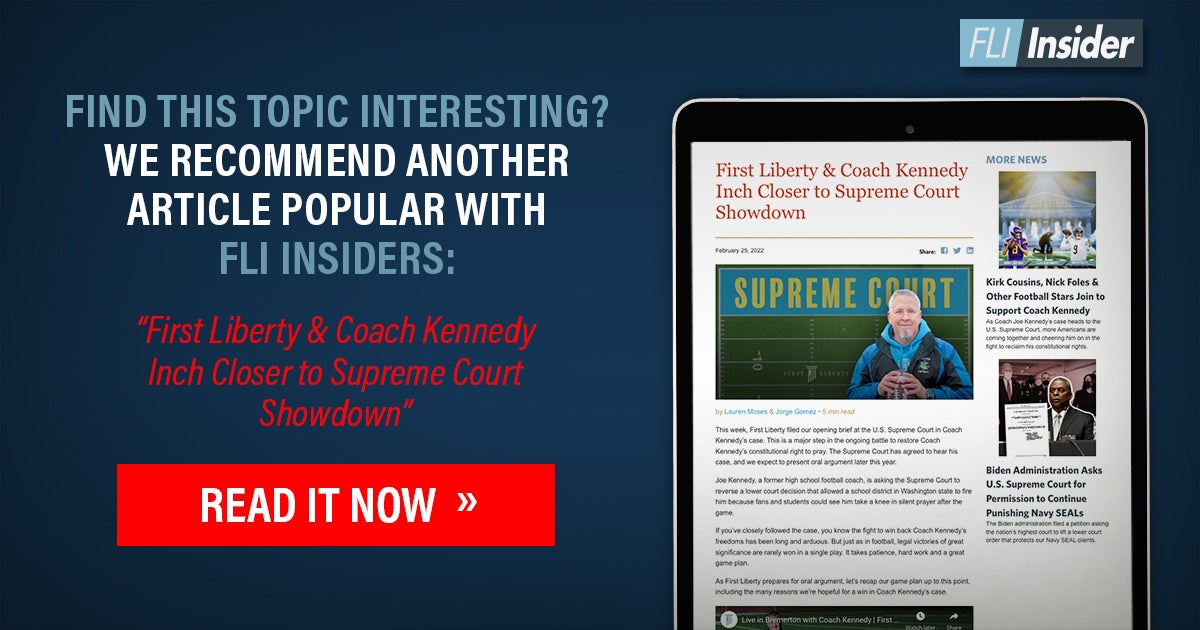 Not only are we defending our Navy SEALs, but we’re also representing Coach Joe Kennedy at the Supreme Court. The Court recently scheduled the argument for April 25.

Winning at the Supreme Court would allow Coach Joe to return to the game he loves and restore his constitutional right to pray. Additionally, this case presents an opportunity for the Supreme Court to review—and possibly rectify—precedent that has harmed religious liberty for decades.

This is the first religious liberty case at the Supreme Court involving a public school coach, which means it could have a broad impact. Public employers, especially school districts, often misunderstand their obligations under the First Amendment’s religion clauses. But now, we’ll be asking the Court to clarify the relationship between the Free Exercise Clause and the Establishment Clause. This case could have major implications for public employees nationwide, helping ensure they would no longer have to choose between their jobs and their religious beliefs.

We’re challenging the state of Maine for banning families from participating in a student-aid program if they choose to send their children to religious schools.

Winning this case could result in greater freedom for parents and families nationwide as they choose the best schools for their children, as well as restored rights for religious schools. A final decision is expected by June.

Litigating three cases at the nation’s highest court is unlike anything we’ve ever seen in First Liberty’s history. We’re only three months into 2022, and this is shaping up to be another groundbreaking year.

To put it in perspective, First Liberty has won three religious freedom cases at the U.S. Supreme Court in the past few years. These wins include victories on behalf of:

Each of those wins was crucial in restoring and protecting religious liberty. But if the Navy SEALs case, the Coach Kennedy case and the Treat Children Fairly case all have favorable outcomes, this means we could achieve three wins at the Supreme Court in a single year!

As one of our supporters, it’s likely you’ve heard us say that First Liberty is the greatest hope for victory in the fight for religious freedom. Thanks to God’s grace, our incredible legal team and national network of top-notch volunteer attorneys, we continue to win over 90% of our cases, from local city matters to landmark decisions at the U.S. Supreme Court.

Of course, these incredible blessings and victories wouldn’t be possible without YOU. Your generous support is why we’re able to offer the best legal defense for our clients at no cost to them—and in doing so, preserve religious liberty for future generations.

But our work is not yet finished. With three cases pending at the Supreme Court, we need you to join the fight.

Fighting and taking each one of these battles to a final victory will take a great amount of manpower and hundreds of hours of work. Please consider donating today to help keep our attorneys fighting for you at the nation’s highest court.