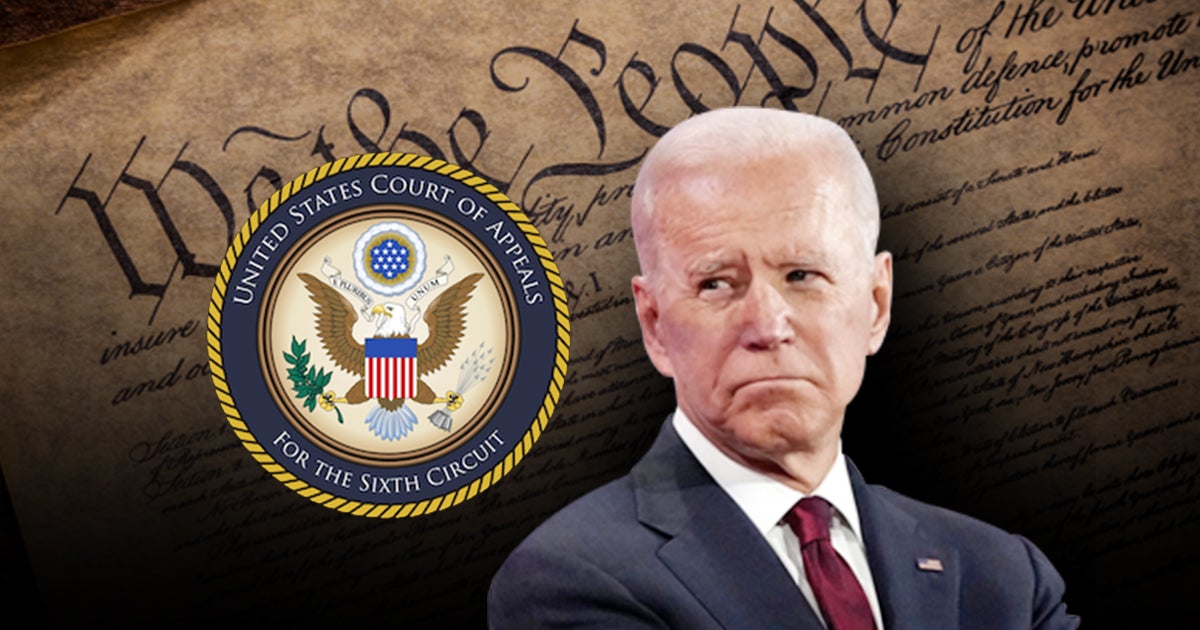 Earlier this week, the U.S. Judicial Panel on Multidistrict Litigation determined that the U.S. Court of Appeals for the Sixth Circuit will decide lawsuits challenging the Biden administration’s federal vaccine mandate.

Recently, the U.S. Department of Labor’s Occupational Health and Safety Administration (OSHA) put in place vaccine and testing requirements on businesses with 100 or more employees—a policy that threatens the freedoms of millions of people of faith in the workplace.

You’ll recall that we secured a victory when the Fifth Circuit issued an order in favor of our clients temporarily halting the mandate pending further review by the courts. Though this was indeed positive, it was only a temporary win.

Because of the numerous lawsuits filed against the Biden administration in multiple appellate courts, the judicial procedure is to consolidate cases so that a single court will hear and decide the legal dispute.

If you’re a person of faith alarmed that the mandate could force you to choose between your faith or your livelihood, it’s important for you to know this: The selection of the Sixth Circuit offers hope and optimism for an outcome favorable to religious liberty. 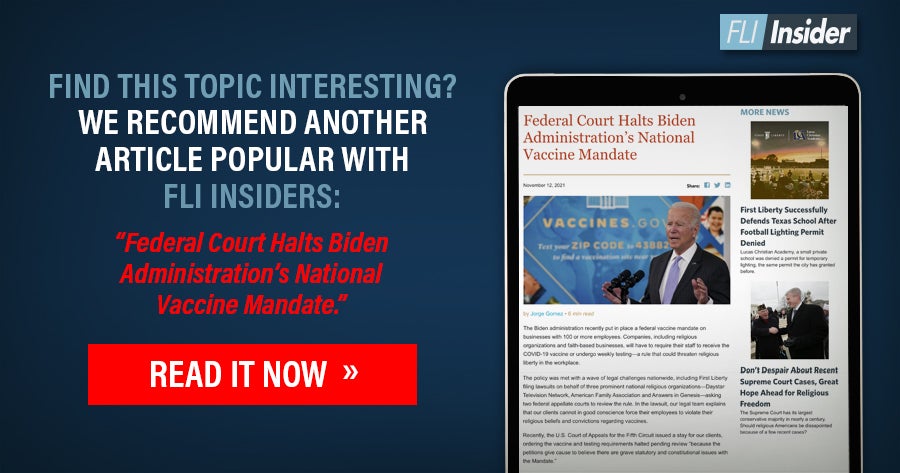 The Sixth Circuit is comprised of a conservative majority, with eleven (11) conservatives to five (5) liberal judges.

Circuit courts typically hear cases in three-judge panels. So, if there is a majority of conservative-appointed judges on a given court, there is a greater probability of drawing a panel with at least one or two pro-religious freedom judges on it.

A court’s composition does not necessarily guarantee a final victory, but it does bode well when a majority of judges’ background and records reflect a commitment to upholding the original text and intent of the Constitution—including our God-given right of religious liberty.

It’s yet to be determined which three judges will be on the Sixth Circuit’s panel. What’s more, it has not yet been decided which legal parties challenging the mandate will have the opportunity to present their case or participate in oral argument before the Sixth Circuit, which could also impact the ruling on this vital issue.