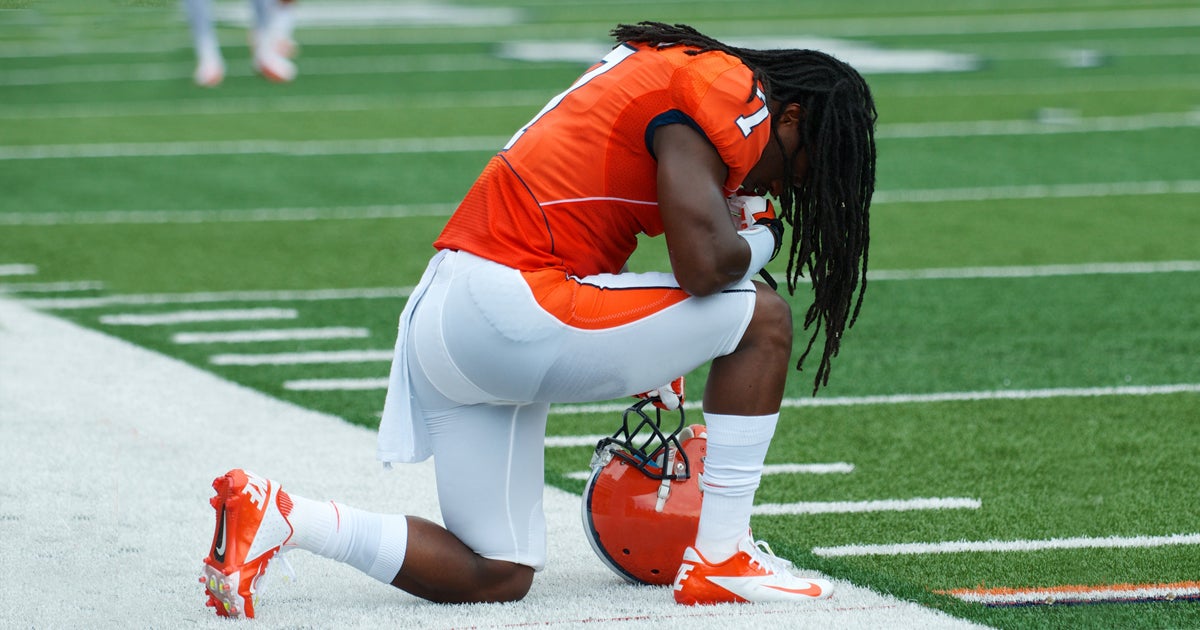 It should come as no surprise to find religion mixed with sports in America. From Tim Tebow’s famous Bible verse eye paint, to teams huddled in prayer at the 50-yard line after games, American athletes and other members of the sports community routinely live out their faith—before, during, and after games.

One such special moment took place a couple of weeks ago, when two high school players knelt right in the middle of the gridiron to pray.

After a grueling game in which Sherman High School triumphed over West Mesquite High 56-27, Sherman senior Gage Smith took a knee, locked hands with his opponent Ty Jordan and prayed for his mother, who is battling cancer. 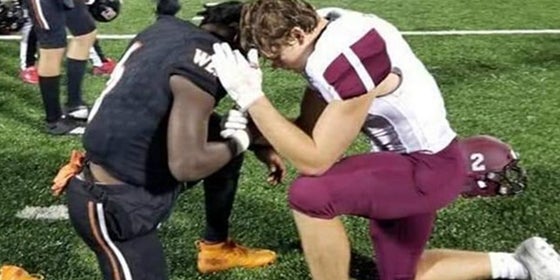 It’s no surprise that a display of sportsmanship and sympathy like this one quickly went viral in the digital world, as it is without a doubt a uniquely touching moment.

Sadly, the enemies of religious freedom oftentimes fail to see the beauty in these emotive expressions of faith. When you survey the national landscape, you’ll increasingly find anti-faith activists and the zealots of the woke cancel culture doing whatever they can to stop student athletes, coaches and sports figures in the community from living out their faith.

They’ve mangled the Constitution’s original intent so badly that for them the football field has somehow become the “end zone” of religious liberty:

But even at a time when our opponents are launching rampant attacks, it’s clear that people are not afraid to put their faith into practice on the field.

On the contrary, we see more and more Americans living it out boldly and openly.

We saw this happen with the two opposing players from Texas who set their rivalry aside to pray together…and we’ve seen more expressions of faith by sports figures all throughout the country: 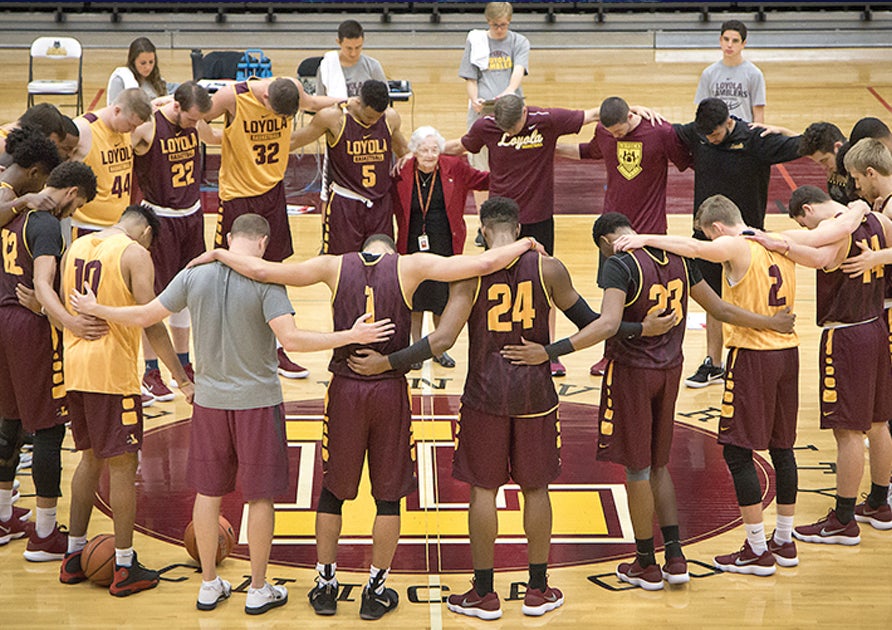 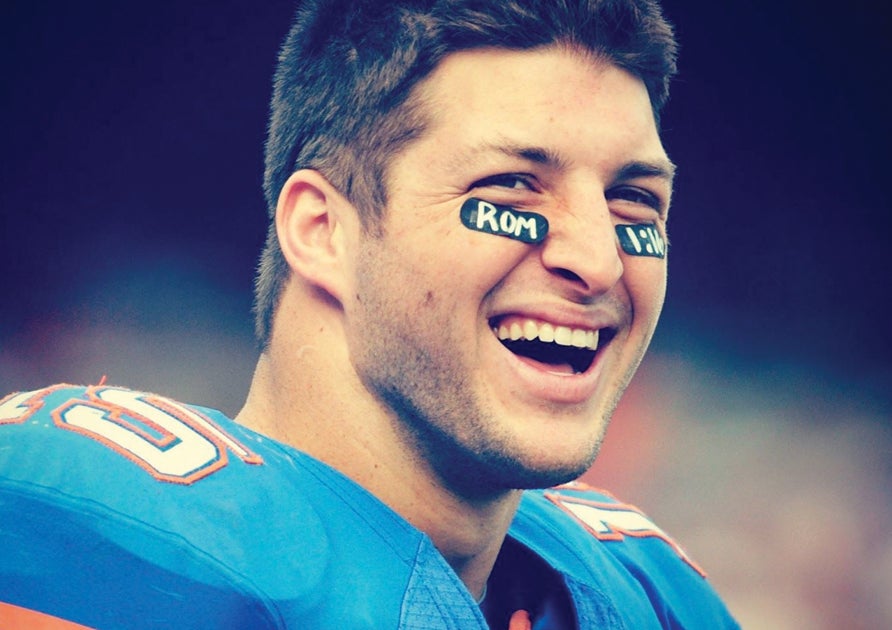 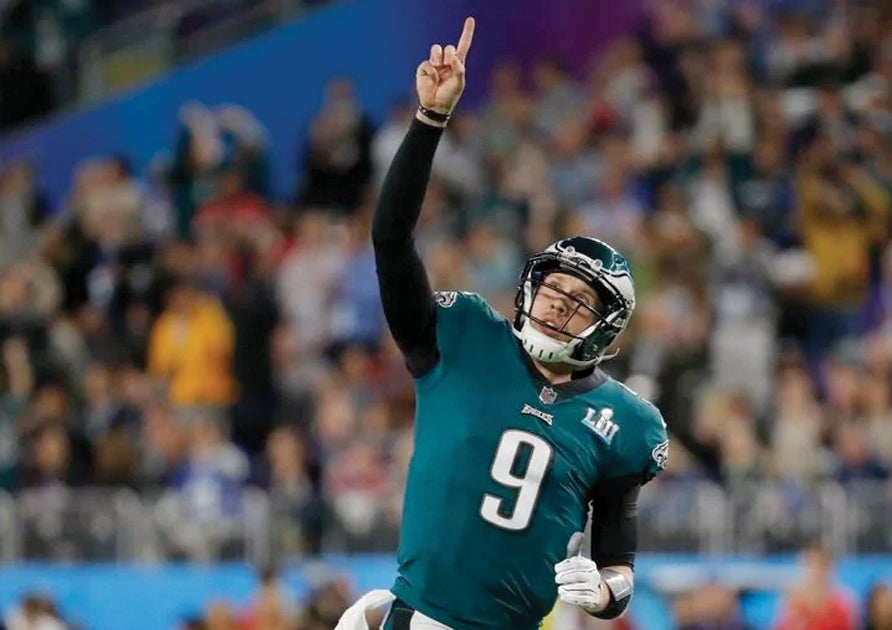 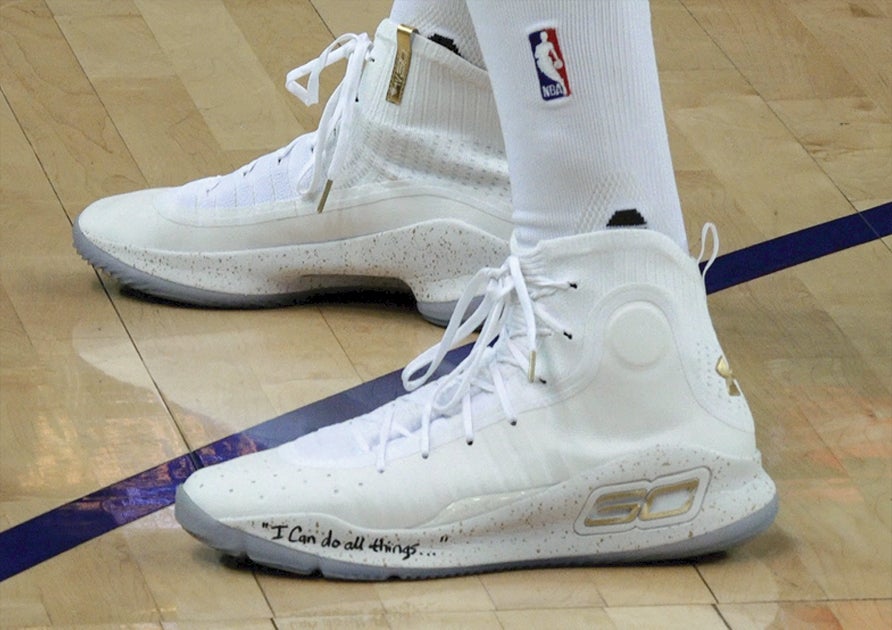 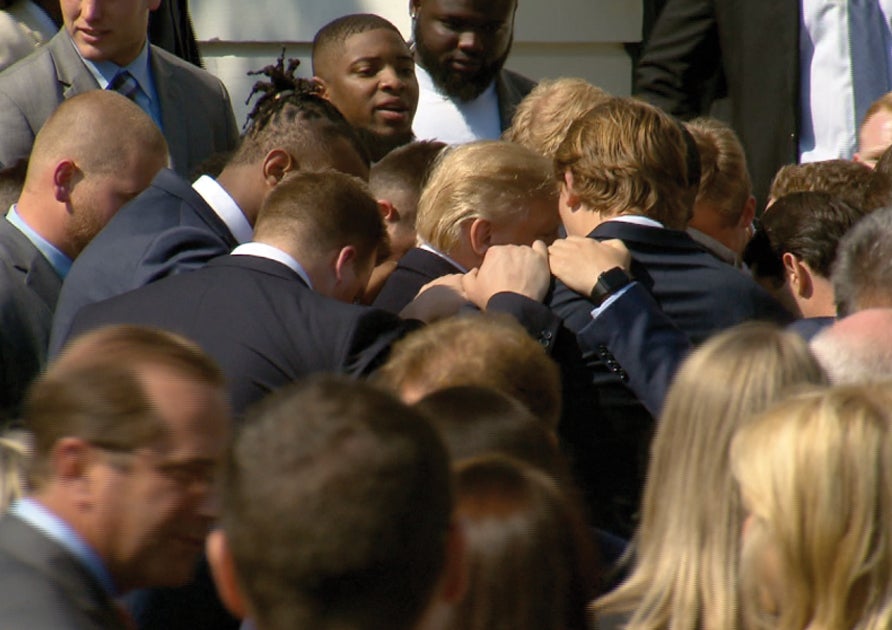 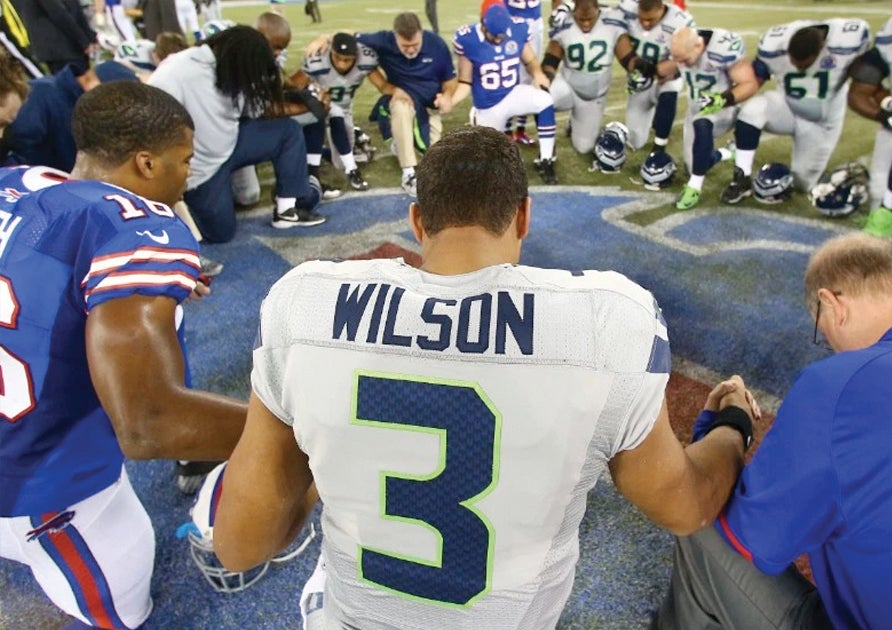 Rants like “Just play, don’t pray!” simply don’t score any points. What keeps the playing field level for religious freedom—and for all Americans—is the playbook we call the U.S. Constitution.

And of course, those who push the anti-religion agenda can’t ignore that First Liberty has a championship legal team of its own. And our winning record speaks for itself.

If you’re ever told not to express your faith on the field, make sure you have First Liberty’s top-notch legal team on your side to defend your rights.

First Liberty is your greatest hope for victory. Help us defend your right to live out your faith both on and off the field. Make a financial donation today.