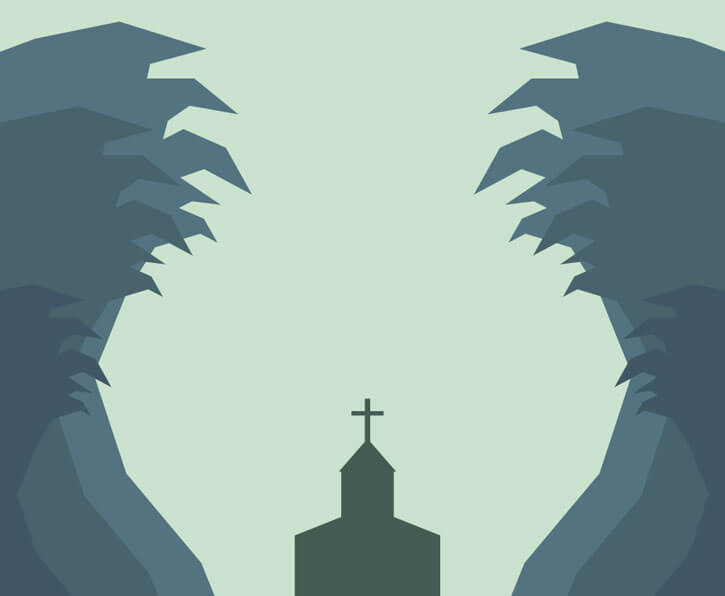 In a move that First Liberty attorneys call a “massive violation” of the First Amendment, the Iowa Civil Rights Commission (CRC) claims churches are generally not exempt from the state’s sexual orientation and gender identity law.

The Iowa CRC requires places of public accommodation, which includes most churches, to:

These requirements could be enforced regardless of a church’s sincere religious beliefs on these issues. Through its broad language, Iowa CRC’s interpretation of the Iowa Civil Rights Act targets anything that is not related to a “bona fide religious purpose,” giving the government license to determine whether a church or religious organization’s actions qualify as “religious” or not. That’s not a misprint. The government now gets to decide whether a church qualifies as “religious.”

These regulations open the gateway for greater government interference into the realm of faith, including everything from church services to child daycare services in church buildings. First Liberty charged Iowa with issuing “a government mandate that [a] church violate its sincerely held religious beliefs under penalty of law.”

FIRST LIBERTY DEMANDS IOWA BACK DOWN

First Liberty sent a demand letter Tuesday to the Iowa CRC on behalf of Cornerstone World Outreach, a church in Sioux City, Iowa. The letter requests retraction of all prior statements regarding the ability of the state to interfere with churches’ doctrine and operation, and that it grant full exemption to the church.

The letter is the first time any church has taken this type of legal action against the government over a sexual orientation and gender identity law.

“I am deeply concerned that the State of Iowa would try to tell us, as a church, what we can teach about matters of sexuality and how we are allowed to ensure the safety and privacy of our children,” said Gordon, father of five.

In the brochure, Iowa CRC defines churches as places of public accommodation, subjecting them to state regulations regarding gender and sexual orientation and facility use.

“This is a clear case of the state violating the sanctity of the church. It should send chills down the spine of every congregation in Iowa,” Chelsey Youman, Chief of Staff & Counsel for First Liberty Institute, said. She continued:

“The State of Iowa claims it has the power to regulate what churches can teach about human sexuality and how they operate their facilities. The government has absolutely no authority to force a church to violate its religious beliefs. This is a massive violation of the First Amendment.”

The Iowa law, as outlined by the Iowa CRC’s brochure, requires that any institution determined to be a place of public accommodation is required to implement and adopt the same practices and view points on gender and sexuality as the state.

By defining churches as places of public accommodation, Iowa CRC has made it unlikely for churches to receive religious exemption from such laws. This leaves churches like Cornerstone subject to the state’s dictation of how it can operate and how it teaches and talks about gender and sexuality.

The brochure requires that places of public accommodation—now including churches—divide bathrooms, locker rooms, and other segregated living facilities based on gender identity, and not on biological sex.

It further regulates what pronouns regarding gender identities can be used, and that any form of harassment is extended to include, “verbal, physical or written misconduct.” The definition of harassment within the brochure is taken so far as to include prohibiting speech that comes across as “unwelcoming.”

NO SAFETY IN THE SANCTUARY

This sweeping language implies that even discussing certain traditional religious beliefs about sexuality and marriage could be deemed “unwelcoming,” and therefore harassment. Such regulations restrict Cornerstone—and other churches—from being able to teach in accordance with their Christian doctrine.

In a section of the brochure entitled, “Does this law apply to churches?” the Iowa CRC answers:

“Such emphasis highlights the Commission’s intention to not only heavily scrutinize the validity and sincerity of the religious doctrines of our client and other religious institutions, but also the very legitimacy of the church as a religious body.”

Kelly Shackelford, President and CEO of First Liberty Institute, says that the state has no right to tell a church what they must believe or how they must teach it to their congregation.

“Religious freedom is nowhere more protected than within the walls of a church,” Shackelford said. “This is a direct attack by the state upon the religious doctrine and beliefs of the Church.”

“The First Amendment was written to protect the rights of churches to teach and live out their faith without fear of government intrusion,” he added.

First Liberty attorneys asked the CRC to grant Cornerstone an exemption and promise not to enforce the law against the church by August 4. If not, the attorneys say they are prepared to pursue “all available legal options.”