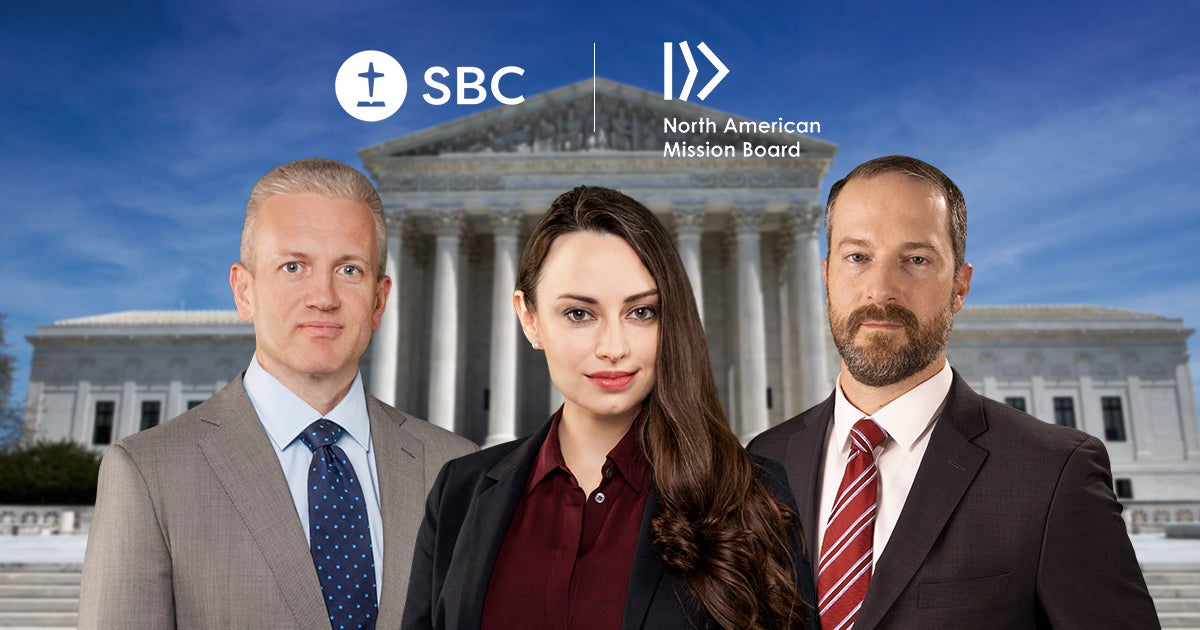 Once the government is permitted to weigh in on churches’ decisions over who their leaders should be, religious freedom is in danger. That’s exactly what’s at stake in First Liberty Institute’s newest case, in which our legal team is defending the North American Mission Board (NAMB) of the Southern Baptist Convention (SBC).

Recently, First Liberty filed a petition at the U.S. Supreme Court on behalf of NAMB, asking the Court to reaffirm that religious institutions—not judges or government officials—have the constitutional right to choose how and who will fulfill their religious missions.

The mission of NAMB is to help plant and support local churches to share the gospel and engage in compassionate ministry. Secular courts are ill-equipped to evaluate how that mission is best carried out and by whom.

Under the First Amendment, religious organizations such as NAMB and local church congregations are permitted to conduct their affairs independently and free from government intrusion, including improper interference from the courts. Another term for this is the church autonomy doctrine. In short, courts are prohibited from meddling in the business of religious organizations by telling them how to operate or how to interact with each other.

The U.S. Supreme Court has upheld this doctrine more than once—and yet, we’re defending it again. Why?

Here’s how this case started, how it made its way to the nation’s highest court, and how the Supreme Court’s decision could impact the rights of thousands of congregations nationwide to continue operating freely and independently. 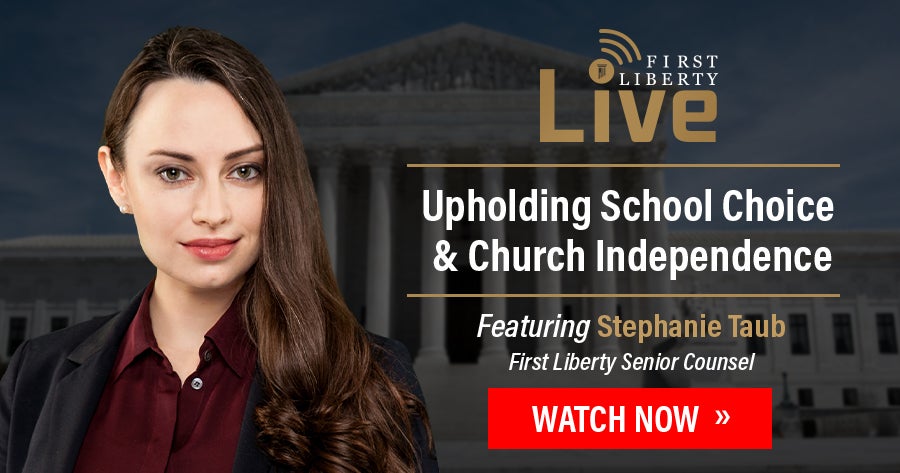 In 2014, a state convention fired its executive director after having differences of opinion regarding the partnership with NAMB. The former employee then filed a lawsuit against NAMB, claiming NAMB influenced his employer’s decision to let him go.

A federal district court dismissed the case and noted that the First Amendment prevents secular courts from getting involved in the leadership or governance disputes of religious organizations.

However, an appeal was then filed at the circuit court level, where a three-judge panel of the U.S. Court of Appeals for the Fifth Circuit allowed the lawsuit to move forward. Then, in a shocking decision, the Fifth Circuit affirmed the panel’s decision in a 9-8 ruling. Therefore, by allowing the case to proceed, the Fifth Circuit is effectively allowing courts to begin to interfere in the decision-making processes of religious organizations, in violation of the church autonomy doctrine.

The good news is that since the case is now presented before the U.S. Supreme Court, the nation’s highest court has the opportunity to reverse this bad decision and actually strengthen the principle of church autonomy.

This isn’t the first time First Liberty has defended the constitutional rights of houses of worship at the U.S. Supreme Court. We’ve been successful on this battlefront in recent years, with two important cases.

In 2020, the Supreme Court ruled in favor of religious freedom in Our Lady of Guadalupe v. Morrissey-Berru. In the case, the Court sided with two Catholic schools defending themselves against employment discrimination claims by their former teachers. That ruling further defined and secured the “ministerial exception,” a legal doctrine protecting religious organizations’ right to choose their leaders, ministers and teachers.

First Liberty filed an amicus (friend-of-the-court) brief in that case, standing with the Catholic schools. In our brief, we argued that protecting the right of churches and religious organizations to choose who teaches the faith is one of the core principles and promises of the First Amendment.

Additionally, we litigated a similar case in the Supreme Court in Puerto Rico (a U.S. territory where the Constitution also applies) that dealt with the right of churches and religious organizations to independently choose their own structure. A few years ago, the Puerto Rico high court issued a troubling ruling that essentially restructured the Catholic-affiliated entities in Puerto Rico, a clear violation of the First Amendment and the church autonomy doctrine. Last year, we won a victory when the Supreme Court reversed the Puerto Rico court’s decision and sent it back for further review.

In both of these cases, the nation’s highest court has made it clear that the Constitution protects the independence of religious organizations to choose their own leaders and structure their affairs without government intrusion.

Hope for the Road Ahead

The Supreme Court’s recent decisions are positive indications for a future victory. They give us hope that the Court will once again affirm that NAMB, like thousands of faith-based ministries nationwide, has a constitutionally-guaranteed freedom to conduct their own affairs. Indeed, this is a case to watch closely, as the outcome will have significant ramifications for all religious organizations and churches in America.

Once a court gets to meddle in the internal matters of churches, religious schools or ministries, telling them how to operate and who they can put in charge, it’s only a matter of time until government is telling churches what they can be and what they can believe. How religious organizations cooperate with local churches is a sacred right protected by the First Amendment—and it’s a right First Liberty is committed to defending.