Justice Samuel Alito made a rare public speech recently. All Americans should heed his warning. 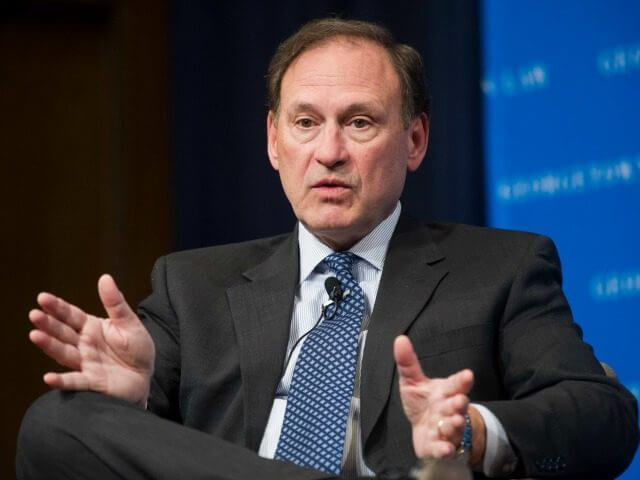 A Supreme Court Justice issued a rare and stark warning recently about the state of religious liberty in America.

Speaking to a group of Catholic lawyers in March, Justice Samuel Alito said that “a wind is picking up that is hostile to those with traditional moral beliefs” based on faith.

It’s highly unusual for a Supreme Court Justice to speak out about an issue in a public speech. They typically reserve their thoughts for official Court opinions. But Justice Alito felt sufficiently alarmed to speak publically of the danger facing Americans who value religious liberty.

This is Justice Alito’s second warning about the escalation of war against religious freedom within two years. In June 2015, Alito warned in a dissenting opinion that people with traditional beliefs would be labeled negatively.

At that time, he predicted that judicial rulings “will be used to vilify Americans unwilling to assent to the new orthodoxy.” He said:

“I assume that those who cling to old beliefs will be able to whisper their thoughts in the recesses of their homes, but if they repeat those views in public, they will risk being labeled as bigots and treated as such by governments, employers, and schools.”

“By imposing its own views on the entire country,” he said, “the majority facilitates the marginalization of the many Americans who have traditional ideas.”

Now, he claims, “we are seeing this come to pass.”

Are we? Recent legal decisions certainly seem to point in that direction. Wedding vendors making principled faith-based decisions regarding participating in ceremonies they believe are contrary to their faith have been on the wrong side of court decisions in their cases. Pressure has mounted against members of the military who either expressed, or were suspected to have, faith-based beliefs regarding certain issues of faith and marriage.

First Liberty Institute is the nation’s largest legal organization dedicated exclusively to defending religious liberty for all Americans. As its caseload has grown exponentially, those cases are spread over massive sectors of American society where violations of religious liberty have grown: 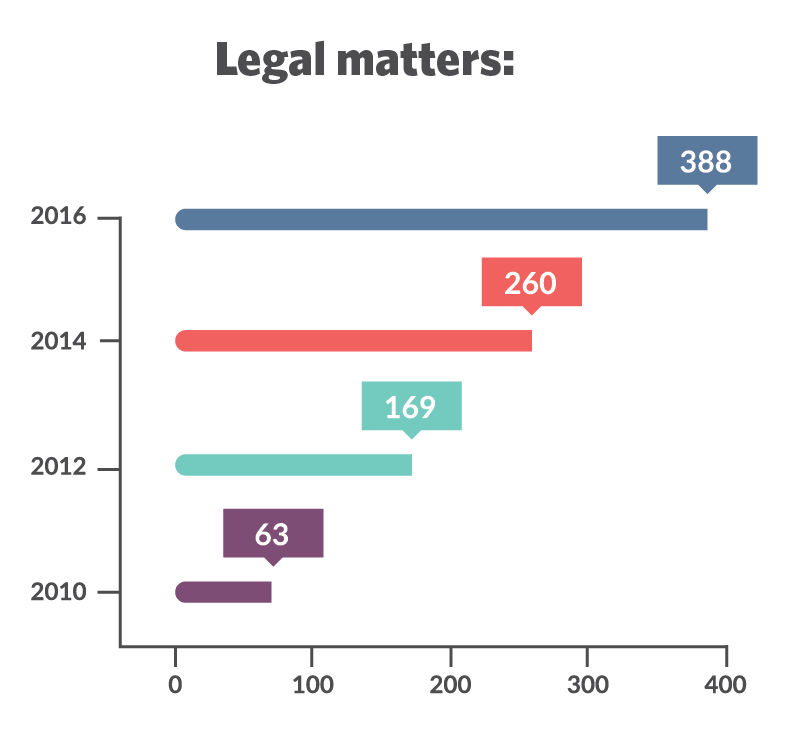 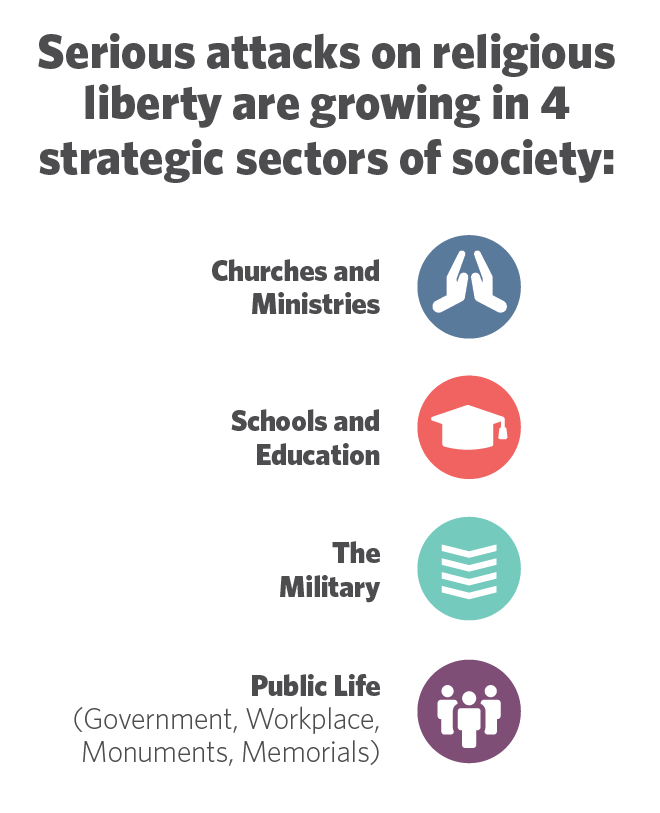 The stakes of many cases are rising as fast as the numbers. First Liberty’s cases that are currently in high federal court (some of which could end up all the way at the Supreme Court) include the following:

These cases are just a sample of the nationwide push against religious freedom, and the push back by people of faith struggling to keep their freedom. And each of these cases has the potential to dramatically alter the future of religious liberty in America.

The good news? The future could turn brighter with victories in cases like these. With new appointees to the Supreme Court and federal courts, such victories are now a possibility.

Even as these battles are waged in courtrooms and lawmakers battle over religious freedom legislation, another fight must take place. In fact, it’s what Alito called the “most important fight.” And that fight is for the hearts and minds of Americans.

“It is up to all of us to evangelize our fellow Americans about the issue of religious freedom,” Alito said.

“If we win every court battle for religious freedom, but American people do not understand why religious freedom matters, then our victory is incomplete,” said Kelly Shackelford, President and CEO of First Liberty Institute.

He added that educating others “is the most important thing anyone can do for the cause of religious freedom.”