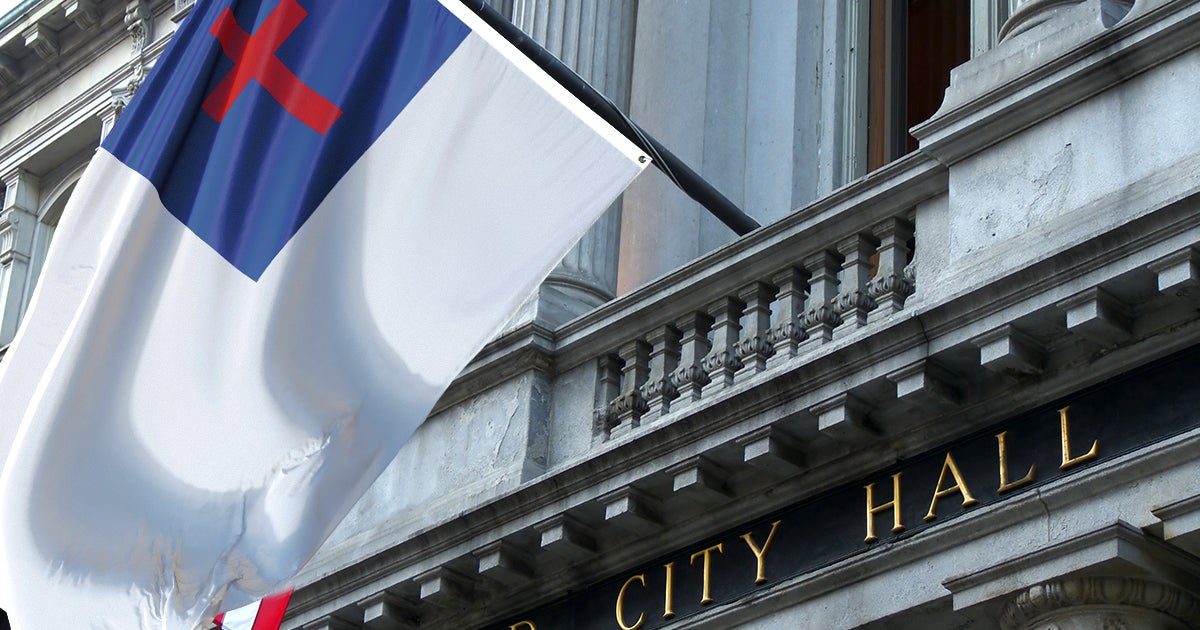 This week, the U.S. Supreme Court issued a unanimous ruling in Shurtleff v. Boston, an important free speech and religious liberty case. The Court held that the city of Boston violated the freedom of speech of a Christian group when it refused the group’s request to fly a Christian flag outside city hall.

Boston has a program that allows private citizens to host public events in front of city hall and to fly their own flags on one of the plaza flagpoles. Past events displayed a wide variety of flags, including those of other nations, historical clubs and cultural groups.

Harold Shurtleff—a local resident—applied to fly a Christian flag—a white banner with a red cross on a navy background in the corner—to correspond with an event for his organization, Camp Constitution. Its mission is to educate Americans on the historical civic and social contributions of the Judeo-Christian community to our country. Boston refused his application because it thought flying a Christian flag would be an establishment of religion.

The First Circuit Court of Appeals previously held that the rejection of Camp Constitution and Shurtleff did not violate their constitutional rights. The Supreme Court’s 9-0 decision overturned that ruling and sent the case back to be reconsidered by the lower court.

“Boston’s flag-raising program does not express government speech. As a result, the city’s refusal to let Shurtleff and Camp Constitution fly their flag based on its religious viewpoint violated the Free Speech Clause of the First Amendment.”

This is a victory for religious freedom that rejects the city government’s “impermissible viewpoint discrimination.” 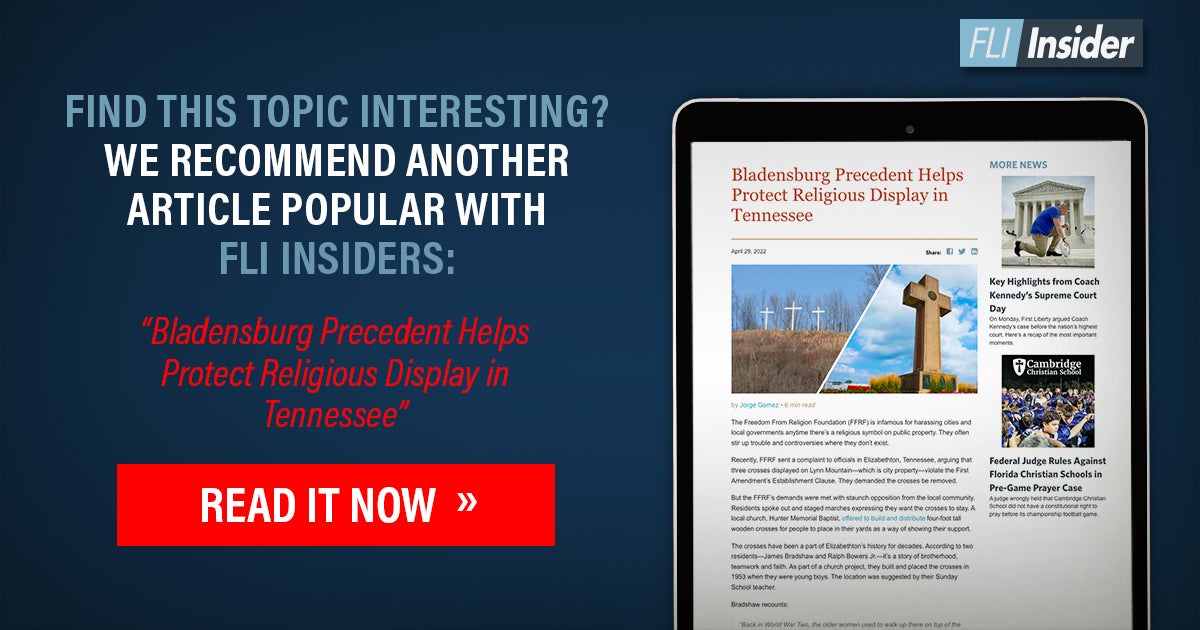 When government opens a public forum, it cannot say every viewpoint is acceptable except for a religious one. So, if the government is allowing other people to fly flags expressing various ideas on its flagpole, then it cannot deny Shurtleff’s request to fly a Christian flag. His display—and many other religious displays—does not equate to the government endorsing a religion, because it is not government speech.

The lower court cited something known as the “Lemon Test” in its ruling, named after the Supreme Court decision in Lemon v. Kurtzman. Historically, that test has made it too easy for someone to claim they are “offended” by a religious display, then sue and win in court. But, while the Supreme Court has moved away from the Lemon Test in recent years, the lower courts continue to employ it. And people of faith are often on the losing side.

First Liberty filed a friend-of-the-court brief reminding the Court what it said in our landmark victory, The American Legion v. American Humanist Association.

In that ruling, the Court upheld the constitutionality of the Bladensburg WWI Veterans Memorial, a cross-shaped monument located on government property in Maryland. It also made an important change in our constitutional law, returning to a more commonsense reading of the First Amendment. For cases involving religious displays, the Court abandoned Lemon.

In American Legion, the Court returned to a more constitutionally faithful “history and tradition” test:

In other words, the days of offended observers forcing governments to scrub all public references to the divine are over.

Justice Neil Gorsuch agreed in a concurring opinion, noting the “real problem” in this case “runs deeper.” He pointed to governments and courts across our country still thinking they have to apply the Lemon test, even though the Supreme Court has abandoned this harmful precedent. Justice Gorsuch didn’t mince words:

“Lemon ignored the original meaning of the Establishment Clause, it disregarded mountains of precedent, and it substituted a serious constitutional inquiry with a guessing game. This Court long ago interred Lemon, and it is past time for local officials and lower courts to let it lie.”

Shurtleff is a critical victory. But it’s only one among several cases pending at the Supreme Court this term that could have broad impact for our First Freedom.

As we celebrate this win, please keep praying the Court will also issue favorable rulings for religious freedom in the following cases: