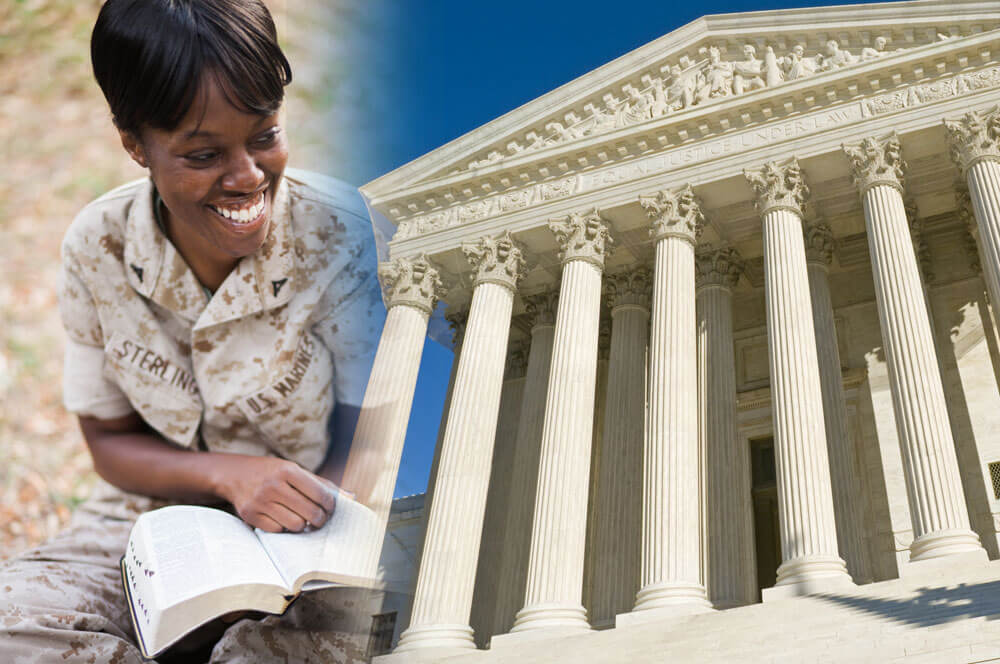 Religious freedom for military members could be further protected — or severely inhibited — in the coming months, and it all depends on the U.S. Supreme Court.

In December, First Liberty Institute asked the U.S. Supreme Court to review the case of Monifa Sterling, a U.S. Marine who was convicted at a court martial for refusing an order to remove a Bible verse from her personal workspace.

The outcome has the potential to determine the extent of religious freedom for all Americans, not just those serving in the military. (Read an explainer on the case.)

“It’s rare for a Supreme Court case to receive a single amicus brief at this stage, let alone seven,” Kelly Shackelford, President and CEO of First Liberty, says. “We’re blown away to see a broad range of parties of such high caliber weigh in on this case to support religious freedom.”

The briefs were submitted by those who have a vested interest in the outcome of the case. They include:

WHY DOES STERLING’S CASE MATTER?

Because Sterling invoked the Religious Freedom Restoration Act (RFRA) in her defense, the question before the Supreme Court is how RFRA should be interpreted to protect individuals when the government burdens a person’s religious exercise.

Despite the fact that Sterling’s case involves the expression of her faith, her rights under RFRA have been repeatedly denied, from her initial court martial all the way up to the Court of Appeals for the Armed Forces (CAAF).

So what’s the problem? At the end of the day, won’t this case just affect one Marine? While it might seem that way, the stakes are much higher.

And it won’t stop there.

According to First Liberty President Kelly Shackelford, such a strong ruling could even affect religious freedom rights for civilians in the future.

SHACKELFORD: WE ARE HOPEFUL

First Liberty Institute, along with former solicitor general of the United States Paul Clement of Kirkland & Ellis LLP, represents LCpl Sterling in her appeal to the Supreme Court.