The Bakery, the Pacifist, and the Movie Director

Mel Gibson’s film “Hacksaw Ridge” provides a timely reminder of the principle of conscientious objection—a principle that could provide the blueprint for protecting freedom of conscience in today’s America. 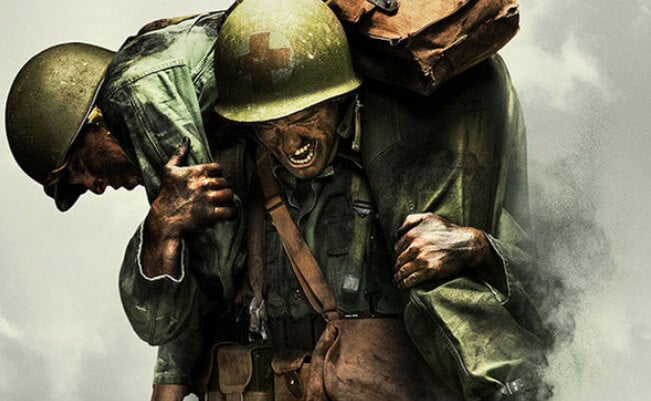 You might be surprised, but director Mel Gibson, pacifist World War II hero Desmond Doss, and former bakery owners Aaron and Melissa Klein all have something in common. What is it?

The common denominator is that they have all—in some form—brought attention to the principle of religious conscientious objection to a government-preferred viewpoint and practice. This American tradition of conscientious objection could provide the model for protecting the freedom of conscience of religious believers in a culture rapidly departing from traditional moral norms.

Aaron and Melissa Klein are First Liberty clients and the former owners of “Sweet Cakes by Melissa,” a bakery in northwestern Oregon. Oral arguments in their case were heard just this week by the Oregon Court of Appeals.

Devout Christians, the Kleins hold the traditional, historic view of Christianity that marriage is the sacred union of one man and one woman. However, an Oregon state administrative agency penalized the Kleins $135,000 after they declined to make a wedding cake for a same-sex couple’s ceremony.

Other wedding vendors in various states have also faced legal action for declining to provide goods and services for same-sex ceremonies that violate their religious convictions.

HACKSAW RIDGE HONORS MAN WHO EXERCISED HIS FAITH WHILE SERVING IN U.S. MILITARY

In current-day America, the conscience rights of religious believers like the Kleins are often trampled. Recently, however, Americans received a vivid reminder of the principle of conscientious objection from an unlikely source—the entertainment industry—in the form of the Mel Gibson movie Hacksaw Ridge.

In an article titled “Defending Conscience Rights at Hacksaw Ridge and in the HHS Cases” First Liberty Institute Deputy General Counsel Matthew Kacsmaryk noted the support from entertainment elites for the film, which Kacsmaryk observed is “a movie about a man who exercised his religion while performing a government job and being paid a government salary.”

Hacksaw Ridge, he explained, tells the story of Desmond Doss, a private in the United States Army during World War II. However, Private Doss was no ordinary service member. A Seventh-day Adventist, Private Doss was a conscientious objector who, though agreeable to military service, objected to carrying a gun and taking human life.

Despite his pacifist beliefs, Private Doss made history when he became the first conscientious objector to receive the Medal of Honor. Private Doss showed his heroism and courage in rescuing 75 wounded men during the Battle of Okinawa at great risk to his own life.

Hacksaw Ridge was favorably received at many award shows, and moviegoers at the Venice International Film Festival gave it a ten-minute standing ovation. As Kacsmaryk observed:

In cheering Hacksaw Ridge, the creative class has rediscovered (or inadvertently stumbled into) a longstanding American principle that once united the left and right sides of the ideological spectrum: To the greatest extent possible, the government should provide particularized and belief-specific conscience protections for religious persons who are willing to serve their country but unwilling to violate their faith.

Though the conscience rights of religious believers—particularly those with traditional views of marriage, sexuality, and the sanctity of human life—are often challenged today, the story of Private Doss is just one episode in a long American tradition of protecting the rights of conscience.

In a piece published in 1792, James Madison proclaimed that “Conscience is the most sacred of all property.” As noted in a First Liberty Institute legal brief, the beginnings of conscientious objection in America reach back to the colonial era. In this period, members of pacifistic religious groups—Quakers, Mennonites, and Brethren—migrated to America.

When they refused to participate in the militia, members of these groups encountered persecution. However, in the end, exemptions for conscientious objectors were granted by all the American colonies except Georgia.

A respect for the rights of conscience carried over into the new nation, though conscientious objectors still experienced persecution from time to time. However, regarding conscientious objectors, the Continental Congress of the American Revolution stated that it “intend[ed] no Violence to their Consciences.”

In addition, in a letter to a Quaker leader after the Revolutionary War, George Washington—military leader and hero of the American Revolution—wrote:

I assure you very explicitly, that in my opinion the conscientious scruples of all men should be treated with great delicacy and tenderness: and it is my wish and desire, that the laws may always be extensively accommodated to them, as a due regard for the protection and essential interests of the nation may justify and permit.

Conscience exemptions and accommodations in America have not been limited to military service. First Liberty’s brief also described the conscience protections put in place for healthcare providers after Roe v. Wade (1973).

For example, in the wake of Roe, U.S. Senator Frank Church sponsored what has been called the “Church Amendment.” This piece of legislation protected private hospitals that received funds from the federal government from being forced to violate their consciences by performing abortions or sterilizations.

The states also took action to protect conscience rights. At the close of 1978, the vast majority of states had passed legislation similar to the Church Amendment. Today, 47 out of the 50 states have laws that protect medical professionals from being forced to participate in abortions.

Yet in today’s America, the rights of conscience are under attack, especially in areas where the religious convictions of people of faith collide with the position of the government and the cultural elite regarding matters of marriage and sexuality. Wedding vendors who seek to operate their businesses in a way that honors their faith and who conscientiously object to same-sex unions are particularly at risk.

CONSCIENTIOUS OBJECTION APPLIES TO ALL, NOT JUST THOSE WITH CULTURALLY POPULAR VIEWPOINTS

However, free speech and freedom of religion—even for beliefs that contradict culturally popular or government-preferred views—are American values. As Kacsmaryk stated, the principle of conscientious objection “is most needed when the government disfavors a particular religious belief.”

Kacsmaryk noted that the enthusiasm for Hacksaw Ridge and Private Doss coming from the “creative class” is due to the pacifistic beliefs of Private Doss featured in the film. Yet, he pointed out that “the principle of conscientious objection” applies equally to Catholic healthcare providers at risk from Department of Health and Human Services regulations, the specific focus of Kacsmaryk’s article.

The principle of conscientious objection is also applicable to wedding vendors like the Kleins who conscientiously object to contributing their time, talent, and artistic expression to the celebration of a practice that violates their religious convictions.

People of faith should not be forced to leave behind their sincerely-held beliefs when they go to work or operate their own businesses. Instead, America should treat the religious consciences of all its citizens—whether those with pacifistic leanings like Private Doss or those with religiously orthodox views of marriage like the Kleins—with dignity, fairness, and respect.