The Bible Stays and Our Veterans Win 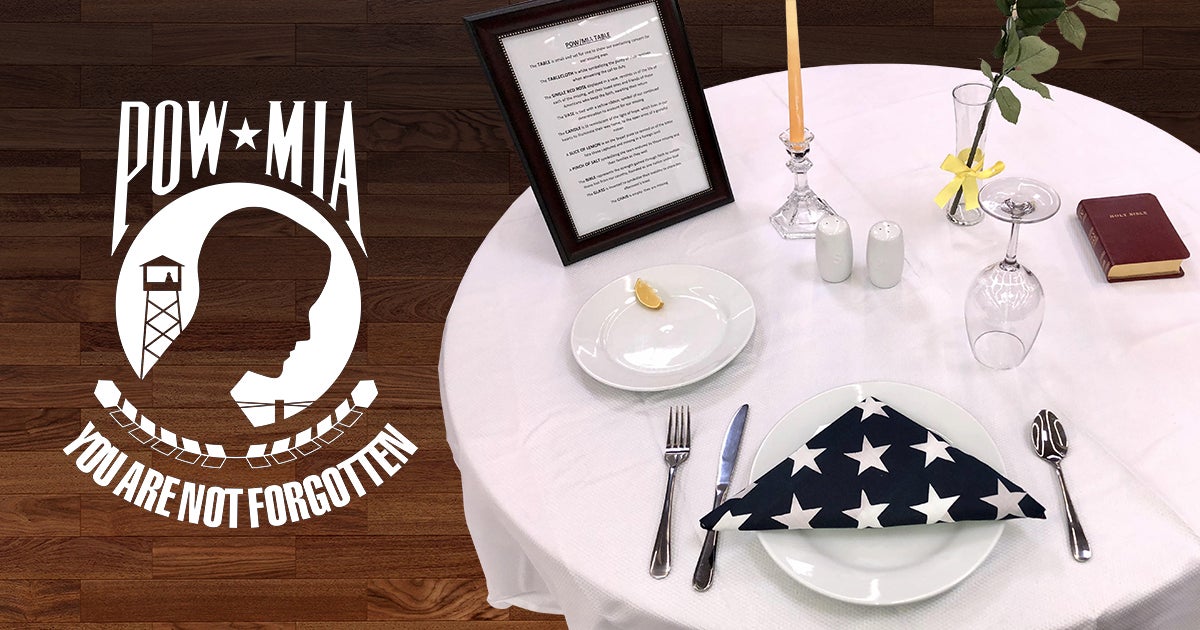 A federal court dismissed a lawsuit filed by the deceptively named Military Religious Freedom Foundation (MRFF). The MRFF—an outside group located more than 2,000 miles away—had sued to remove a donated Bible displayed on a POW/MIA Remembrance Table at the VA Medical Center in Manchester, New Hampshire.

That means the Bible stays. This is a win for our clients, the Northeast POW/MIA Network, a private organization of veterans and patriots that owns and maintains the display.

While this is a favorable outcome, we remain cautious and vigilant. The radical MRFF is infamous for attacking virtually any religious expression in the military. It would not surprise us if they attempted to find another way to defile the display. If their harassment returns, First Liberty is ready to defend our clients.

Our military service members—including those who suffered in captivity or went missing in action—paid a high price to keep us safe and protect our freedoms. POW/MIA Remembrance Displays are a longstanding military tradition, one that commonly includes Bibles, Scripture, and other religious symbols to pay tribute to our service members.

Since at least the end of the Vietnam War in the early 1970s, our nation has maintained the sacred tradition of setting a separate table in countless Department of Defense and Department of Veterans Affairs facilities to honor POW/MIAs. The tables are decorated with symbolic items to remember their sacrifice.

But one thing that isn’t immediately evident is how faith and religious freedom play a vital role when honoring our POWs and MIAs.

Faith and religious liberty have been integral throughout America’s military history. Service members, families, and the armed forces community have made use of religious symbols, literature or Scripture to help remember the strength through faith necessary for service members.

One example we can turn to is the history of POW/MIA Remembrance Day. Each year, on the third Friday of September, our nation commemorates those who never made it home, went missing in action or suffered in captivity.

The first observance of POW/MIA Remembrance Day was held in the National Cathedral in Washington, D.C., highlighting the importance of faith in the lives of service men and women.

Similar to veterans’ memorials and military gravestones with religious imagery designed to honor our fallen heroes, one often finds a Bible or other religious texts incorporated into POW/MIA Remembrance Displays—such as the Bible that now sits at the Manchester VA Medical Center.

That particular Bible was graciously donated by U.S. Army Air Corps Technical Sergeant Herman “Herk” Streitburger, a WWII veteran whose bomber was shot down and who was imprisoned at a camp in northern Germany with several of his brothers-in-arms.

Herk took part in the decades-old practice of paying respect to his brothers and sisters through donating his Bible for the display. It’s a special and tangible reminder of how faith served as a source of solace and courage.

Sadly, activist groups such as the MRFF continue to attack the rich history of religious expression in the military. And if their legal attacks weren’t enough, these anti-freedom groups often add insult to injury. The MRFF even went as far as to say it is “repugnant” to display a Bible.

The MRFF’s persistent harassment and its baseless attacks are an insult to the memory of Herk, as well as a dishonor to countless, brave American heroes who’ve had to endure torture, imprisonment and cruelty while in the hands of the enemy.

If the MRFF or anyone tries to threaten to desecrate this POW/MIA Remembrance Display, they will have to go through us. First Liberty is honored to stand with the Northeast POW/MIA Network, service members, veterans and military families across the country in their tireless efforts to honor our nation’s heroes.