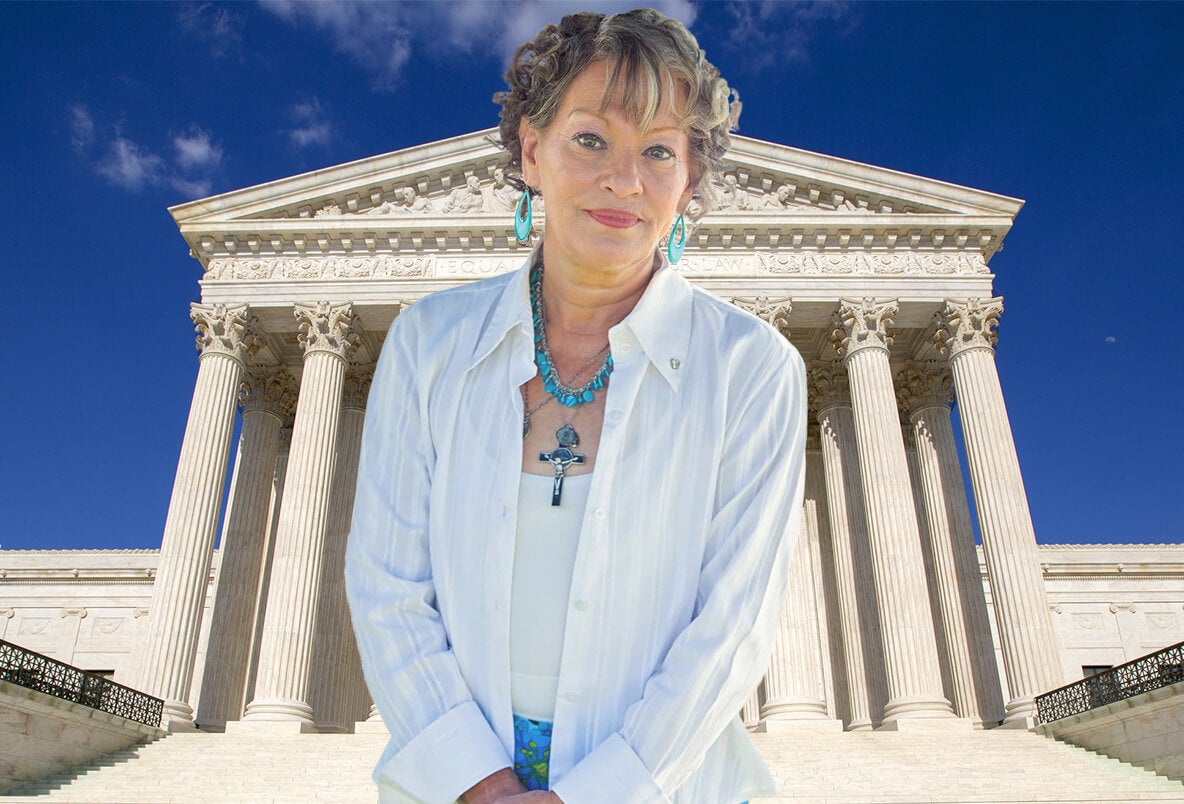 On the last day of the Supreme Court’s term, the Justices issue a ruling upholding and reaffirming the constitutional right of Americans to pray in their own home.

Last week was anything but ordinary. The Supreme Court of the United States issued rulings on some of the most pivotal religious freedom cases of the year – and First Liberty was right in the middle of the action.

But of all the legal battles we’ve fought and the victories we’ve attained, we’d like to share with you one of the wins that will have a profound and personal impact for people of all faiths throughout the entire country. And that is in the case of Mary Anne Sause, a retired Kansas nurse who was told by two police officers to stop praying in the privacy of her own living room.

Not only did these officers violate Mary Anne’s constitutional rights by telling her to stop praying in her home, they also ridiculed and mocked her in the process. And no American citizen should ever be subjected to such outrageous behavior by government officials.

That’s why we took the case to the nation’s highest judicial body. In our petition we asked the Supreme Court to reaffirm that no American should ever be told that they cannot pray in their own home.

And the Court agreed.  “There can be no doubt,” wrote the Justices of the U.S. Supreme Court in their opinion, “that the first Amendment protects the right to pray.”

After nearly three years of litigation, our attorneys vindicated Mary Anne’s constitutional rights, securing a crucial victory to protect religious liberty in one of the most sacred and protected spaces – the home.

The Supreme Court granted our petition and reversed a lower circuit court ruling that had shielded the officers from liability – even though these officers would have known that they were violating Mary Anne’s First Amendment rights.

And what exactly does this victory mean for freedom-loving Americans like you?

Foremost, the Supreme Court’s decision sends a clear signal that citizens are entitled to religious liberty in their own home.  As the Court explained, “Prayer unquestionably constitutes the ‘exercise’ of religion.”

It All Started With A Handwritten Complaint

Today, Mary Anne can rest easier in light of the Supreme Court’s ruling. But the road to this critical victory was by no means easy, particularly for Mary Anne.

This case started the old-fashioned way. Mary Anne went to her local library to figure out how to file a federal lawsuit. She then picked up a pen and paper and drafted a complaint on her own, borrowing her neighbor’s Internet and an iPad from the library to make sure she was doing it right.

When the district court dismissed her handwritten complaint, Mary Anne thought it was over. If she couldn’t afford an attorney to file the complaint, how could she afford one to appeal the decision to the U.S. Court of Appeals for the Tenth Circuit or the U.S. Supreme Court?

Fortunately, she did not have to fight alone. After discovering what had happened to Mary Anne, our attorneys sprang into action to provide her with the representation she needed in one of her most difficult and challenging moments.  We brought in our network attorneys from one of the most expert appellate practice groups in the nation at Gibson, Dunn, & Crutcher, LLP to lead the case, including veteran U.S. Supreme Court advocate and now judge on the U.S. Court of Appeals for the Fifth Circuit, James C. Ho. After Judge Ho took the bench, Allyson Ho – another formidable and highly respected Supreme Court practitioner – stepped in to be lead on the case for First Liberty and Mary Anne.

Ultimately, what started as a handwritten complaint drafted at the local library made it all the way to the Justices of the Supreme Court of the United States.

Without First Liberty’s involvement and the leadership of our network attorneys, Mary Anne would likely never have had her constitutional rights restored.

Mary Anne’s case shows why First Liberty’s legal team works arduously to be first in the fight to protect and restore religious freedom. Hostility and constitutional violations are affecting Americans beyond the public square, and thus we are leading the charge and fighting back when these encroachments – quite literally – come knocking at your door.

If you helped support First Liberty and Mary Anne’s case, thank you. Today, we can celebrate a profound victory with Mary Anne.