This One Takes the Cake: Why the Supreme Court Must Hear Aaron and Melissa Kleins’ Case 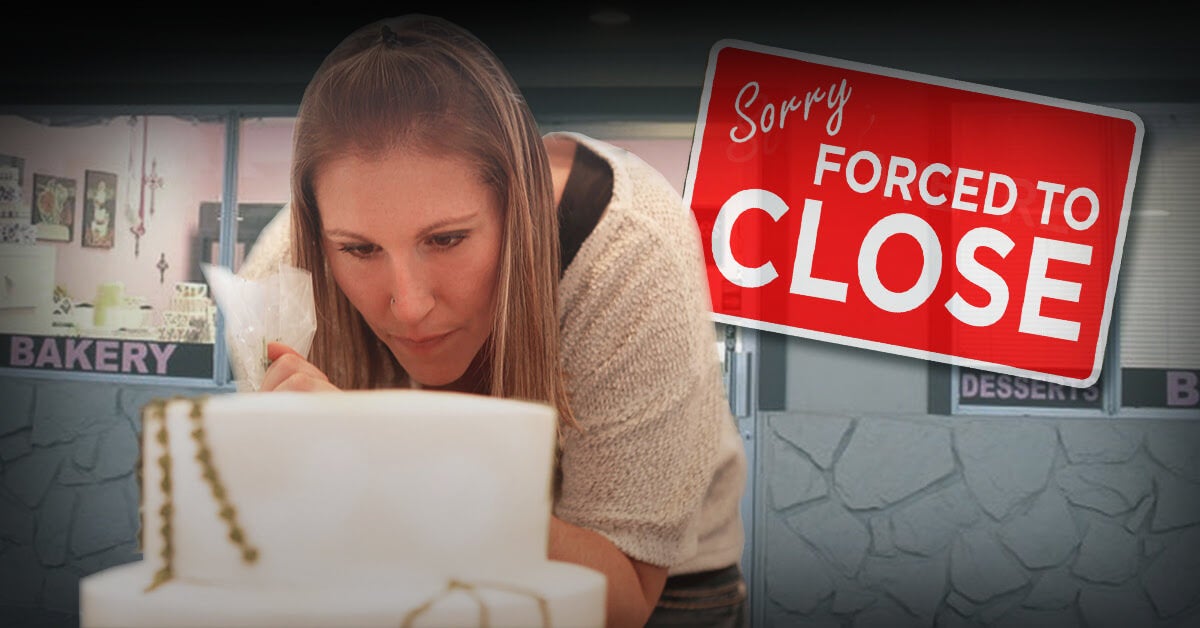 If you thought the florist, the baker, or the candlestick maker were done fighting…think again!

Earlier this year, the Supreme Court left American business owners wondering whether the Constitution protects their right to operate their business according to their faith.

But, at some point, the High Court will have to give them a clear answer.

And now that First Liberty has petitioned the Supreme Court to hear Aaron and Melissa Klein’s case, the 9 Justices have in front of them the case and a prime opportunity to settle the issue.

Aaron and Melissa’s case tackles the very heart of the matter, it addresses the question that’s burning in our mind and in that of millions of Americans: Will people of faith in America continue to be condemned and threatened – and dragged through court for years and years – simply for running their business according to their faith?

And beyond offering clarity to that question, the Supreme Court has a chance to decide if government officials may bankrupt a family business simply because of the owners’ religious beliefs, or to compel them to speak a message contrary to those beliefs.

This isn’t the minor leagues, folks. The stakes in this case are monumental.

At the very core, the Court’s decision on the Kleins’ appeal will have a rippling effect on the foundational freedoms and values that we’ve upheld as Americans throughout our country’s history – especially the freedom to live out your faith wherever you may go, whether it’s at home or your place of work.

Listed below are 6 key reasons why our expert legal team thinks it’s a “no brainer” for the Supreme Court to hear and issue a final decision in favor of Aaron and Melissa Klein: 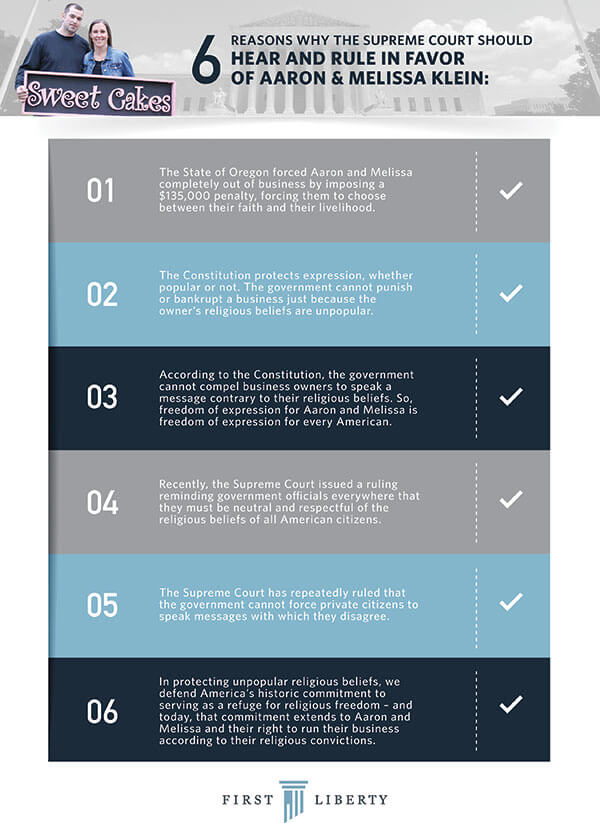 Give Today!
Help us Win for Aaron and Melissa and millions of American business owners!