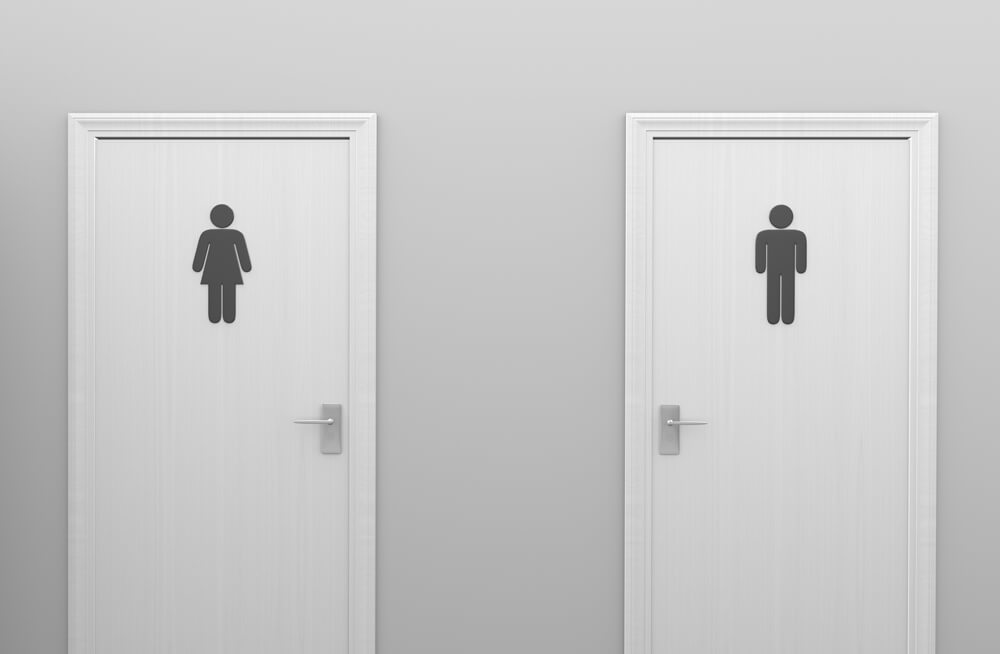 On February 22, the Trump administration issued an Executive Order that, for now, gives needed breathing room for religious institutions regarding fidelity to their beliefs about gender and the use of sex-specific facilities for males and females – showers, locker rooms, dormitories, and bathrooms.

The peril to religious institutions pertaining to these recent developments began last August.

The Obama Administration took action to open intimate facilities to transgender students in schools, seeking to redefine “sex” in Title VII and Title IX of federal law to include ‘gender identity.’ The so-called “transgender mandate” became, in effect, an “anti-privacy mandate.”

As Matthew Kacsmaryk, Deputy General Counsel of First Liberty explained it, “Students would be able to use showers, locker rooms, dormitories, and bathrooms of whatever ‘gender identity’ they subjectively identified with, rather than the male or female sex evident in their biology or listed on their birth certificate.”

“Without amending the relevant statutes or creating a new rule pursuant to the Administrative Procedure Act (APA),” said Kacsmaryk, “the Obama-era Departments of Justice and Education attempted to rewrite federal law to include ‘gender identity’ classifications that did not exist as concepts when the original statutes were written in the 1970s.”

They did this, he said, by writing and publishing two letters threatening schools that failed to comply with the redefinition of “sex” to include “gender identity.”

Everything that was once exclusively female or exclusively male—restrooms, showers, locker rooms, overnight accommodations for field trips—would be required by federal law to change. Biological males would be allowed to use female facilities and vice versa.

Although the action by the Obama administration dealt with public schools, it laid the groundwork for a leap into religious schools. This change would have mandated that religious schools violate their doctrines on sexuality or risk losing federal grants or tax exemptions.

Indeed, during the 2015 Obergefell v. Hodges same-sex marriage case at the Supreme Court, less than one year prior to the anti-privacy mandate, the U.S. Solicitor General admitted to Justice Samuel Alito that faith-based colleges opposing the new law would struggle to keep their tax-exempt status.

This ominous vision seemed to be coming true very rapidly.

The controversy deepened when a biological female who self-identifies as male asked teachers in her Gloucester County, Virginia school to treat her as a boy. When the school asked that she use a unisex bathroom rather than the boys’ bathroom and locker rooms, the girl—encouraged by the ACLU—sued the school.

The lawsuit ended up at the U.S. Supreme Court, where First Liberty Institute filed an amicus in brief in January on behalf of religious organizations, religious colleges, faith-based primary and secondary schools, and professors and educators from faith-based institutions all over the country. All were concerned about their religious freedom.

“Many religious educational institutions receive federal funding. That means the outcome in Gloucester will apply to religious schools, too.”

Meanwhile, federal Judge Reed O’Connor of the Northern District of Texas blocked the Obama administration’s attempt to redefine sex by stating that “the term ‘sex’ unambiguously refers to biological sex and that, in any event, the guidance was ‘legislative and substantive’ and thus formal rulemaking should have occurred prior to the adoption of any such policy.”

RELIEF FROM A NEW ADMINISTRATION

Weeks after President Trump took office, the new administration, following along with the guidance of Judge O’Connor, rescinded Obama’s policy.

And in part because of the reversal of the Obama administration actions, the Supreme Court declined to hear the Gloucester case, sending it back to the Fourth Circuit Court of Appeals for reexamination.

Now that President Trump has rescinded Obama’s policy, religious colleges are once again protected from having to choose between their religious beliefs on human sexuality and their college’s accreditation, tax status, and receipt of federal funds.

At the same time, this fulfills only one of a series of Executive Orders and other actions people of faith hope to see from the new administration in the effort to affirm constitutional protections of religious liberty. Currently, the President has a broad religious freedom Executive Order sitting in his “in box” that people of faith hope he will sign.

Additionally, just after the Obama-era transgender bathroom policy was released in 2016, the Department of Education published a list of all faith-based colleges in America that receive federal assistance and Title IX religious exemptions.

This list became a “shame” catalog, publicly announcing what was until then, a private index of every college or university that functions in accordance with their faith—something academia in America was founded on. Hopefully this list too, will be taken down, and religious colleges and universities will be free to function in accordance to their religious beliefs.

To add your name to a petition asking the President to sign the comprehensive religious liberty executive order, simply use this link.