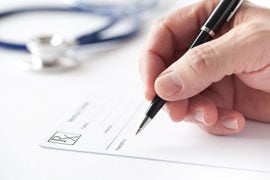 The U.S. Supreme Court recently declined to review the case of Stormans v. Wiesman, in which Washington state pharmacists challenged a regulation requiring them to sell abortion-inducing drugs.

The pharmacists contended that being forced to provide the abortion-inducing drugs would violate their faith, as well as their oath to “do no harm.”

However, rather than simply choosing not to hear the case with no comment, Justice Samuel Alito, joined by Justices Clarence Thomas and John Roberts, wrote an unusual 15-page dissent. This dissent stated why they believed the Court’s refusal was a mistake and issued a stark warning about what it could mean for religious freedom.

Alito’s first words in his dissent state, “This case is an ominous sign.” As he pointed out, the state regulations demonstrate “hostility to pharmacists whose religious beliefs regarding abortion and contraception are out of step with prevailing opinion in the State.” The Court refused to hear a case that raises a simple issue, with vast ramifications: Do people have the right to live and operate their businesses in accordance with their faith?

Do people have the right to live and operate their businesses in accordance with their faith?

First Liberty filed an amicus brief in the case on behalf of 43 Members of Congress, asking the government to protect and affirm the conscience rights of healthcare professionals. Read the brief.

In response to the ruling, Supreme Court expert and First Liberty Senior Counsel Ken Klukowski called aspects of the ruling both “extremely rare” and “ominous.”

“The Supreme Court denies certiorari [refuses to review lower court cases] to literally thousands of cases per year, but almost always without comment,” said Klukowski. “When they comment, usually a solitary justice writes only a few paragraphs. The fact that three justices put out a 15-page dissent from the denial of certiorari in the Stormans case is extremely rare, happening only a fraction of a percent of the time.”

“In the dissent, the first words Alito penned were, ‘This is an ominous sign,’” Klukowski noted. “This case raised the simple issue of whether people get to live their lives and operate their business according to their faith. It is indeed ominous when the government orders people to violate their faith and the nation’s highest court doesn’t consider the topic worthy of public debate. For constitutional scholars and attorneys, alarms are going off everywhere.”

NO REFILLS FOR CONSCIENCE?

So the Stormans family, which owned and operated Ralph’s and Bayview Thriftways in Olympia, Washington for over 70 years, always ran their businesses in accordance with their Christian faith. This included refusing to stock and sell emergency contraception. Customers who asked for the medication were referred to one of 30 pharmacies within five miles of their store.

However, in 2006 the Stormans came under fire for choosing not to carry emergency contraception. Pro-abortion activists began to “test-shop,” asking for Plan B and then filing complaints with the state when the pharmacy would not supply it.

Though a district court ruled in favor of the Stormans family, the Ninth Circuit Court of Appeals reversed the decision after the state of Washington appealed. The Stormans filed with the Supreme Court, requesting the Court hear the case. First Liberty Institute submitted an amicus brief, along with many other organizations, including multiple other pharmacy groups, urging the Supreme Court to take this case and protect the conscience rights of pharmacists.

But on June 28, 2016, the Supreme Court rejected the request to hear the case.

This prompted the remarkable dissent of the three Justices. Justice Alito wrote, “If this is a sign of how religious liberty claims will be treated in the years ahead, those who value religious freedom have cause for great concern.”

HOPE IN THE WAKE OF DEFEAT

“In the same Supreme Court session that Stormans was rejected, the Little Sisters of the Poor won a battle for religious liberty,” Shackelford said. “If anything, this loss in the Stormans case is a reminder that we are still waging a very hostile war. Legal protections for religious liberty exist in America—but in today’s culture, those fighting for religious liberty in the legal arena must be more shrewd, strategic, persistent, and committed than ever.”

Shackelford also noted that in order for attorneys like those at First Liberty to take and win cases, Americans of faith must be willing to stand up for their rights when they are challenged.

“Arguments that are unsuccessful in one year are often vindicated later as courageous citizens and tenacious legal experts keep standing up and demanding to be heard,” he said. “We can win. But it’s going to take being willing to stand and defend our first liberty.”