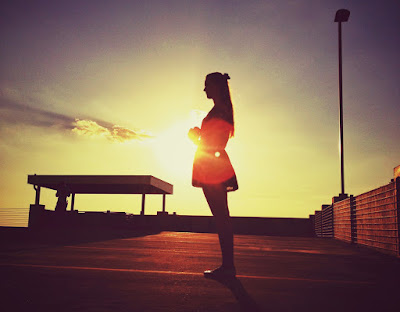 In a case that has become a nationally chronicled battle over religious expression, U.S. Senators John Cornyn and Ted Cruz filed an amicus brief last month in support of  our clients, the Kountze cheerleaders who were told by their school district that their private speech and religious expression were subject to government censorship. The case is now under consideration by the Texas Supreme Court. Cornyn and Cruz’s brief comes on the heels of Texas Attorney General Ken Paxton’s amicus brief supporting the cheerleaders in September.

Hailing from the small town of Kountze, Texas, the cheerleaders are fighting for their freedom to write Bible verses on run-through banners at school sporting events. Their rights were challenged when the Wisconsin-based Freedom From Religion Foundation (FFRF) complained in 2012 to the school district, who in response banned the young women from displaying their self-made banners

The case became a national sensation when these hometown girls stood up to their school district and the FFRF. Their Facebook page exploded, now with more than 37,000 “likes,” and their plight appeared in the pages of leading newspapers such as the New York Times. Because of their courage, the cheerleaders championed religious freedom in schools for the American public.

Even though Liberty Institute and the cheerleaders won the initial battle at the trial court in 2013, the school district appealed that decision, claiming that the cheerleaders’ banners are government speech—and therefore subject to censorship and prohibition at the school’s discretion. The ACLU has now joined the District, filing a brief on their side on appeal.

In their amicus brief , Cornyn and Cruz argue that,

Further, they stated, “Cheerleaders, like all students, retain their right to express their personal religious beliefs, even at school-sponsored events. Tinker, 393 U.S. at 506.”

Liberty Institute is thankful that U.S. Senators John Cornyn and Ted Cruz have made a public stand in support of the Kountze cheerleaders and students’ right to religious expression in public schools.

“We applaud Senators Cornyn and Cruz for their support of the Kountze cheerleaders,” Liberty Institute President and CEO Kelly Shackelford stated, “Their amicusbrief, along with the amicus brief filed by the Texas Attorney General in September, highlights the importance of this battle for students’ religious freedoms.”

In 2012, middle school and high school cheerleaders in Kountze, Texas, decided to paint positive and inspirational messages on run-through banners at football games. The decision to use Bible verses was made by the entire cheer squad and the students themselves. The cheerleaders and their families purchased all materials.

But after receiving a complaint letter from the Wisconsin-based Freedom From Religion Foundation, the Kountze ISD superintendent banned the religious messages.

Supported by their parents and the community, the cheerleaders decided to fight for their free speech and religious liberty rights. That’s when the case exploded into the limelight, garnering nation-wide attention.

In September 2012, Liberty Institute and Beaumont attorney David Starnes filed a lawsuit on behalf of the Kountze cheerleaders and their parents, seeking a temporary restraining order (TRO) and temporary injunction to prohibit government school officials from censoring the cheerleaders’ religious speech.

The judge granted the TRO (and later a temporary injunction), allowing the cheerleaders to continue using the signs for the remainder of the 2012 football season. Kountze ISD stated it would allow the banners, but still claimed the right to censor—or even ban—the messages.

But Kountze ISD filed an appeal to the Texas Court of Appeals in Beaumont. And the American Civil Liberties Union (ACLU) jumped in to file a brief against the cheerleaders. In May 2014, the Beaumont Court of Appeals said that because Kountze ISD now stated it would allow the banners, the case was moot. The court of appeals’ decision, however, left unresolved the claim by the Kountze ISD that the cheerleaders’ banners were government speech subject to school censorship or an outright ban. On behalf of the cheerleaders, appellate lead counsel Gibson, Dunn & Crutcher, LLP, Liberty Institute, David Starnes, and are seeking the Texas Supreme Court’s review of that decision.

In May 2015 Liberty Institute submitted further briefing on behalf of the Kountze cheerleaders, as requested by the Texas Supreme Court, and is hopeful the Court will resolve this case in favor of religious freedom and speech rights of public school students.

AT STAKE: STUDENTS’ FREEDOM OF EXPRESSION IN SCHOOL

As chronicled in Liberty Institute’s Undeniable: The Survey of Hostility to Religion in America, attacks against the religious free speech rights of students are escalating as more and more organizations send misinformation and legal threats to school officials.

But the law is on the side of religious freedom in schools, and Liberty Institute vows to continue the fight on behalf of the Kountze cheerleaders, and to protect freedom for future students nationwide.

To learn more about the religious rights of students and teachers in school, read or download Liberty Institute’s new, free-of-charge Religious Liberty Protection Kit for Students and Teachers.