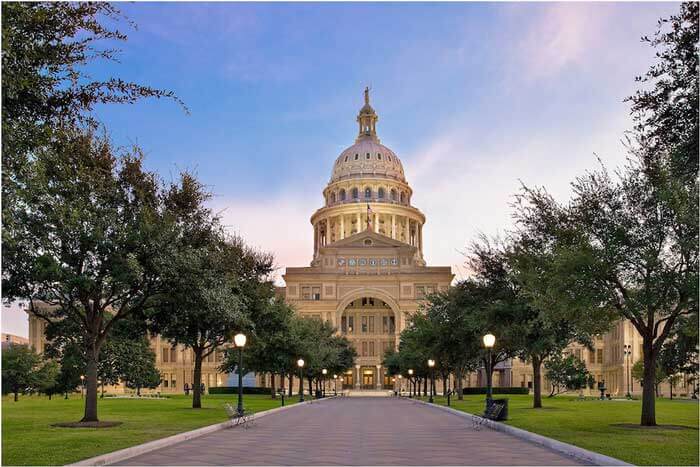 It began with a simple desire from Mack to accommodate the people he served in Montgomery County, Texas.

With no medical examiners in the county, Mack has served as both Justice of the Peace and county coroner since his first election years ago. A first-on-scene responder to county deaths, he found it hard to serve the emotional needs of families while performing the duties of coroner. So he invited leaders from every faith in the community to volunteer as chaplains.

The resulting chaplaincy program was open to the leaders of every religion represented in Montgomery County—and completely voluntary.

With the new program, families of the deceased were able to request a volunteer chaplain of their preferred faith to join them at the scene of death. To honor the voluntary chaplains who served, Mack allowed them to open county court sessions in a brief prayer on a rotating basis.

Freedom From Religion Foundation complained about both practices in September of 2014. The Commission responded by launching an investigation of Mack and his practices.

First Liberty Institute represented Mack at his appearance before the Commission in October of 2015, arguing that both Mack’s volunteer chaplaincy program and the practice of opening court sessions in prayer are constitutional, and in fact, not the first practices of their kind to be upheld in the U.S. For example: 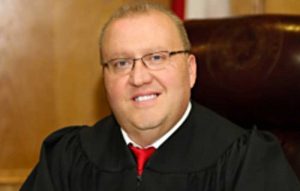 The Commission dismissed the Freedom From Religion Foundation’s complaint after the hearing, but with a string still attached, urging Mack to “eliminate[e] the unauthorized Chaplaincy program and modify the opening prayer ceremony to comport with the perfunctory acknowledgement of religion that is accepted and employed by the United States Supreme Court and the Texas Supreme Court.”

What the Commission failed to acknowledge was that prior to implementing both practices, Mack was thorough in verifying the legality of both a chaplaincy program and the invocation, supporting his decisions with legal precedent and counsel from others.

“The Commission’s final admonishment was uncalled for and unnecessarily burdensome. There was nothing to ‘modify,’ because Judge Mack’s practices were legal to begin with,” said Chelsey Youman, Senior Counsel and Chief of Staff and Counsel for First Liberty.

Though an Attorney General opinion is not legally binding, it sets a persuasive precedent as the official opinion of the top attorney in the state.

“Courts have frequently addressed and upheld opening prayers before the state and local legislative bodies, and they have done so in part based on the history and tradition of such legislative prayers since the Constitutional Congress,” Paxton’s opinion states.

And as for Mack’s volunteer chaplaincy program,

“Courts in other jurisdictions have likewise upheld the hiring of chaplains by county hospitals, prisons, and military establishments in order to provide counseling and guidance to individuals who request it,” the opinion reads, adding that as a result, that Mack’s specific chaplaincy program for the purpose of serving the families of the deceased in Montgomery County would likely be upheld in court.

“This is a total victory for Judge Mack and for the citizens of Texas,” said Kelly Shackelford, First Liberty President and CEO. “If the Supreme Courts of the United States and Texas can open with prayer, clearly, the law allows for Judge Mack’s court to open with an invocation by a volunteer chaplain. Judge Mack’s chaplaincy program could be a model for the nation”