Over two centuries since the Constitution provided for a federal court system, the central question of “Who rules?” is still a struggle. 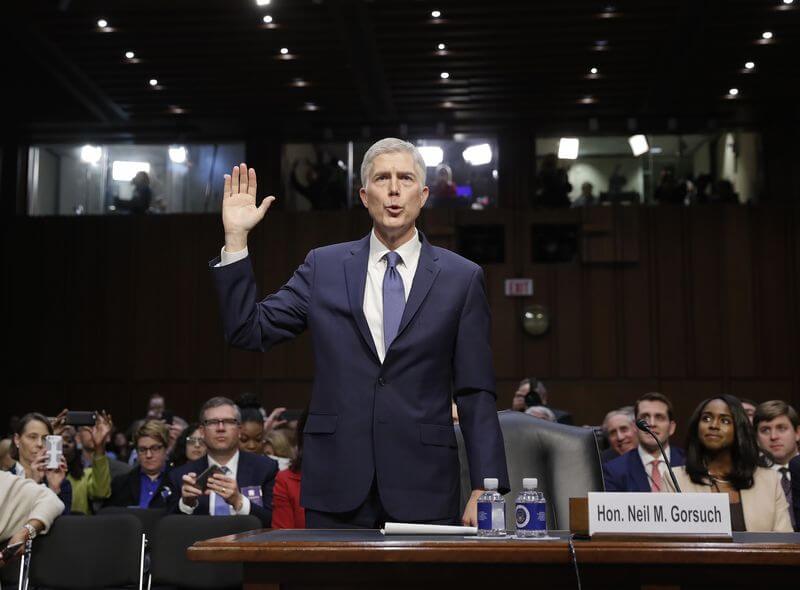 For four days this week, the Senate Judiciary Committee gathered together in the Hart Office Building in Washington DC to voice discussion and pose questions to Supreme Court Justice nominee Judge Neil Gorsuch.

Filling the seat of the late Justice Antonin Scalia on the Supreme Court was a huge motivating factor for voters last November. President Trump chose Judge Gorsuch shortly after taking office in January.

Over the course of the confirmation hearing, the separation of powers doctrine was repeatedly brought up. This is the doctrine by which our government divides power between three branches: the legislative, executive, and judiciary. Ideally, the legislative branch makes the law, the executive branch implements the law, and the judiciary interprets and applies the law when disputes arise.

So why has the judiciary become the center of attention? Largely because a judicial branch asserts the power to strike down actions by the other two branches.

Further, the 20th Century gave rise to “Living Constitution” judicial philosophies that empowered judges to do an end run around the written text of the Constitution and the Bill of Rights.

Many judges have pushed these philosophies to the extreme, creating the practice many call “judicial activism”—the virtual transformation of the federal courts, and especially the Supreme Court, into unelected super-legislatures that often assume the roles of the other branches. These judicial super-legislatures often use the Constitution only as a loose guideline, rather than as a document whose text is to be applied according the provable public meaning of the words actually written, ratified, and codified in its pages.

Thus, controversial issues historically reserved to federal and state legislatures—the “rights” to contraception, pornography, abortion, same-sex marriage—have been “discovered” by judges rummaging through what they see as the loosely defined terminology of the Constitution.

All that has made judicial nominations by the President, and confirmation by the Senate, high-stakes political drama.

Judge Gorsuch has been a proponent of “originalism”—an approach that focuses on the written words of the Constitution and opposes any “judicial activist” attempt to redefine those words to match contemporary fads or fashion. That makes him a threat in the eyes of the activists, a potential restrainer of their ambitions to reinterpret the Constitution according to their ideology.

And that includes the issue of religious liberty. Because “originalism” honors, and seeks to preserve, the written text of the Constitution, Judge Gorsuch’s approach more often favors religious freedom as found in the First Amendment.

For that reason, friends of religious liberty hope these positions are filled with candidates who adhere to the originalist approach.

The United States is a federated system with a national government and semi-autonomous state governments. Regardless of which state one resides in, Americans are under the jurisdiction of two executives: the national president and a state governor. Courts have a similar bifurcation, having federal courts and state courts.

Federal courts deal with federal statutes passed by Congress and signed into law by the President. However, these courts also handle rights and liberties protected by the Constitution. Therefore, if a local or state law violates a person’s constitutional right, that lawsuit may eventually end up in federal court.

These federal courts are organized into three levels: District Courts, Appeals (or “Appellate”) Courts, and the United States Supreme Court. And the vast majority of jurisprudence affecting American lives is not coming from the Supreme Court. 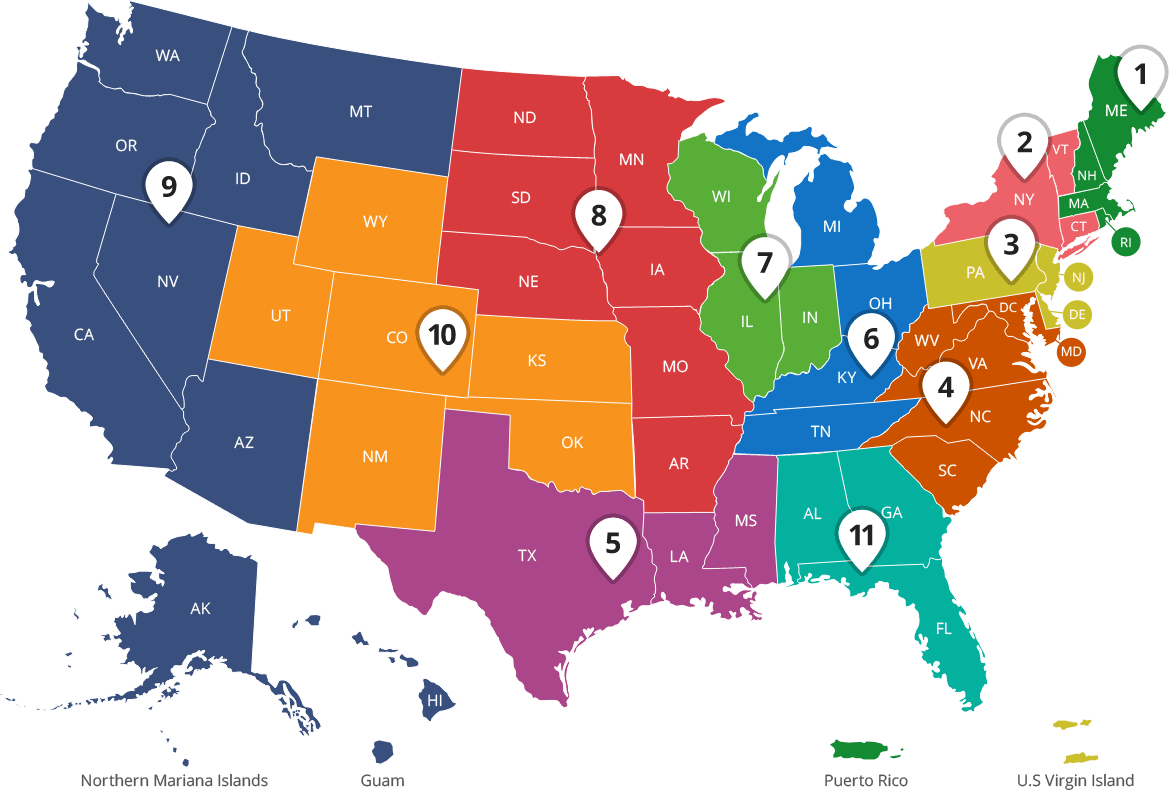 The U.S. District Courts are divided into 94 federal judicial districts, while the U.S. Courts of Appeals are organized into 12 regional circuits (1st, 2nd, 3rd, 4th, 5th, etc.) and one Federal Circuit.

Together they hold immense power to affect the lives of everyday Americans. Appellate Courts can often have more than 15 judges. Generally, three appellate judges sit on a panel to hear a case, but rulings can be appealed to the entire appellate court.

Yet most Americans are surprised to learn that the Supreme Court hears less than one percent of cases that request to come before it each year.

WHO CHOOSES YOUR JUDGES?

This shows why the lower courts are so important—and why filling the 124 vacancies of those courts will have such an impact on so many lives. The seats are filled by nomination of the President of the United States and judges serve for life. For life!

Where do these nominations come from?

But once the President has officially nominated a judge, the Senate must confirm the nomination—and thus, the drama of a Senate judicial hearing such as this week’s for Judge Gorsuch. Because right now in American history, the judiciary holds immense power over the lives of ordinary Americans—more power than the Framers ever envisioned for what one of them called the “least dangerous” branch (in Federalist No. 78).

First Liberty is taking advantage of the openness of the Trump administration to provide detailed analysis on the religious liberty records of many nominees to fill the federal vacancies mentioned above. This includes the U.S. Supreme Court, appellate courts, and district courts. Your partnership with First Liberty gives you personal impact.

Further, First Liberty is providing an easy-to-understand resource for learning more about judicial appointments and judge vacancies through this Interactive Map. Through this page you can also contact your Senators to communicate your preferences for their vote on the confirmation of Judge Gorsuch. 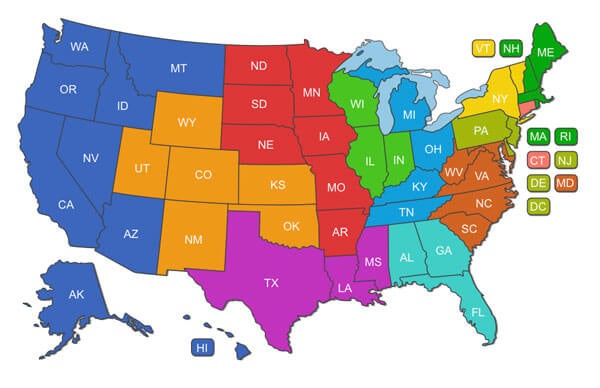 While most of America has narrowed in on the Gorsuch hearing and confirmation this week, let us not forget that the preserving of constitutional freedom for Americans is also dramatically affected by the many lower court appointments to come.

Stay tuned for more information from First Liberty on the contours of the judicial stage on which the future of your religious freedom will be played out.