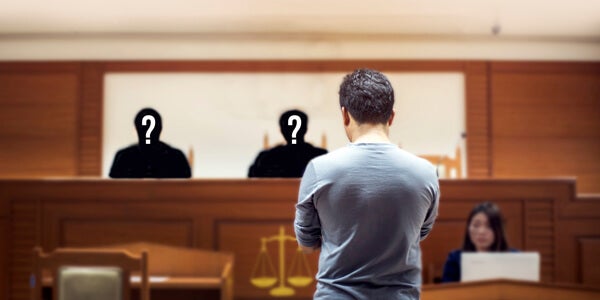 Do you know who’s on the bench?

Recently, the U.S. Senate confirmed an additional 15 of President Trump’s judicial nominees, bringing the total count of confirmed nominees to 84, including all judges confirmed to the District and Circuit Courts, as well as the Supreme Court.

And that means that 1 in every 7 appellate court judges is a Trump nominee confirmed by Senate Republicans.

In this new Liberty Watch series, we’re taking a deeper dive into President Trump’s nominees that have been confirmed to the circuit courts. And in this edition we will be looking at those judges confirmed to the Fourth Circuit.

Why are we starting with the Fourth? If you recall, a three-judge panel of Fourth Circuit heard the Bladensburg WWI Veterans Memorial case, and it was them who issued an outrageous ruling declaring the memorial unconstitutional and threatening its destruction.

The U.S. Court of Appeals for the Fourth Circuit includes the states of Maryland, Virginia, West Virginia, North Carolina and South Carolina. Two of President Trump’s nominees have been confirmed to sit on that bench. And with those two confirmations, the Fourth Circuit bench is fully staffed and working at full capacity with a total of 15 judges.

And that’s precisely why it’s critical for you to know who’s banging the gavel – to understand who is issuing the opinions that affect your religious liberty and that of millions of Americans.

Our team has developed the interactive map below to help you learn more about the two judges most recently confirmed to the Fourth Circuit: Judge Marvin Quattlebaum and Judge Julius “Jay” N. Richardson.

In addition to getting to know those who wear the robes, let’s talk briefly about how this whole circuit court system works.

Circuits are grouped by state boundary lines. There is a court for each of the eleven groups of states, Washington DC, and the Federal Circuit Court which handles special subject matters. Here’s what that looks like:

States typically have their own court systems, but at the federal level, cases pertaining to federal law and constitutional issues start in a federal District Court (more on that in future editions). If appealed, those cases move on to the Circuit Courts – which sit just one level below the US Supreme Court.

And because the Supreme Court only hears about 100 cases each year, the decisions made or upheld by the Circuit Courts have a resounding impact. And those opinions – as in the case of the Bladensburg WWI Veterans Memorial – could determine if the service and sacrifice our fallen heroes will be reduced to the ash heap of history.