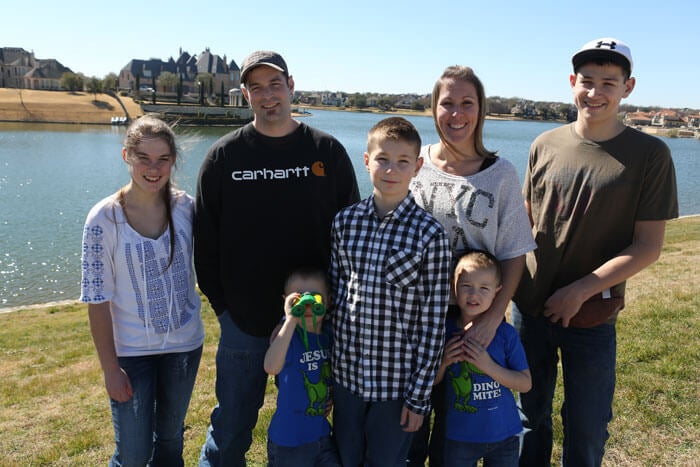 In 2007, Aaron and Melissa Klein and their family opened the storefront bakery “Sweet Cakes by Melissa” in Gresham, Oregon—prayed over by their pastor. Little did they know what awaited.

Six years later, in 2013, their act of declining to create a custom-designed cake for a same-sex wedding due to their evangelical Christian beliefs set off an earthquake in their private lives that shook everything but their faith. It also set off a firestorm in the national media and now in the law which could leave the legal and religious landscape of America very different than before.

That reshaping will happen if the Kleins’ case goes to the U.S. Supreme Court. Here’s how such a final destination could come about.

The facts involved in the Klein case lead to a hard collision: The secular-sexual agenda becoming typical of many government agencies pitted against the religious liberty of citizens that is protected by the plain words of the Constitution and other laws.

The Kleins have sincerely-held religious beliefs, including beliefs about marriage. Aaron and Melissa Klein are evangelical Christians who have homeschooled their five children, and who had their pastor pray over their storefront business—“Sweet Cakes by Melissa”—dedicating it to Jesus Christ. As the First Liberty brief states:

“The Kleins’ faith teaches that God instituted marriage as the sacred and sexual union of one man and one woman . . .

The Kleins’ beliefs about marriage are grounded in the Bible, that, through marriage, one man and one woman become united physically, emotionally, mentally, and spiritually . . .

The Kleins do not believe that other types of interpersonal unions are marriages, and they believe it is sinful to celebrate them as such.”

Aaron and Melissa’s sincerely-held religious beliefs pervaded their business. Because of their religious views about marriage, custom-designed wedding cakes were central to the Kleins’ religiously focused operation of Sweet Cakes. The Kleins created these cakes, in part, because they wanted to facilitate celebrations of sacred unions between one man and one woman.

The Kleins did not refuse to sell to gay people—a legally protected class under Oregon law. In 2010, “Sweet Cakes by Melissa” provided a cake to Rachel Cryer, who would become one of the gay complainants against the Kleins in the current legal case, when she needed a cake for her mother’s wedding.

Religious views on the act of marriage itself and wedding celebrations were the only reason the Kleins declined the request. The First Liberty brief states:

“As they testified, the Kleins would not turn people away on account of membership in a protected class . . . But they also noted that on rare occasions their faith might require them to decline to custom-design cakes for certain events—for example, divorce parties.”

Despite this, the Oregon Bureau of Labor and Industries (BOLI) leveled the Kleins with a crushing penalty of $135,000 and a gag order against discussing their views on standing for their faith in this situation.

During an interview discussing the Kleins, BOLI Commissioner Brad Avakian stated, “The goal is to rehabilitate.”

A CONFLICT THAT MUST BE RESOLVED

While the State of Oregon wrongly charges the Kleins with committing illegal discrimination, it is instead the state that is doing the discrimination. As the legal brief states:

“[BOLI’]s Final Order sends a clear message that [the Klein’s] identity as religious people is not worthy of state recognition and that they cannot operate a business in Oregon unless they facilitate same-sex weddings. In BOLI’s view, that is just how ‘people in a free society should choose to treat each other.’ Perhaps. But BOLI’s charge is to fairly and impartially enforce the law, not to use it to bring about its vision of a free society, compelling people to engage in speech that violates their consciences in the name of “rehabilitat[ing]” religious dissenters.”

So the government of Oregon is giving the Kleins, not explicitly perhaps, but in essence, this message:

You will violate your beliefs. Or the government will destroy your livelihood, your retirement plan, the little business you intend to pass on to your children. Violate your faith, or be crushed like an insect under the heel of the state.

The conflict is stark and goes to the heart of the issue of religious liberty in modern America: What happens when people of faith are ordered to violate their faith in instances such as the Kleins’ faced? That’s why much of the legal world is buzzing about the Klein case. Since the Obergefell same-sex marriage decision in 2015, Chief Justice John Roberts predicted such a case would come before the Supreme Court.

And by then, the Court could have two new justices more favorable than the current lineup. That means the Klein family’s courageous suffering could result in a landmark victory: the first for religious freedom after the same-sex marriage decision.

This is why the Klein case is one of the most important in all American law right now.

Watch for First Liberty’s Facebook and Twitter reports on the Klein oral arguments next week, and for reports in next week’s Liberty Watch on the Kleins’ day in court.