Victories: In the Military

Marine Lance Corporal Monifa Sterling was court-martialed for posting a Bible verse in her workspace at Camp Lejeune. At her trial and on appeal, LCpl Sterling invoked the federal Religious Freedom Restoration Act (“RFRA”) in her defense. However, the appeals court said RFRA did not apply because displaying a Bible verse did not constitute a “religious exercise.” We are appealing Sterling’s case to the Court of Appeals for the Armed Forces (CAAF), which is the highest court in the military, with cases subject to U.S. Supreme Court review. Read more about our ongoing fight for LCpl Sterling.

In 1925, a local post of The American Legion erected the Bladensburg World War I Veterans Memorial to honor the men who gave their lives serving during World War I. The American Humanist Association sued for the removal of the cross, but we won a court judgment ensuring the cross will continue to stand. The American Humanist Association appealed the Court’s decision, and we are fighting for its continued protection. Read more about our ongoing defense of the Bladensburg WWI Memorial.

When Senior Master Sergeant Phillip Monk refused to “get on the same page” with his commander on the issue of same-sex marriage, due to his religious beliefs, the U.S. Air Force relieved him of his duties. First Liberty Institute stepped in and ensured SMSgt Monk was cleared of the charges, achieving victory for Monk before he retired. Read about the victory.

First Liberty Institute led the charge in a 25-year legal battle to the preserve the Mt. Soledad Veterans Memorial Cross against attacks from the ACLU. In 2015, the memorial was finally saved. Read the story that led to the victory. 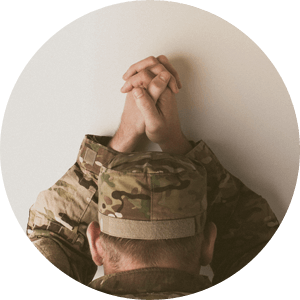 Issues: Religious Liberty in the Military

The men and women in our military risk their lives to defend freedom on a daily basis—and yet their own most basic freedom of religious liberty is often at risk. First Liberty Institute is on the front lines in the battle for religious liberty for all in the military. Seasoned […]

Issues: Religious Liberty in the Military
The men and women in our military risk their lives to Read more